Good value of the money paid

We are not going to be staying in hotel all time so we took the breakfast only package
Our room with balcony see the bool area and in the ground floor was nice.

When we first entered the room it doesn't smells good even we asked the trolley man to change it for us but he didn't came back after I gave him a tip.

Second day I left TRY 20 on the bellow and when we came back there were no smell at all.

There is DJ every night on the pool but we never go because we wanted to explore the famous clubs at Kemer.

Trip type: Traveled as a couple
See all 268 reviews
Nearby Hotels 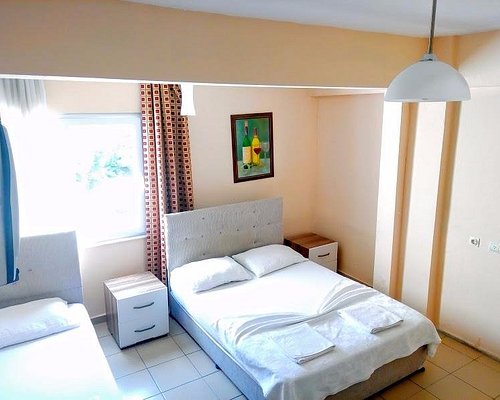 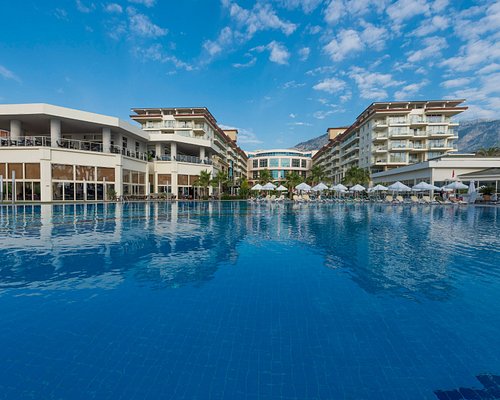 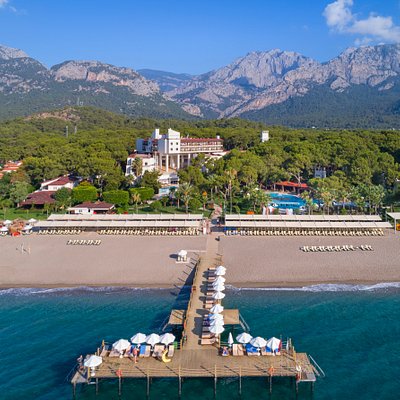 If we consider only rooms this would be a 3 star hotel. But most valuable thing in this hotel is stuff! My wife, me and our one year son were there for ten days. Everyone from receptionist to FMB manager were more then friendly. Because of my job I stayed in various type of hotel and food here is worth 6 star!!! Beach across the street is not maybe the best one but have blue flag. Water is clean almoust you could drink it :))

And once more, the best thing in this hotel are people. Big applause for Yasar and his guys!!!

This review is the subjective opinion of a TripAdvisor member and not of TripAdvisor LLC.
AaronG89
London, United Kingdom
59
Reviewed December 6, 2014
Gelidonya

Stayed here for 10 days in October with my girlfriend who is Russian, I think I was the only English person staying in the hotel, which is absolutely no problem as I don't expect to travel all the way across Europe and be surrounded by English speakers! We got a very good deal so all my comments/expectations were in line with what we'd paid.

We arrived in the early hours and had problems initially as we were put into a fairly poor quality room which was right next to reception, it felt like we had been put there as it was the easiest place to throw us in at that moment, although it was clean and tidy.

We spoke to the staff/manager the following day and got moved to a much better room over-looking the main pool which was much more modern and pleasant.

The resort of Kemer is fairly quiet and the hotel's beach is a pebble beach (my preference is for sand) but there was an excellent sandy beach at moonlight park which was about a 25/30 minute walk, we paid the equivalent of a couple of pounds to hire loungers and a brolly for the day - it's very much a resort for people wanting a quiet holiday.

The hotel facilities were good, although unfortunately due to the time of year the pools were quite cold! We spent the majority of the time at the private beach.

The all-inclusive is ok, the bar stops being inclusive after 11, which could've been irritating but we aren't big drinkers anyway so wasn't a major issue for us. the food was buffet style as you'd expect and generally was very good - there were staples which were on the menu every night but usually something a bit different/nicer such as grilled fish or beef - we certainly never went hungry!

Staff were generally very friendly and happy to help however they could - overall a good holiday and great value for money.

This review is the subjective opinion of a TripAdvisor member and not of TripAdvisor LLC.
VetonG
Skopje, Republic of North Macedonia
423
Reviewed August 14, 2012
Loved the short stay at this real 4 star hotel

I stayed for few days, a week a go and loved it too much, clean, safe, great food, great stuff very friendly, it is way too much better than some other 5* hotels in this riviera.
Had a great " Bali massage "

This review is the subjective opinion of a TripAdvisor member and not of TripAdvisor LLC.
Joesands
London, United Kingdom
23
Reviewed April 26, 2012 via mobile
Not what I expected but not bad all the same

I booked this holiday as a last minute get away, it's advertised as 4 star and I'd say at best is a low 3. The staff where very friendly and could not have been better! The room wasnt anything special and the bathroom was abit poor standard with Luke warm water. I was visiting my partner who works in turkey and found it strange I had to pay 20 quid for her to stay a night. In general the hotel was very clean, the restaurant manager was great. Always friendly and remembered your name! The food was very tasty but could have been more meat options. It was nice that all through the day there was snacks at verious times. In general. It a bad hotel and a good priced hotel. It's defiantly not a 4 star hotel but for a cheap and cheerful get away with no thrills it's ok.

I stayed in this hotel from the 25th march 2012 for a week.
The service is exceptional.
The staff will help you as much as they can and are very friendly.
The rooms are very clean and the complex is kept clean all the time.
The food is very continental and not for those seeking british breakfast or pub grub!
There is food available practically all day once lunch is finished from the cook that will make you a fresh burger to small cakes available just before supper is served.
There is a small but working fitness area and off that a small heated indoor pool.
The bars are well staffed with a good asortment of alcoholic and no alcoholic drinks to cater for all tastes.
Once the bar is shut at 11pm there is a small disco dance floor and bar underneath the pool bar.
The music taste is not english but if your like me and open to experiancing other cultures will enjoy the experience and remember all drink bought there will need to be paid for.
The hotel is mainly used by Iranians Russians and French which i personally enjoyed and had no problem of interacting with the different cultures but not maybe all peoples tastes.
All in all a great holiday and would not hesitate going back there.

This review is the subjective opinion of a TripAdvisor member and not of TripAdvisor LLC.
View more reviews
PreviousNext
123…