$18
View deal
$18
$14
View deal
Hotels.com$18
Priceline$15
CheapTickets$18
View all 13 deals
Prices are the average nightly price provided by our partners and may not include all taxes and fees. Taxes and fees that are shown are estimates only. Please see our partners for more details.
Ruti_11
Tel Aviv, Israel
1323

Nice hotel for a short stopover

We only planned to stay a single night in town on our way south and chose this hotel because it is so close to the cable car going up the mountain, which was what we wanted to do (even though we could have found cheaper accomodation at the center of town).
The staff was very friendly (not much English though), the rooms were large and well aired. Some of the best beds and largest+softest towels we got in Thailand. Breakfast was large and good.

Room tip: Our rooms were quiet enough but I imagine that some rooms may get noise from the nearby highway - worth checking.
See all 49 reviews
Nearby Hotels 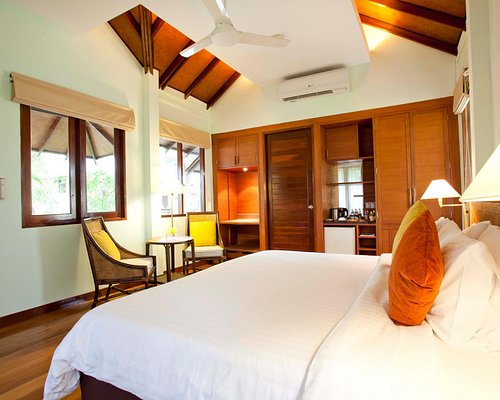 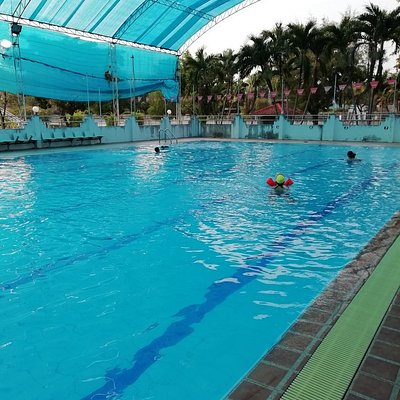 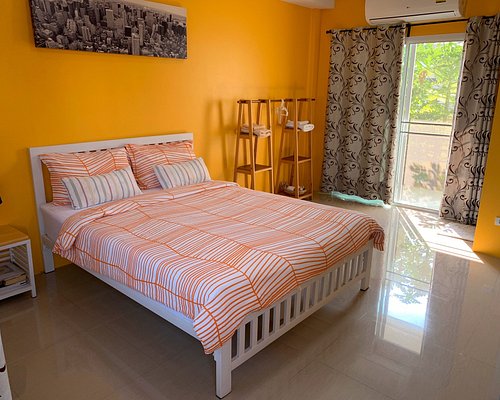 It is a Simply hotel with friendly staff and it is close to the highway .It is located far from the Centre.
There is an alternative :
2N Guesthouse ,it is a brand ,brand new guesthouse ,spic and span ,run by two nice sisters . You can find them on Facebook : 2 N guesthouse Phetchaburi . It is located 5 Km from the railway station ,and they have free pickup !

This review is the subjective opinion of a Tripadvisor member and not of TripAdvisor LLC.
BicycleVince
2
Reviewed August 23, 2012
Okay for an overnighter; noisy though.

Midrange, right across the street from the tram to Khao Wang. On our particular stay (room 201) we had noisy neighbors having a party which the staff seemed unable to end upon our request, live music being played across the street until midnight and an aircon that was in need of maintenance (noisy). Friendly staff and well kept.

This review is the subjective opinion of a Tripadvisor member and not of TripAdvisor LLC.
adrianaBrasschaat
Brasschaat, Belgium
9949
Reviewed May 4, 2012
cheap but good

19€ for one night, breakfast included. Value for money. The bed is hard, but so are most beds in Thailand. Breakfsat was ok in a nice open space. Hotel is just opposit the cable car, about 15 minutes walk from the center.

This review is the subjective opinion of a Tripadvisor member and not of TripAdvisor LLC.
A-Canadian-in-London
Singapore, Singapore
113178
Reviewed February 26, 2012
Good mid-range choice

Sun hotel is a mid-range property. The rooms were very large and bright, and the large bathrooms have a bathtub with over-bath shower, big fluffy towels and a bathrobe in the room. There's a tv, and good aircon.

There's wifi, but as this is a mid-range hotel rather than a budget hotel, it's not free.

Breakfast is included, served on the open air dining room. There are 4 or 5 options for breakfast, a mix of asian and slightly westernised options.

The location is practically right across the street from the cable car up to the hill to Khao Wang (Palace Hill), and you can walk to the downtown area for the market in about 10 minutes.

I paid 790B per night, and stayed in December 2010 (tripadvisor have only just added the property, so I couldn't review it before now).

PLEASE NOTE: Anyone using the Lonely Planet, the map shows the wrong location for both the bus station to further down the coast, as well as the wrong location for Khao Bandai It Caves (at least in the 2009 edition).
For the buses, head south along the main road from in front of the hotel. The buses leave from the SE side of the intersection with Th. Bandai-It (look for big umbrellas, some plastic seats, and a guy in a blue waistcoat) - avoid the side street that Lonely Planet claims the bus station is on - it's lined with vacant lots that are home to a pack of pretty unpleasant dogs (I got chased).
The caves are on Th. Bandai-It (funnily enough). Head west from intersection where the bus stop is (watch out for dogs at the cave complex).