I was in Phuket in July 2012. And checked in Patong paradee resort for 3 days. Importantly the hotel rooms and bathroom are clean. Room rates are affordable. Also walkable distance from the patong beach and main patong area. Even the staff is helpful. Great place to stay, value for money. 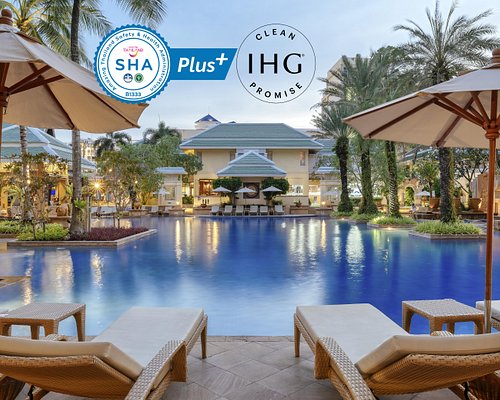 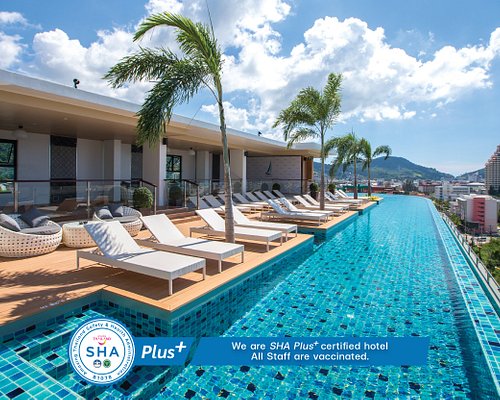 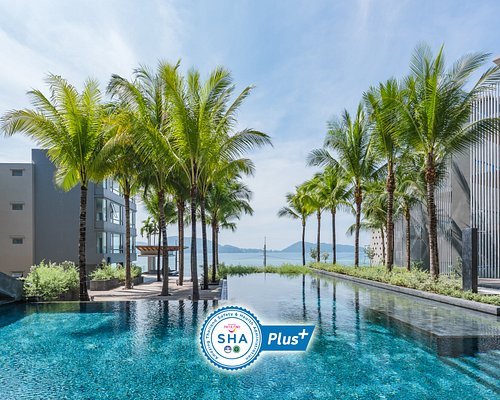 I did not expect anything great - just an average, clean hotel with nice and helpful staff would be enough. Unfortunately my expectations were to high. The room was ok, with fresh bottled water every day, quite comfortable bed and internet (on the top floor - so they improved it since January), although I have no idea why was it called deluxe as in my opinion it looked similar to the others rooms (which I saw through the open door while beeing cleaned). However the bathroom was auwful - it smelled like sewage, drains were blocked and the water was yellowish - that was absolutely disgusting! I complained about that twice and they did nothing to repair that. Staff was rude, unfriendly and could not speak english (the only helpful person was a Russian girl at the reception desk - I think the only one that could speak english and was nice). The breakfast was nothing special - thai dishes were not good at all and I think they serve for breakfast what they did not sell the day before (as there is a restaurant also - I do not recommend it - there is much nicer place 1 minute walk towards the beach, selling also ice creams), so I used to eat only fruits - if you have choice not to book a breakfast just do it as for 2 pounds they ask for it you can have a really nice breakfast somewhere else. I would also like to mention that the swimming pool is really small and there is no sun afternoon and that they charged me more that they write on their website for the airport transport

This review is the subjective opinion of a Tripadvisor member and not of TripAdvisor LLC.
SubbuJois
Bangalore
9437
Reviewed June 25, 2012
Good place and close to the action

Stayed overnight at Patong Paradee in January. just the right distance from the heart of action! good hospitality! will go there again!

This review is the subjective opinion of a Tripadvisor member and not of TripAdvisor LLC.
Katie S
Melbourne, Australia
6025
Reviewed May 19, 2012
Great, as expected

Graet location, just off the main drag. Good clean room. But the bed was terribly hard. Staff were helpful and wifi worked well. Good safe place to crash each night.

This review is the subjective opinion of a Tripadvisor member and not of TripAdvisor LLC.
Joaofgf
Porto, Portugal
1641
Reviewed January 9, 2012
Nice photographer

They first gave me a room with NO Windows... Though, they say on agoda's website that "all the rooms have a private balcony"...

This review is the subjective opinion of a Tripadvisor member and not of TripAdvisor LLC.
leisureBond
New Delhi
2073
Reviewed September 10, 2011
Nice hotel, as the name says!

We booked 2 rooms for our couple days stay @ phuket. It is a nice budget hotel I will say as it has scenic views from rooms with a nearby market and beach. Also offers facility of renting bikes making the conveyance independent and easy.
Well there is sometimes a communication problem in English with the staff though negligible. I had one room on 4th floor and one on 6th floor, both ambient ones with complimentary tea/coffee packs and water.
Man, one naughty creativity in the rooms was the interface between the room and the bathroom/toilet. It was glass transparent with adjustable shades...LOL :D some may feel awkward but its true.
Hotel is equipped with wireless network for internet, a pool with separate section for kids and a good spa/massage center.
Food was delicious (had just breakfast though) and had variety of delicacies. There are couple of roadside benches where you can enjoy your meals with cars going by you......vrooommm.
Overall a nice place to stay!