$36
$15
View deal
Free cancellation until 10/31/21
Expedia.com$27
Priceline$19
ZenHotels.com$36
View all 14 deals
Prices are the average nightly price provided by our partners and may not include all taxes and fees. Taxes and fees that are shown are estimates only. Please see our partners for more details.
kevBan
tweed coast
3740

I booked this hotel because it advertised a penthouse and the photographs were very appealing. This hotel does not have penthouse rooms. While the rooms were spacious and clean, the furniture was cheap and the toiletries were sparse. I had to ask for toilet paper and soap on arrival.
Breakfast was very average and did not cater well for large groups, which was our experience three of the five days we were there.
The location was quite close to Bangla Road, but there was no real accompanying noise.
This hotel was not value for money and I would not recommend it.

See all 809 reviews
Nearby Hotels 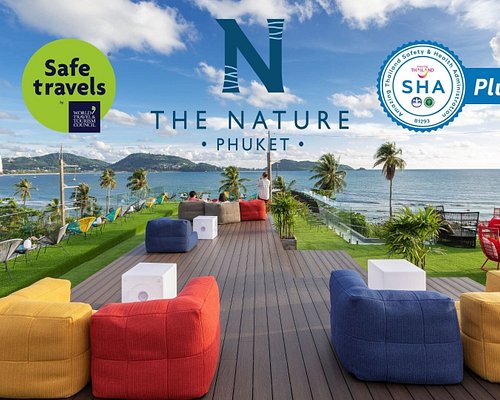 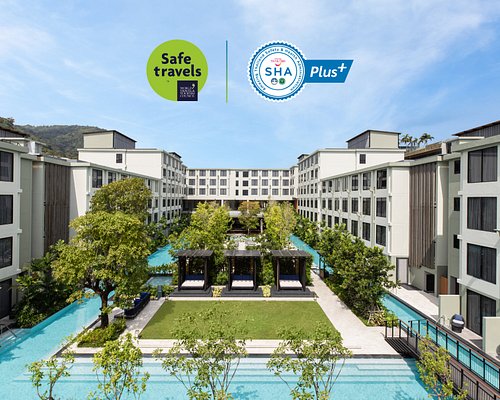 The lantern, situated about 3 minutes from Soi Bangla is a absolutely chic hotel with freshness and smart business looks in its side. The rooms are absolutely wonderful and the sizes are simply awesome.

Few negatives: breakfast could improve, reception needs to be more experience, no reasons why two keys are not given in a deluxe twin room.

This review is the subjective opinion of a Tripadvisor member and not of TripAdvisor LLC.
Samata2k
Torrance, California
5960
Reviewed September 7, 2012
New hotel, clean rooms and good value for money

We did not make any bookings. On our way to Phuket an agent suggested us this hotel having heard about the hotels in Thailand we were unsure how the place would be. But, it turned out to be more then our expectations.

The very big clean rooms with good beds. I know why I mentioned beds, cause thailand is famous for good rooms and hard beds. But, this hotel had real good beds. The shower rooms were really clean. There service was good and the breakfast served in the restaurant was edible to Indians. I barely ate anything anywhere. I think besides the breakfast in hotel I survived on fruits and Burger King.

There are 2 pools of which 1 is on the terrace. The hotel is located on the main street of Patong just a minute walk. We had a pleasurable and a peaceful stay here. I would highly recommend this hotel to everyone.

Room tip: We had a pool side view on 2nd floor.
Ask Samata2k about The Lantern Resorts Patong
1  Thank Samata2k

This review is the subjective opinion of a Tripadvisor member and not of TripAdvisor LLC.
PrasadRamdas
Mumbai, India
713
Reviewed August 19, 2012
Average stuff.

This was just a one night stopover for 3 of us, booked into two rooms. We checked in late into the hotel around 10, after a long hunt for where the hotel is as it does not show up on the GPS as well. Must be coz it is a new property. Look for the Yorkshire hotel on the gps and it is just around the block from this property. This place does have decent parking spots in the basement but the staff seem to have no problems parking behind cars. Had to wait for a bit before I could pull out the car the next morning, with a little help from the guard of the property. Doesn't speak English that great but understood the problem and helped me out by calling out for the guy who had parked his truck behind my car. Checkin and checkout experience was pretty smooth. Not too much difficulty with the staff.

Our room was a lot better than the one my friend had to deal with as it had the distinct smell of smoke. Surprising as the whole property is supposed to be non smoking or at least seemed to be. We were put up on the 2nd floor, haven't faced the sound problems that other reviewers did. rooms are also decently sized but not the most VFM (value for money) but you have a lot of options quite close by and better.

The place though is very close to all the action spots in patong and just a couple of mins walk away from Quite a few decent food joints as well.

This review is the subjective opinion of a Tripadvisor member and not of TripAdvisor LLC.
JoeIIe
Singapore, Singapore
1946
Reviewed August 16, 2012
Could do better

We stayed by the pool (the wing to the left of the reception) and it wasn't as noisy as what other travellers mentioned if you keep the balcony doors shut. Most of the noise came from the boxing stadium behind rather than the clubs. They blasted stuff like national anthems at 12mn.

Echoes from the corridor could be bad but think we had nice neighbours so not much talking or door slamming at the corridors.

Room wise, there were things they could have done better - replace a torn bedside lampshade, clean out the black stuff at the corners of the cabinet, touch up the paint, fix a slightly leaky bidet. But generally rather liveable.

Some front desk staff were not very good with English so it took a while to communicate but attitude was mostly earnest.

Morning calls were hit & miss - We asked for them on two occasions:
First time was for 6.30am. I saw the staff write "6:30am" on her sheet but our phone rang at 6am. Never mind.

Second time we asked for 5am (our pickup for the airport was at 6am). The staff scribbled something under the counter and confidently told us no problem. But the next morning, the phone did not ring. At 6.05am, hotel staff came knocking on our door as the car had arrived (rooms do not come with doorbells). During checkout, I asked front desk if our morning call had been entered into their system she replied that she did not know as she was on morning shift. Argh forget it. Luckily we buffered extra time for our trip to the airport or we could have missed our flight.

Location was great - JungCeylon and Soi Bangla were 2 min away but unless there's a huge discount, I'm not coming back here again.

By the way, Sea Cong Hotel opposite offers good service if you want to book island tours. They speak good English and their taxi to the airport is 700 Baht (100 Baht cheaper than The Lantern).

This review is the subjective opinion of a Tripadvisor member and not of TripAdvisor LLC.
granite1388
Hong Kong, China
6546
Reviewed August 9, 2012
small but nice and with great service

3 small swimming pool，Location was close to Bangla Road，left with minimart and Gallery cafe Bar，there was a best rate Exchange shop，right hand side with a 7eleven，to a small road at the entrance of car parKing，there was cheap thai food take away restaurant，hotel entrance will be a satay hawKer only open for an hour at Lunch period，compare with other small hotel charge $1000Baht much better,Front Office Maneger 'Aom' and 'Su'were helpful，coffee shop 'Joy' always with smile.

This review is the subjective opinion of a Tripadvisor member and not of TripAdvisor LLC.
View more reviews
PreviousNext
1…107108109…