$33
View deal
Free cancellation until 11/05/21
$33
$13
View deal
Free cancellation until 11/05/21
Reserve now, pay at stay
Priceline$14
Travelocity$33
CheapTickets$33
View all 10 deals
Prices above are provided by partners for one room, with variable occupancy rules as provided by the property, and do not include all taxes and fees. Please see our partners for full details.
Smadil
31

Tropical ambiance with the most adorable puppy... But that's where the comfort stopped.
Despite many requests we only had hot water for one day of our stay. There was a beach worth of dust under our beds and the room was never prolly cleaned during our stay.
Staff were somewhat helpful with travel ideas. The breakfasts were acceptable (just) but the tap water tasted like fish and they didn't provide us with bottled water.
The Overall value was probable $20 per night and yet they ended up pulling 90 out of us. Don't be fooled.
On top of all this one of the staff who was gay (which I have no problem with) kept hitting on my thirteen year old son which was far from appropriate.More 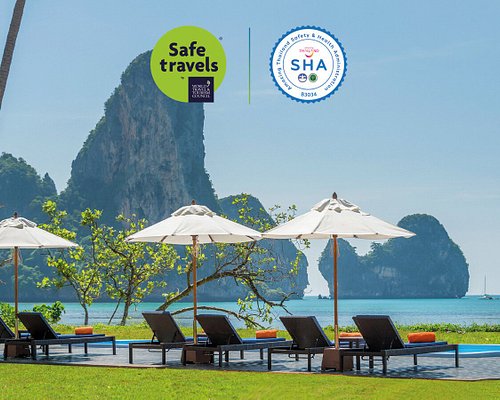 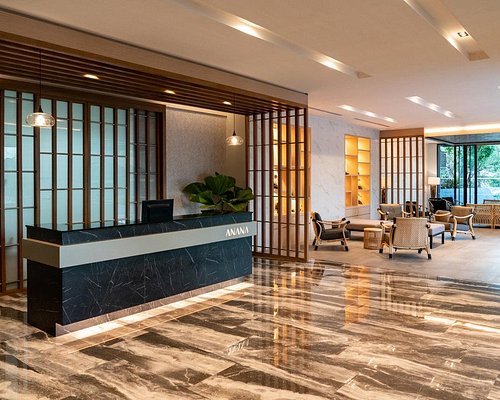 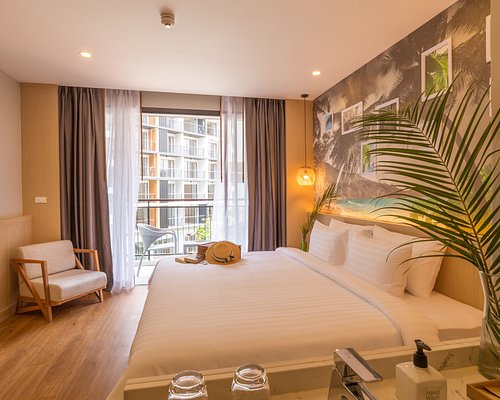 Only downside is the location you'll need a moped or have to grab a taxi but 30 baht to the town isn't bad. Rooms spacious and comfy beds, reasonable priced minibar to other places I've stayed. Staff were always helpful and there is a nice pool.

This review is the subjective opinion of a Tripadvisor member and not of TripAdvisor LLC.
Linda L
Melbourne, Victoria, Australia
44
Reviewed August 8, 2012
Moooooooooould

This place was OK. The breakfast was really basic, but you can order day trips from the front desk and its only a few minutes to the beach and about 10 minutes walk to beach road, which is the main part in ao nang and the place where most people hang out during the day. The stuffed up the bedding in our room and put a double instead of two singles for me and my non lesbian girlfriend, but they then brought in another single and put it on the floor. this worked but made my share my bed with ants. The only problem was with the showers. The water pressure was practically non existent (worse than victoria hotel in cairo) and it was all re routed to spurting out horizontally from the side! I covered the whole bathroom in water and put up with it for two nights and then ended up making them change the shower head and getting the guy to scrub of the solid green mould covering the shower handle attachment which connected the wall to the nozzle as I was afraid it would make me sick. I was really nice about it and so grateful afterwards when I could wash my hair. The have a pool which was ace, but I didnt use it coz of the beach nearby. Also the drinks and chips you can by are really reasonably priced and they had a wireless that worked in the main area but only in some areas in our bungalow. Overall, I think you get what you pay for, a

This review is the subjective opinion of a Tripadvisor member and not of TripAdvisor LLC.
JZK24
Taipei, Taiwan
33
Reviewed June 12, 2012
Good Budget Place

Staff was very nice and helped advise us on what to do as see. Try the cooking classes at Siam Cuisine. They serve an OK breakfast and rent scooters on site. The rooms are quiet except on boxing nights where the match can be heard in the distance. It's a short walk to the beach which makes it easily accessible to the rest of the town. I would stay there again.

This review is the subjective opinion of a Tripadvisor member and not of TripAdvisor LLC.
zicobow
Kent
4160
Reviewed February 24, 2012
Not for longer stay!

we moved here after being unable to stay at our booked hotel due to noise. Mild Bungalows is away from the noise of the town. The rooms are tired, but on initial inspection they were clean, further inpsection revealed cobwebs in the shower room which were still there when we left! We booked in for 6 nights. The air con dripped water all over the floor, a highly polished tile floor which was lethal when wet. The shower room was not cleaned once during our stay, the toilet paper bin was emptied daily (thankfully) and the bath towels changed daily, but the hand towels were not changed once during our stay. The bedroom was swept and bin emptied and bed made. The sheets were only changed when I asked for them to be after 4 nights. I got the impression that people only stay for 1 or 2 nights here and hence cleaning for longer stays is not on anyone's list of things to do! There was a small swimming pool. The staff were rather off hand, and not very attentive during breakfast. If you wanted a second cup of tea/coffe you often had to get out of your seat to attract the staff attention, the place was not that busy! Staff tended to congregate around one table and were obviously discussing the previous night rather than keeping an eye on guests and their needs.
I think if you only want a cheap room for a couple of nights then this will fit the bill but if you expect any sort of customer service you might struggle!

Room tip: look at the room before you pay for it!
Ask zicobow about Mild Bungalow
1  Thank zicobow

This review is the subjective opinion of a Tripadvisor member and not of TripAdvisor LLC.
bangtaoagain
12
Reviewed February 19, 2012
Fawlty Towers?

We booked One night because it was close to the Beach and because they had pool. We were overcharged by the booking agency in the pier-aonang. 4300 baht for a 2000 baht bungalow. The pool was dirty from rainwater night before so they closed it. They couldnt discount for the closed pool because "the booking was not made with mild bungalow".
Our voucher from the agency had disappeared in the reception so we couldnt contact the agency either..
There is 2 beaches in Aonang and the beach 5 min walk away was Dirty and There was no sunbeds or umbrellas. The rooms are very simple. Rough but clean.
No Place to dry towels or swimming clothes. Tv was only black& white. When We opened cooler a mosqito fly away..
very thin walls and every bungalow is 2 separate rooms so if you share with people in party mode you Will be disturbed.