Single rooms with common bathroom at 70 bahts, 250 baht for AC double bedded room, what more as a backpacker one can imagine...
biggest advantage ideally located, very good food at their restaurant at very affordable price tag,
Hotel can arrange bus tickets for bangkok with pick up from hotel's doorstep, if you really want cost effective sightseeing around Kanchanaburi, bike/car hiring is available near this hotel

See all 237 reviews
Nearby Hotels 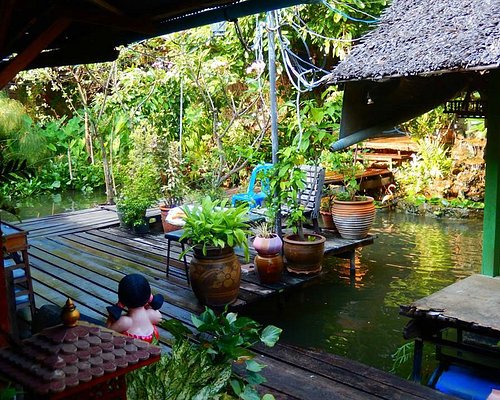 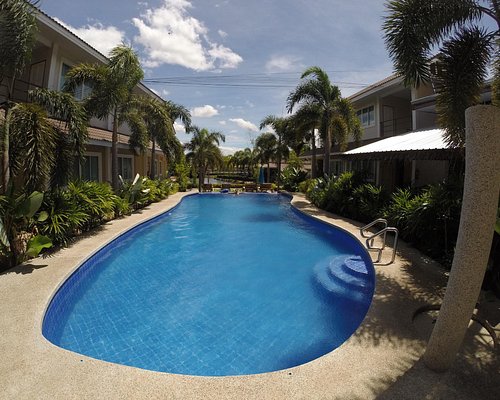 A riverview AC room for 250 bahts has to be a good deal... rooms are clean, AC works, and nothing got lost, I was satisfied with this... Additionally the restaurant serves good food and doesn't harm your wallet... A full chicken, yes a full chicken with eye and beak would cost only 120 bahts...
the location is almost midway between the Kanchanaburi and the River Kwai railway stations, with a lot of other restaurants and other shops nearby... the staff can be more courteous and helpful, but then you don't expect much from a backpacker hostel...

This review is the subjective opinion of a Tripadvisor member and not of TripAdvisor LLC.
jdmartin83
Newcastle upon Tyne, United Kingdom
16788
Reviewed January 8, 2013
Frustratingly terrible!

Wow, what can you say about this place!?!

First up it had to be by far the most frustrating place I've had the displeasure of staying.

The cleanliness of the place is ok but it could do with a spruce but to me that's neither here not there to be honest! I've stayed in far dirtier on my travels but if you want something decent go elsewhere!

The rooms are not the cheapest in the area, by no means the best but to be honest not expensive at all for 290thb a night for a double. The gardens in and around are nice enough but full of disgusting westerners with their "Thai girlfriends". This place is a haven for this kind of carry on... It's actually repulsive to watch and even more repulsive that the guesthouse is happy or this to continue so openly!

The location is also half decent, it's right next to the river, a 7-11 and a load of pubs if you fancy a few beers. Again though at night this place is crawling with creeps out to snag a local. It actually felt worse than Bangkok! Now you know this happens in Thailand but jesus!

SERVICE - wow, service here doesn't exist! I have seen wildlife with more capability to communicate than the staff at this place. The waiters and waitresses actually do everything they can to not make eye contact and in all honesty are absolutely useless! They get orders wrong, serve you cold food... I actually waited over 30 minutes for my order to come after my girlfriends because they put seperate orders in instead of putting them on one order slip... Thai time or not it's pathetic! The lady at the front desk is also a miserable old goat (sounds personal right? Its meant to, her atritude was terrible on check out) who clearly can't be bothered! The staff take orders with ipods in! We were trying to get our bill and half the staff were sat on one side of the restaurant charging and using their mobile phones!

The Internet world in the resto area but not in rooms and goes off quite a bit!

The food in the kitchen though is cheap and relatively good so I cannot knock that! It's just In general the place, which has so much potential is just a calamity with the worst staff ever!

Also we had items of clothing stolen from our balcony which is ridiculous!

All in all I would rather never return to Thailand again than stay in this waste of space! Avoid it if you want to enjoy your stay in kanchanaburi! It does have a few things going or it which is why I have not given it a complete zero score but the cons outweigh the pros hands down!

This review is the subjective opinion of a Tripadvisor member and not of TripAdvisor LLC.
CanadaClare
Toronto, Canada
8772
Reviewed December 26, 2012
The golden era is over

I used to love this place 8 years ago. Sadly it appears that nothing has changed since then including the linens, the mattresses, and any of the guest house's construction which is falling apart. The only thing that I noticed that was new were some creepy older Western men and their "guests" for the night. We checked out first thing the next day and went to Apple's Retreat which was so much better.

This review is the subjective opinion of a Tripadvisor member and not of TripAdvisor LLC.
DrPaulTravel
San Gil, Colombia
218
Reviewed November 30, 2012
One of my favorites--over 20 years of "Backpacking"!

OK...it has been years since I've been here...maybe 10!
But, this place was so good...that I purposely returned to this gem of a location--with outstanding food at an incredible value (AKA "low price").
Loved the steamy-hot metal thingee they placed on your table...with an assortment of meat (beef, chicken, pork, etc.) that you "cooked to order" on the table top! Yum! Even ordered it for Breakfast--it was so good!
Loved the riverside location (and swimming off the dock).
Loved the garden area with hammocks--so nice for taking in the late afternoon with a cool beverage.
Loved being walking distance from the town attractions.
Loved the onsite travel agency (with excellent prices)--allowing for easy connections to fun and adventure!

Yep..."budget travel" rarely gets any better than this!

This review is the subjective opinion of a Tripadvisor member and not of TripAdvisor LLC.
walkabout68
California
5352
Reviewed November 30, 2012
Good simple hostel

Rooms are cheap. Mostly clean with fan or a/c. River front views. Food is cheap and good in their dining area.. Wifi works well in common area and some rooms if it reaches. This is a really basic place but meets most needs. I think every night they play a couple of movies in the dining area. Staff is not supper helpful but also not unkind.

Kwai River Bridge attraction is a bout a 20 min walk. Bus station about a 7 min scooter taxi ride away. Lots of bars, used bookstores and places to eat in the area. Not much to see after the monuments in town besides some nature if into all that.

Good spot on the cheap if don't want a higher end resort on the river.

This review is the subjective opinion of a Tripadvisor member and not of TripAdvisor LLC.
View more reviews
PreviousNext
1…212223…