$48
$42
Free cancellation until 09/20/21
View deal
Destinia.com$48
ZenHotels.com$47
Expedia.com
Travelocity
Hotels.com
Orbitz.com
View all 12 deals
Prices are the average nightly price provided by our partners and may not include all taxes and fees. Taxes and fees that are shown are estimates only. Please see our partners for more details.
Cruisinbob
Atlanta, Georgia
316279

Wiang Inn is an average hotel that has had its heyday. Rooms are dated, however, the bathroom was not as clean as I had expected. The breakfast buffet offered is an excellent value but be advised that the hotel does charter to numerous Asian groups and many items offered at the buffet are geared towards this clientele. The hotel does offer a shuttle to the airport for 100 bath which is a very good rate (I priced different vendors). Hotel location is simply superb in the middle of town a few steps away from the night bazaar market and different eating and entertainment establishments. Free wifi is offered in the main hotel lobby but if you do not have a laptop you will have to pay for it. If you get a good rate, I would stay again at this hotel but 3 stars at most.More 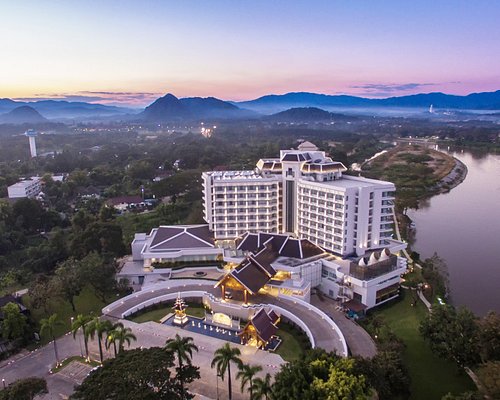 Breakfast included
The Riverie by Katathani
$130 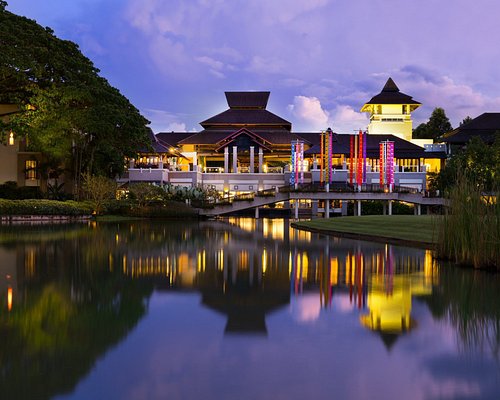 This hotel was much more up market than the price implies. It has a very modern reception area and the restaurarnt had a great breakfast - you will probably want to eat other meals in town or at the markets
Rooms were very acceptable and I found nothing to complain about.
It is the location of this hotel which is the main feature - right round the corner from the night markets (good shopping and great food options) as well as the bus station for those exploring further afield. Friendly staff made this a pleasant stay before heading for Laos.

This review is the subjective opinion of a Tripadvisor member and not of TripAdvisor LLC.
TobiasTokyo
Tokyo
87
Reviewed July 14, 2012
Nice Hotel

You get the feeling that this place was pitched as a luxury hotel back in the day but has since been sliding gracefully into old age. I personally like the atmosphere of hotels like this and find it endearing that nothing has been changed since it was first opened in I guess the 1970s. There is a very good buffet breakfast.

At the risk of putting people off I would advise setting all of the door locks before going to bed. Someone, I guess mistakenly, managed to open our door in the middle of the night almost giving us both heart attacks. Also do watch out for that trick where your credit card is charged in the currency of your home country but at a bad exchange rate. The amount I was almost charged in yen was much more than the actual price in bahts.

This review is the subjective opinion of a Tripadvisor member and not of TripAdvisor LLC.
Colahman
Sydney, Australia
12988
Reviewed June 28, 2012
central location

This is a very acceptable option when staying in Chiang Rai. The location (around the corner from the bus station, middle of town and the night market) made this town very accessible. The hotel foyer is very up market but the overall experience is let down by the grotty bathroom (mouldy shower curtain and outdated decore). The room itself was a good size and clean. The TV is old style and pretty small. The breakfast was Ok, with all the options and overall an acceptable accommodation option. We are not keen on travelling when accessing town and also enjoyed the dinner options available at the night market ( I had the hot pot options for 70 baht and was well satisfied).

This review is the subjective opinion of a Tripadvisor member and not of TripAdvisor LLC.
TimBob_53
Knutsford, United Kingdom
13661
Reviewed June 12, 2012
Comfortable and fine for a short stay

The Hotel is OK for a short stay. the room we had was a little battered around the edges, and had no room safe. It was clean and comfortable enough, but it needs updating.

WiFi in the lobby was poor but free. The restaurant was fine but the food was bland (toned down for westerners??) but breakfast was good, varied and plentiful. The staff were fine, friendly.

It is centrally located and close to shops etc.

This review is the subjective opinion of a Tripadvisor member and not of TripAdvisor LLC.
Charles1000_12
London, United Kingdom
4546
Reviewed May 27, 2012
Excellent value

This hotel, conveniently situated near the Night Market, is remarkable value. I was surprised by the quality of the rooms, facilities and service bearing in mind the rates I paid for two rooms. Chiang Rai itself is a hub for fascinating visits to the Golden Triangle and Mae Salong, both of which I strongly recommend. It is not an entertainment centre though the night market, with its excellently-priced handicrafts, is in my view, better than Chaing Mai's.

The hotel has an imposing entrance and plenty of space for sitting and meeting. The rooms are not large but are well-appointed with good lighting and quiet a/c. The bathrooms were, again, not large but perfectly acceptable. There was plenty of hot water and the shower- pressure was better than I often find in Thailand.
The breakfast buffet is huge, offering both western and Thai food.

Most of all, I appreciated the service. In the lobby, on the reception desk, in the restaurant, everyone was cheerful, friendly and helpful. A minor issue relating to the electrical controls in my room was sorted -out (more accurately, explained) within three minutes of it being reported.

In more than fifty visits to Thailand and stays at many hotels, Wiang Inn has offered me the best value for money.

This review is the subjective opinion of a Tripadvisor member and not of TripAdvisor LLC.
View more reviews
PreviousNext
1…474849…