Quite handy and well priced

My wife and I were visiting Bangsaen with our daughter and her family. They were watching their costs, so we wanted to stay somewhere well priced. The S. S. Beach Hotel gave us a good deal and the hotel is quite acceptable, so we took it. Three rooms, including a nice family suite and two normal rooms - one for the two of us and one for my daughter's mother-in-law.

The hotel is close to the beach, but at the less attractive end of the esplanade. You need to walk a couple of hundred metres to get to the good beach and swimming areas. The classier hotels are up the other end, about 800 metres to a kilometre away, but they're a lot dearer.

I thought the S.S.Beach Hotel was good value. Breakfast was OK. Service was pleasant and efficient. We were there only one night and half a day and had no complaints.

The only downside is that the hotel pool is really not up to standard. Very small and confined. Not worth having really.More

Show less
Room tip: The beachside rooms are a bit dearer, but you get a nice breeze into them and of course you can see the sea!
See all 17 reviews
Nearby Hotels 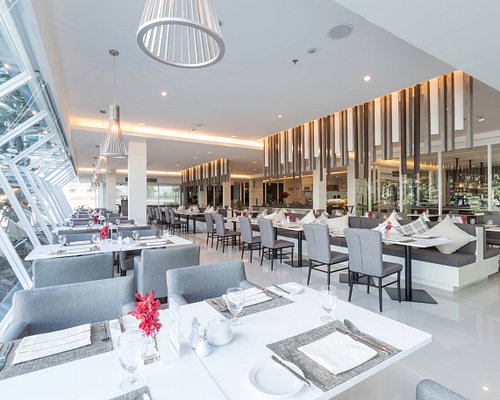 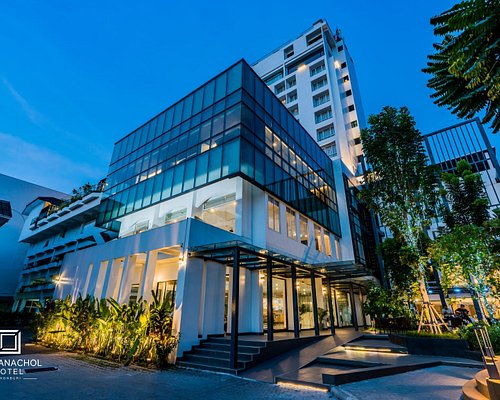 This hotel is typical of a 3 Star Thai Hotel, everything is run down and worn out and needs replacing. The reception ares looks nice and the staff were quite polite. Having stayed many times in Thai Hotels and knowing what the rooms can be like, I aksed to see the room before I booked, the room was spacious and had a good vies of the sea, which I thought was good for the price they wanted, which was 1400 baht.

The hotel also has a swimming pool, but it so small, it would be very crowded if more than 5 people were in there at the same time.

I decided to look at other hotels locally and as these were quite a bit more expensive, I decided to settle on the S.S. Bansaen for one night. When we asked for the same room as they had shown us they gave us a different room, which still had sea views but was not as good as the first one. We asked us to give us the first one they had showed us, but they said there was a problem with the toilet and they were trying to fix it.

The room they gave us was nice and the air conditioning was good, with a very large double bed, hair dryer, kettle and free water in the fridge. The TV did not work properly with a terrible picture and the remote control was broken. The shower did not produce any hot water and there was a bad smell from the drain, someone came to fix it and then left and then never returned, so we just went into the room next door, as the maid had left the door undone and used the shower and toilet in there.

We used the restaurant in the evening and the food was average and the service terrible, prices were reasonable and there was a girl and man singing who were actually quite good.

Breakfast was typical buffet with the usual American option. The staff were very miserable and were very unhelpful when I insisted on having milk with my coffee and not that horrible powdered stuff. I asked them to make an omelette for me as i did not want the other options and the were happy to this, when it arrived it looked really nice, until I cut into it and it was full of oil and very soggy, tried to complain and got the usual shrug of the shoulders that seems common place now with Thai hotel staff.

My partner who is Thai, tried to discuss our issues with the reception staff and they were not interested, so we checked out and went and found a great hotel a five minute drive away.

This review is the subjective opinion of a Tripadvisor member and not of TripAdvisor LLC.
chow2006
London
33
Reviewed March 19, 2010
Some Staff not welcoming

The area around Bangsaen is catered for the locals ( Thai people) city of Bangsaen is nothing like pattaya or Jomtien.
The hotel SS Bangsaen Beach Hotel is ok but with a couple of problems.
When we arrived at the reception desk, we could see the room rates as being 1400.00 Thai baht per night so we decided to take a room for 2 nights. However, when we checked out on the Sunday we had noticed that the room rates had changed from 1400.00 to 1100.00 Thai Bahts per night.
The hotel staff should be more welcoming and should not look at us foreigners as if we are ghosts. The bedroom given to us was so,so but the walls had cracks. and on our floor ( mezzanine ) we could hear the noise from the swimming pool area.
Would I stay at the Bangsaen hotel again,proberly not