Travelocity
Orbitz.com
Priceline$40
View all 14 deals
Prices are the average nightly price provided by our partners and may not include all taxes and fees. Taxes and fees that are shown are estimates only. Please see our partners for more details.
ajawed
Sydney, Australia
94

my family (14 in total, 5 rooms) and i stayed here for 5 nights. and we all absolutely loved it, the service was great (friendly/efficient staff) as was the location (private beach + near shops/restaurants). the only qualm we had was with the rooms' finishing, aged and smaller compared to 2 other resorts we stayed at before in the same area. on the other hand, mukdara's location was much better, so all in all, excellent value for money (we went before the start of the peak season). breakfast buffet was pleasant, but no halal food, so were limited in our options. nonetheless, we would stay here again.

See all 450 reviews
Nearby Hotels 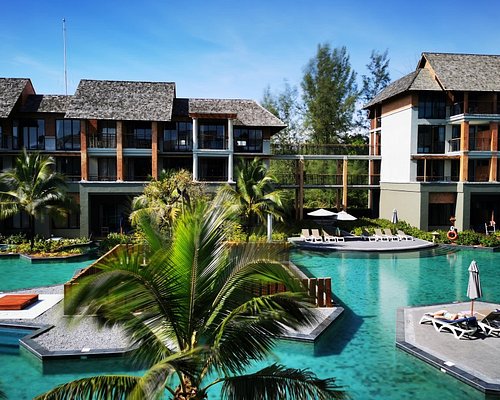 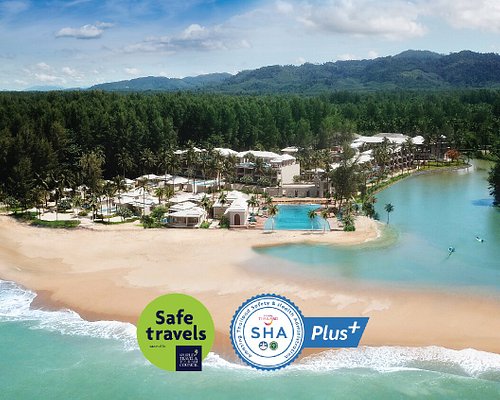 Matt and I stayed at Mukdara in late Oct- early Nov, which I think is the best time to go to Khao Lak- post monsoon and pre busy season. Most tourists were European couples getting some sun and divers/snorkellers going to the Similian Islands.

Mukdara's location is perfect for access to Ban Niang town - shops, restaurants and market just outside the hotel. Khao Lak town is a 5min scooter ride away. Nice beach and unlike other resorts, Mukdara is a beautiful Thai style resort.

For people looking to just hang around the beach, the best beach is Pakweeb Beach, a 15min scooter ride from Ban Niang. Otherwise Mukdara for convenience, Thai experience and luxury.

We arranged for hotel pickup from Phuket airport which was easy. The driver provided cold towels and water for the journey.

We stayed in the Garden Villa overlooking a pond and 1 min walk to the beach. Room was amazing!! The room was large, clean and very comfy.

We had numerous pool front Thai massages, body scrub at the spa, mango smoothies by the pool, room service dinner and dinner at the beach front restaurant. All very good value for money.

When we left via Mukdara transport they had packed a breakfast box for us as it was early.

Overall, this is an amazing resort with very thoughtful service, perfect location and great value for money.

This review is the subjective opinion of a Tripadvisor member and not of TripAdvisor LLC.
cafequeen33
89
Reviewed October 16, 2012
Great place to stay

This is a really nice (and underrated) resort. we stayed in a garden villa, which was fantastic. Rooms are big and the bathrooms are great. The pools at this resort are amazing. There is a HUGE one in the middle of the resort as well as the beachfront pool.
Cocktails and food were nice

This review is the subjective opinion of a Tripadvisor member and not of TripAdvisor LLC.
Kelmarie536
Barnsley, United Kingdom
257
Reviewed June 20, 2012
Amazing experience.

This hotel was out of this world for the amount of money it cost.
The reception area is breath taking and the staff are unbelievably helpful. Prior to our arrival we were upgraded to better room with a jacuzzi which was a nice surprise.
The pool areas are really nice and very large.
The complex stretches out on to the beach front where there is a bar and restaurant.
I would recommend this hotel and would stop there again in a heartbeat.The entire hotel is absolutely pristine and spotless.
We would also like to give a special mention to a member of pool bar staff called "Tor", who always brightened up our day!

This review is the subjective opinion of a Tripadvisor member and not of TripAdvisor LLC.
rickyb62
Bangkok, Thailand
97141
Reviewed April 15, 2012
Khao Lak before Phuket without a doubt

We stayed 3 nights at the Mukdara Resort in Khao Lak in early April.
The resort had a great location, nice beach, basically in Khao Lak town, so not far if you won't and venture out to the shops etc.
With out a doubt, the restaurant that faces the beach, near the front pool is a cracker. The prices are very reasonable for a resort, and the quality of the food is great. They have bungalow as well as hotel room style accommodation. I would highly recommended this resort for family's.
by the way, breakfast was great, the buffet thing as per normal, but the quality and the variety was there.
There are two pools, the one at the front, facing the beach (good for kids or to just cool off) and a second pool in the middle of the resort with pool bar, spas.
The resort must do package deals in Germany, as nearly all the guests where German. The bungalows where a good size, the grounds have lost of greenery and well established. There is a smaller shallow pool facing the beach, next to the restaurant, with massage facilities, which by the where where not expensive for a resort either.
The beaches in Kaoh Lak are wonderful as well.
We actually went to Phuket, but I got pissed off with the hustle and bustle after one day, so we decided to head to Khao Lak after one night.
A couple of things which they need to improve on, and the most important one is Management seems to be non existent. Happy hour at the pool bar should of been called UN-happy hour, the poor staff struggled, you waited at least 20 minutes for a drink. I complained to the FB Manager, but to no a vale nothing changed.
Even some of the staff complained to us about the lack of support of there management at the resort.
Would I stay again?
Yes I would, the positives out way the negatives.
Would I stay in Khao Lak/Phang Nga before Phuket?
With out a shadow of a doubt, the answer is yes, maybe I'm old?
I don't think so.
Phuket is getting over exploited, 10 yrs ago its was fun, but not now.

Room tip: The bungalows near the back pool where shaded and big enough for a family with young kids.
Ask rickyb62 about Mukdara Beach Villa and Spa Resort
2  Thank rickyb62

This review is the subjective opinion of a Tripadvisor member and not of TripAdvisor LLC.
Mla65
Tuusula, Finland
4631
Reviewed March 3, 2012
Comfortable stay

... in Garden villa. Breakfast was served in Beach restaurant. Garden was very beautiful and peaceful and taken good care of. Huge pool. Room is big enough and well kept. There is no need to reserve sun beds early in the morning, becouse there is ehouhg of them and you always find a free one. Good location, many restaurants nearby. Would recommend this hotel.