$44
$17
View deal
Booking.com$26
Priceline$23
Prestigia.com$44
View all 13 deals
Prices are the average nightly price provided by our partners and may not include all taxes and fees. Taxes and fees that are shown are estimates only. Please see our partners for more details.
G459364
1

We had really good experiences with our taxi drivers Ketut and Indra during our stay in the Taksu hotel.
During our day trips they drove us to multiple places for sight seeings and they guided us to explain what it was we were looking at.
We feld very safe with them.
We would reccomment them highly,

With kind regards,
Rene and EvelineMore

Show less
Room tip: Our both rooms were good, The room at the back of the hotel was more quiet.

Our sincere thank for taking the time to review your recent experience stay at taksu Sanur Hotel.
Your 5/5 great review is very valuable for all of us here

We are delighted that you enjoyed hotel day trips services during stay with us.
We are more thrilled to know that our team always provided a warm sincere hospitality during your stay with us.
We will definately share your kind words to Ketut Sugiantara and Indra, will ensure special accolades will be given to both of them

Report response as inappropriateThank you. We appreciate your input.
This response is the subjective opinion of the management representative and not of TripAdvisor LLC.
See all 1,033 reviews
Nearby Hotels 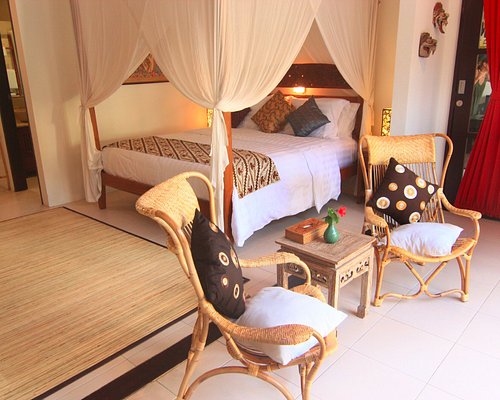 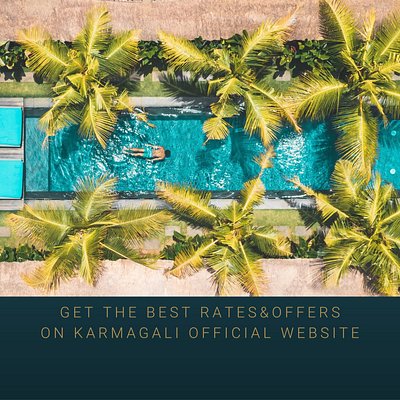 I visited this hotel with my family. I have 3 children.. location is great. many restaurant and cheap laundry.Room is big and clean..the water in swimming pool is nice.. there are balls for playing at the pool.. Breakfast is great considering the price i paid.
I prefer here compared to Kuta.. the staff smile all the times and are very informative. Salute and special thanks to Mr. Yoppy at the front desk. He was very helpfull and kind during my visited there..

Looking forward to your next visit very soon

Report response as inappropriateThank you. We appreciate your input.
This response is the subjective opinion of the management representative and not of TripAdvisor LLC.
Grace G
13
Reviewed June 29, 2019
Disaster

Taksu Sanur was the first destination on my travels around Bali, with which I was less than impressed. Our first issue arrived at check-in, after being informed that - despite booking a twin bed accommodation - these were no longer available. This was a fact we soon discovered to be false.

Despite the hotel being well decorated, it seemed there was an underlying issue with cleanliness. When retiring for our first evening, my friend and I quickly discovered numerous bugs within our sheets, which we assumed to be bed bugs (see pictures attached). After complaining, we received an apology and an offer to switch rooms; an offer which was happily accepted.

Upon arriving at our second room, we opened a door to a twin room - the type of room we had initially been told were no longer available. After thoroughly checking the sheets for bed bugs, we retired for the evening. However, in the morning we awoke only to discover a new issue - the shower. The water, despite being turned to maximum heat, was freezing cold. In addition to this, there was a deeply unpleasant and pungent smell streaming from the drain. We informed reception, only to be told a plumber was to be called. We were scheduled to leave the following day, so are uncertain whether this problem was ever resolved.

During the night, however, I was awoken to someone having entered our room unannounced. Whether this was the plumber or not I am unsure, yet it was far too late in the night for any such employee, and his sudden entrance into the room was completely unprofessional. My friend and I were two young girls, being made quite nervous by the incident. The lights were never switched on, provoking further concern. Therefore, I will not be returning to Taksu Sanur.

We have investigated your feedback regarding the cleanliness of the room, miss handled on room allocation based on bedding request, missed conduct while enter guest room refer to hotel SOP/ Standard Operating Procedure and can fully appreciate your disappointment experienced during your visit

The hotel utilizes check lists to ensure all areas within the room are cleaned to our 4 stars standard.
We can offer no excuse as to why the room attendant failed to adhere to these policies.
We are regret your impression was marred by the training process within these departments. Please be assured the team member will receive additional training to ensure they will deliver guest needs in proper way

Thank you for advising me your concerns, should you visit Sanur again in near future I urge you to contact me directly and allow me to personally welcome you back and ensure your visit is enjoyable and of the highest standard

Report response as inappropriateThank you. We appreciate your input.
This response is the subjective opinion of the management representative and not of TripAdvisor LLC.
makul1903
Olsztyn, Poland
1
Reviewed June 29, 2019 via mobile
Thank you Taksu’s crew for smiles and hospitality

Great time at this place. People there are very kind, at whole island either. We try tasty meals. Swim at the nice pool surrounded by green plants. Excellent service. Hotel is well situated, close to the beach and main street of Sanur. Great dives and interesting trips on Bali. Thank you Taksu Sanur!!!!! Our little 1 year old baby girl was very happy there!!!!

It is always a pleasure to receive positive feedback. We will share your comments with our team.
We are sure that this feedback will serve as an encouragement to all of our staff as we strive to continously improve the quality of our services. We are glad to know that your baby girl was very happy

Thank you again for sharing your experience, and we hope that you will visit us again in near time

Report response as inappropriateThank you. We appreciate your input.
This response is the subjective opinion of the management representative and not of TripAdvisor LLC.
emilycieslinski
Phnom Penh, Cambodia
106
Reviewed June 21, 2019 via mobile
Friendly staff, good value

The staff were friendly and helpful, I had a great Balinese massage, the breakfast was really good, everything was clean, and the property was spacious, it was a good value for the price and was within walking distance of the beach, shops and restaurants

Report response as inappropriateThank you. We appreciate your input.
This response is the subjective opinion of the management representative and not of TripAdvisor LLC.
KatePayne
United Kingdom
139
Reviewed June 19, 2019 via mobile
Booked last minute

We stayed here for 3 nights having checked out of our original hotel which was awful (Atta KàMAYA). Rooms were modern and clean. Pool area was small but nice and clean with good sun beds. Pool is in the middle of buildings so not particularly tranquil or scenic but still nice. Breakfast was ok, buffet style. Staff very friendly and helpful. Would recommend the location as can easily walk to the town, beach, shops, bars and restaurants.

We thank you very much for your review about the hotel. It is always a great pleasure to have you here

Seeing you again soon at our hotel