$15
$13
View deal
Reserve now, pay at stay
Hotels.com$14
Booking.com$15
Travelocity$14
View all 12 deals
Prices are the average nightly price provided by our partners and may not include all taxes and fees. Taxes and fees that are shown are estimates only. Please see our partners for more details.
Jose F
London, United Kingdom
85

This is my favourite place in Bali I have been here for 3 times and its in my opinion one of the best and cheap people are really friendly treating costumers in a great standard service it is close to shops and all the surrounding pubs,clubs beach,restaurants and you can still book in the reception foa car to make trips and everything else

See all 268 reviews
Nearby Hotels 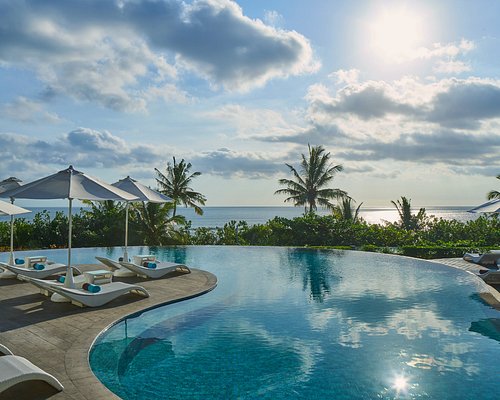 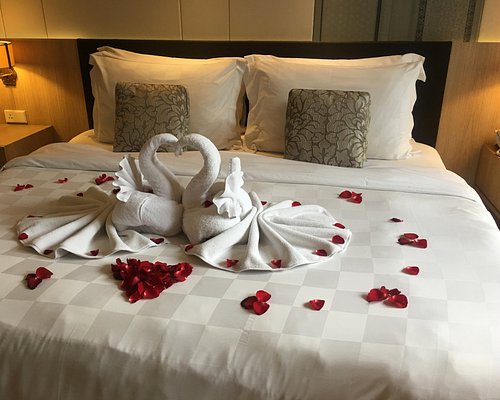 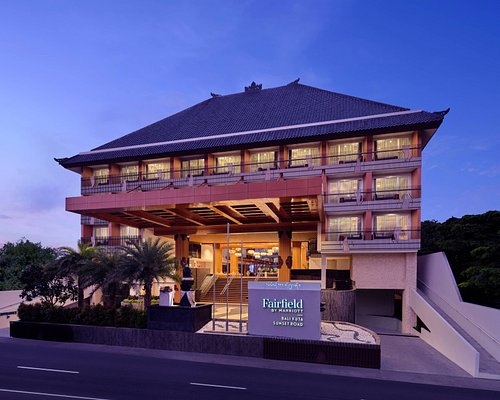 LaWalon is still my home in Bali. The deluxe room is fantastic. The room is very spacious , clean and quiet . The staffs are friendly and helpful. The van service at the hotel is very handy and convenient . It is located on the Poppies Lane I easily to reach Kuta beach and Leigain street. Highly recommended.

This review is the subjective opinion of a Tripadvisor member and not of TripAdvisor LLC.
blackeldo
Kiama, Australia
525977
Reviewed August 13, 2018
Gone Downhill in a Year, but…

….STILL HAS ENOUGH POSITIVES TO AVOID A “POOR” RATING

We usually spend a few nights at LA WALON towards the end of our annual Bali visit. It has a fair bit going for it. LOCATION is good – central on POPPIES LANE 1** within easy walk of all Central Kuta’s shopping, restaurants and the beach. PRICE is lower midrange in Bali terms – ie a bargain by western standards. STYLING AND GROUNDS attractive – built in traditional Bali style with compact attractive garden areas with a nice little pool. COMFORTABLE ROOMS. A VERY COMPETITIVE RESTAURANT and BAR** due to the host of nearby competition – food good, very inexpensive, beer and drinks some of the cheapest all trip, service fast. Ditto the EFFICIENT STAFF in the hotel.

But some things had slipped. NOISE was up on account the restaurant now had entertainment (groups varied but one half of a duo was abysmal) which fortunately ended about 2130 (can you tell we’re early zzzzz-ers?) and the sports bar across the road had a lady-boy show, once again ceasing relatively early – about 2300.
REPAIRS were also needed. We got the same room as last year and I noticed the ripped screen in the bathroom still let in mosquitoes on account the makeshift repairs I carried out had unmade themselves.
One improvement – cleaning staff seemed more diligent in that ground and corridors were always being worked on. Room-wise, we’ve never had issues with cleanliness.

TIPS – pay extra on booking for the inclusive breakfast. A bit of a bargain.
- some cabbies reckon they can’t drive up POPPIES LANE. They can – and drop you in the forecourt.
- superior rooms are closer the lane/restaurant and may be noisier
- the restaurant is as inexpensive as any place in the vicinity EXCEPT the below bottom budget BAMBOO CORNER** about 150m up the lane.
-you can charge food and drink to your room and pay with plastic when checking out.
- the massage ladies near the pool do a pretty good job for the price.

**TRIPADVISOR has separate review pages on these.

This review is the subjective opinion of a Tripadvisor member and not of TripAdvisor LLC.
KajonM
fremantle
72
Reviewed August 13, 2018 via mobile
Mouldy and dirty

Had booked hotel 6 months in advance and guaranteed ground floor rooms for my elderly parents. Upon check in they were given 3rd floor rooms. With complaint they were given 1st floor rooms, still one flight of steep stairs.
I produced copies of emails showing this and was met with complete denial that they had sent them. I was told that as I had booked via a booking agent they would require additional payment to receive a ground floor room even though they had assured me a ground floor room was reserved.
I did not mind what floor I was given but expected a clean room.
On inspection my bed sheets were dirty. Not stained, just not changed. I requested the bedding changed and was told that I could not expect better with white sheets, they were covered in urine? And blood. The base sheet changed, I also asked for the quilt cover changed as it had blood spots over the underside and there was no top sheet on the bed.
When the cover was removed the quilt was filthy, stained and covered in black mould. I said I wanted it removed and I asked for a top sheet only.
I was lucky the air conditioner was broken, as I did not have a quilt. I reported it but it was not repaired.
My parents room had a safe that was not secured in any way and therefore not safe!
The bathrooms were mouldy and sparce, shower head protruding from wall with no shower enclosure. Water from shower aimed directly at hand basin.
The hotel overall was run down and in dire need of TLC.
The only saving grace is that after negotiations with hotels.com and evidence that they had not supplied what was agreed they refunded all but the first two nights of our stay as penalty.
We moved to another clean and well kept hotel at a similar price.

This review is the subjective opinion of a Tripadvisor member and not of TripAdvisor LLC.
532kristym
Newcastle, Australia
42
Reviewed July 17, 2018
Good from far but far from good!

Upon entering the rooms the stench of mould was so strong we had to keep the bathroom closed. The towels were brown with bleach stains and the white sheets came with marks all over them on a very squeaky bed.
For a cheap hotel i would still expect it to be clean..
Room phones do not work and when showering the water runs all the way up to the bathrooms.
The safe was also not secure in the cupboard therefore not safe to leave anything with any value in the room i.e passport/money etc.

This review is the subjective opinion of a Tripadvisor member and not of TripAdvisor LLC.
Joanne A
Perth, Australia
109
Reviewed June 19, 2018 via mobile
You get what you pay for

Very old tired hotel but its cheap and in a great location if you want to be in the hustle bustle of Kuta, situated in the middle of poppies 1.
The rooms are reasonably clean, the bed is very firm the air con is cold.
The phone in the rooms did not work when I was there, so you couldn't order room service. The restaurant/bar is reasonably priced.
Most of the rooms over look the pool so it can be quiet noisy especially if there is a bunch of kids playing.
If you are looking to stay somewhere quiet and refined this is NOT the place to stay.
But if you are on a budget and want to be close to the beach, shopping and the nightlife of Kuta then this place fits the bill.
The staff are (as always in Bali) excellent if you need anything you just have to ask.