$47
$22
View deal
Free cancellation until 07/03/21
Booking.com$38
Priceline$24
Travelocity$47
View all 13 deals
Prices are the average nightly price provided by our partners and may not include all taxes and fees. Taxes and fees that are shown are estimates only. Please see our partners for more details.
Joshua I
Champaign, Illinois
4731

I can't comment much on relative hotels in the Denpasar area, but this one is nicer on the outside than the inside. The common areas, including the infinity pools, courtyards, and main restaurant are very nice. One strange bit, is that they air-condition the lobby even though it is open air. I suppose they charge enough to cover the waste, but it's not a very eco-friendly practice.

Our room was a two bedroom suite, with two twin beds in each bedroom. The main room was spartan, although it does come with a mini-fridge, desk, couch, and TV. Bathrooms were ok, although there is no seal on the glass-enclosed shower so you are likely to get some shower spray all over the bathroom. Bedrooms are just big enough for the two beds. There is also a TV in each one. Overall, the suite wasn't bad it just wasn't that nice for almost 200 USD a night.

A big beef for us was the lack of air-conditioning in the hallways. It was very stuffy. I don't understand the logic of running the A/C in the open-air lobby but not running it (at least on some minimal level) in the hallways.

The staff were incredibly nice and helpful. Overall, I wouldn't complain if I had to stay here again but I wouldn't choose it of my own volition.More 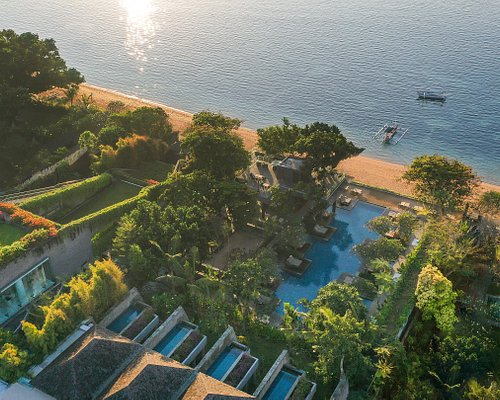 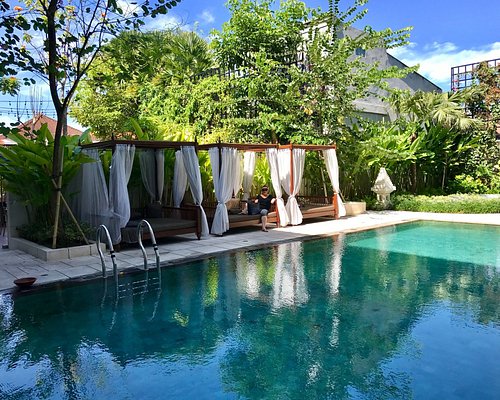 Aston Denpasar was a good central business at Denpasar area, with location near from Ubung station, Sanur and Kuta area.
Meeting event was crowed and and facility support for business, Ballroom was big size.
Also Aston denpasar have HALAL certificate from MUI, so about food do not worried.
But for leisure not recommend.

This review is the subjective opinion of a TripAdvisor member and not of TripAdvisor LLC.
Rillian N
Melbourne, Australia
11
Reviewed November 20, 2012
Good Hotel, Awesome Service.

I missed my flight home, and a friend recommended me to stay at Aston Denpasar to stay for a night to wait for flight the next day. It was nearly midnight when I got there, and the warm and friendly demeanor of the staff there made me forgot about my bad mood. All the staff was so helpful and welcoming. The room was nice and clean and the bed was comfortable.

They also have amazing food at the Jempiring restaurant, and again, the friendly staff you encounter there would definitely be the highlight of your stay. Considering how fussy I am when it comes to hotels, I'm sure you will enjoy your stay here, just like I did!

This review is the subjective opinion of a TripAdvisor member and not of TripAdvisor LLC.
Amenxyz
Jakarta, Jakarta Raya, Indonesia
1
Reviewed November 20, 2012
strategic location in denpasar

if you need a hotel in denpasar for business meeting or convention, this hotel suit you well. but if you in Bali for vacation, please make sure you have a rental car because it take a relatively short drive to beach or other tourist site.

This review is the subjective opinion of a TripAdvisor member and not of TripAdvisor LLC.
bob349
Mississauga, Canada
22257
Reviewed November 6, 2012
Good Value

Amaxingly good for the price. Location not the best and the area is depressed. Two floors of stores only two occupied. Room clean but the furnishings have seen better days.Resturant okay and that is htere is that you dare to eat in close to the hotel,

This review is the subjective opinion of a TripAdvisor member and not of TripAdvisor LLC.
darling w
Jakarta, Indonesia
1
Reviewed September 22, 2012
Very nice hotel to stay and warms friendly staffs

I was staying in this hotel for 2 night, and found that all the staffs was very friendly. They know how to make us feel like home. Nice room, simply design but elegant. Really recommended for hotel in Denpasar area

This review is the subjective opinion of a TripAdvisor member and not of TripAdvisor LLC.
View more reviews
PreviousNext
1…343536…