Not the best place to stay - Garden Hotel

Orbitz.com
eDreams
ZenHotels.com
View all 11 deals
Prices are the average nightly price provided by our partners and may not include all taxes and fees. Taxes and fees that are shown are estimates only. Please see our partners for more details.
allishae02
Sydney, Australia
5429

Not the best place to stay

We stayed here for 2 nights at the end of our Myanmar trip. It is not close to anything really and had to get a taxi to anywhere we wanted to go. We had pre booked weeks before our arrival and when we arrived they tried to put us in a room through the restaurant 2 floors up which was a death trap in a fire...no way out and no fire escape. We complained so then they gave us a room on the 4th floor...it was hot and the fridge in the room didn't work and after some more complaining it was fixed so we could have cold drinks. No lift so it was quite a long way up and down the stairs - 3 flights for every floor.... it wasn't good value and would not go back there again and wouldn't recommend it.More 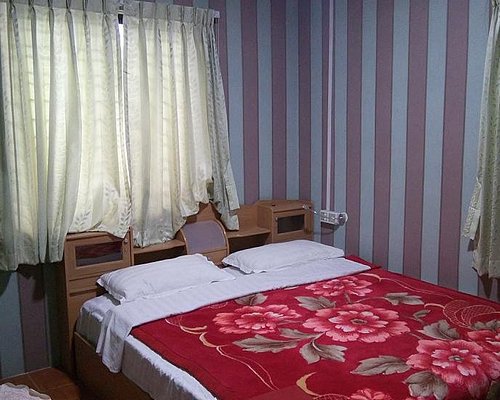 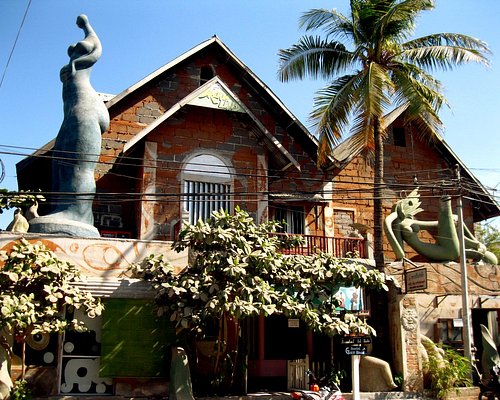 Even the thought of staying at Garden Hotel again makes me cringe. Yes, this is in Myanmar, so your standards for budget hotels shouldn't be very high, as mine certainly were not, but Garden Hotel made me, a frequent backpacker used to staying at crappy hotels, question my decision for not opting for a mid-range option. The room I stayed on the top floor, it had a coat of filth on the floor (I swear they haven't mopped that floor in half a year), no air conditioning, and a ceiling fan that sounded like a dying animal when you turn it on. The bed was extremely lumpy and the sheets smelled like mildew. The bathroom was shared and down the hall, and of course was a breeding ground for bacteria.

However, to be fair, I will point out that after arriving in Mandalay at 3 AM, I went to see 3 budget hotels/hostels that were listed in Lonely Planet, and they were all terrible, at Garden Hotel's level, so at that point, I didn't even care. They are all the same price for a single traveler (I think $10 or $15 a night, I can't remember which). They don't negotiate rates, I tried. The staff is not the friendliest either, in fact, the girl at the check in desk ripped me off initially until I went back and questioned her, at which point she gave me back my money.

The only good is the free breakfast and location in the center of Mandalay (then again, all the other budget hotels are right there as well). If you have any money, Mandalay is the ideal place to splurge and go for the mid-range hotel option.

Room tip: Don't stay on the top floor. It's a long way up, especially with baggage, and the rooms are horrible.
Ask WanderlustV about Garden Hotel
2  Thank WanderlustV

This review is the subjective opinion of a Tripadvisor member and not of TripAdvisor LLC.
ASeanG
Calgary, Canada
3422
Reviewed November 15, 2012
Kind of a dump... but a well located dump...

We stayed here in Early June. The best part was that the AC worked... the worst part was the mushroom cluster growing in the shower. Beds are not very comfy, but the staff are friendly and helpful. The location is quite good for getting around.

Room tip: Check the bed and the bathroom before you decide to take a room... always!
Ask ASeanG about Garden Hotel
Thank ASeanG

This review is the subjective opinion of a Tripadvisor member and not of TripAdvisor LLC.
CKober
Shanghai
11473
Reviewed October 13, 2012
Dirty but cheap

The garden hotel, next to the Nylon hotel, is very much run down. Yet for the price it is difficuly to beat. Rooms have airconditioning. Beds are ok to sleep in, not to hard, not to soft. Walls are flimsy, therefore noise level can be high.

This review is the subjective opinion of a Tripadvisor member and not of TripAdvisor LLC.
GermanoF
London, United Kingdom
285152
Reviewed August 30, 2012
Not suggested by Lonely Planet, but a good budget choice!

In central Mandalay there is a number of hotel recommended by LP and they are fully booked especially in the dry season (Nov-Feb). Garden Hotel is very close to these hotels and you will have more opportunity to find a room.
Quality and price are the same of all the hotels in the area (old buildings in a high-traffic area), but the rooms are cleaned every day.
Different kind of rooms are available (with, w/o air conditioning) for slightly different prices.
Breakfast is included and abundant in the large room (no windows) at the ground floor.
The best option would probably be to choose one of the modern hotels east of the center, but should you decide for the central Mandalay, this is a good place!

This review is the subjective opinion of a Tripadvisor member and not of TripAdvisor LLC.
ansasara
Asigliano Veneto, Italy
6562
Reviewed February 9, 2012
Another gray hotel

This review is the subjective opinion of a Tripadvisor member and not of TripAdvisor LLC.
View more reviews
PreviousNext
1…678…
<script type='text/javascript' crossorigin='anonymous' async onerror='__scriptLoadError(this,true);' s