$136
$70
View deal
SAVE $66
Hotels.com$77
Expedia.com$77
Prestigia.com$136
View all 15 deals
Prices are the average nightly price provided by our partners and may not include all taxes and fees. Taxes and fees that are shown are estimates only. Please see our partners for more details.
wingate
London, United Kingdom
1697860

We went to have brunch at the Intercontinental today.The cost was 170 Lie or about 37GBP.However it was worth it.All the lobster and oysters you could eat plus constantly flowing. champagne.The cold buffet was great the hot food less so,The deserts made up for that slight inadequacy.We stayed from 1pm to c;losing at 4pm.Shame that Bucharest is so far.Not the place you can come to every weekend for Sunday Brunch!

See all 1,805 reviews
Nearby Hotels 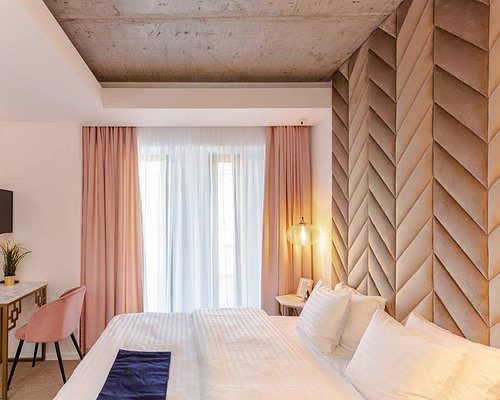 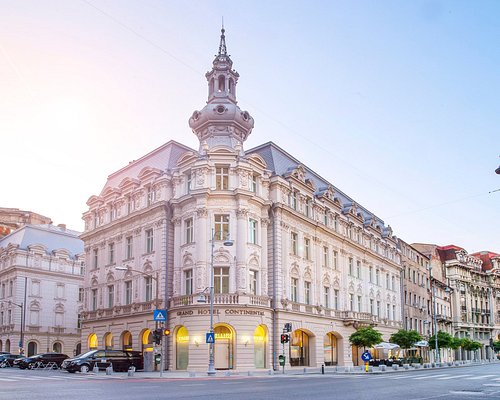 So I booked myself in for 3 nights and headed out there for a long weekend.

I took a taxi from the main Otopeni airport (most of the scheduled airlines use this one, these is one closer to town used by the budget airlines but it's an awful place!) which dropped me right outside the front door. You also have the option of using the airport bus service which would drop you at the main station in Bucharest (Gara Da Nord). From there it would be a short hop to the main Metro station (Univetsitatie) and the hotel has it's own exit, signposted as 'Intercontinental' as you come up from the platforms.

The hotel building itself looks very imposing from the outside, although it is looking a little dated but stil much nicer than most of the buldings in Bucharest!

The reception area is fairly standard Intercontinental fare, and check-in was very quick. I was allocated a room on the 18th floor, pretty much all the rooms have a balcony with a great view of the city. I could see all of downtown and all the way across to the massive Palace of Parliament building that had drawn me here in the first place.

The room itself was again fairly standard for an Intercontinental, but did seem a bit larger than normal. The bathroom was also fairly spacious and well fitted out. The only negative point I could mention would be that the TV was an old style, however I didn't even switch it on during my stay but I did notice that they had a good selection of channels in English along with some French/German/Spanish offerings.

There is a Health Club on the top floor (22nd) that has a nice little pool and a separate jacuzzi which both have nice city views.

All the staff that I encountered were very helpful and most were also particularly friendly and very keen to speak English.

As I've already mentioned, the hotel is literally 30 seconds walk from the main metro stop (albeit that the metro lines aren't particularly extensive) and many buses stop around this main junction.

The old town is around a 7 or 8 minute walk away, it's currently being heavily renovated so most of the roads were dug up but the parts that are finished do look nice!

Overall I'd recommend using this hotel if you're in Bucharest on business or for a sightseeing trip like me. Good location and facilities and all the locals seem to know it (they call it 'Eenter') The only downside would be the old fashioned TV set and the usual extortionately priced Internet access (Lots of local bars and fast food places offer it for free)

This review is the subjective opinion of a TripAdvisor member and not of TripAdvisor LLC.
Andrei S
New Jersey
199
Reviewed August 6, 2009
Great location, unprofessional staff

I spent 2 nights at Intercontinental together with my wife and our teenage daughter.
Good - The location of the hotel is perfect and the views from the upper floors are worth the money. Check-in was fast and the person at the front desk was very helpful. We requested an extra bed that was installed in 1/2 hour for no extra charge.
Bad - The underground parking is connected to the lobby by stairs, but no elevator, so we had to drag our luggage upstairs with no help from the staff. The maid insisted to clean our bathroom and exchange our towels while we were in the room even though we told her we were okay. On the morning of the check-out another member of the staff barged into our room to check the minibar, and then they tried to charge us for items that we never used. The charge was dropped by the front desk person. All the receptionists seemed professional and helpful.

This review is the subjective opinion of a TripAdvisor member and not of TripAdvisor LLC.
ursopolaris
Andorra la Vella, Andorra
4974
Reviewed June 23, 2009
Oasis of civility in Bucharest

I have travelled to Romania quite frequently in the past several years and one thing hard to ignore are the people. The Romanian attitude is often one of self-interest, the word friendliness is a difficult one in Romania – and the people seem to live in a legacy of distrust, jealousy and self-preservation.

I am prefacing this report with the above knowledge, so that a visitor will not be led to make the same mistake as I have in the past and associate the attitudes from the street with a hotel that I consider an oasis from the chaos that is Bucharest.

Staff:
Becoming more and more engaging, friendly. Remember a smile goes a long way. Most staff will speak good English and receptionists generally speak another language as well. Restaurant staff is very attentive and on the concierge level you can get some very good advice on places to go and where to go out to eat.

Rooms:
The rooms are quite comfortable. You will notice cloth padded walls (instead of wallpaper) which is a very nice touch and also insulates from sound from neighbouring rooms. Carpets are clean and not worn. Furniture is solid wood and rooms are nicely appointed. Mattresses are medium hard. If you want something softer I would recommend asking for an extra mattress cover or duvet under the sheets. A little trick ;-) The TV has 58 channels in many languages (just checked) and there is a kettle and supply of coffee and tea. Bathroom amenities are plentiful and – something I notice – good quality and large towels. For American style flat plugs you will also find a 110V outlet in the bathroom, so you don’t need a converter plug. You will need a converter for a laptop. I just checked the broadband speed and got results: download 4.86 Mb/s, upload 4.29 Mb/s which are quite good. Minibar is nicely stocked and prices are of course higher than on the street but appropriate to this kind of hotel class. Due to the age of the building you may hear some street noise coming through the door to the balcony if you are facing the University square but in all fairness it’s something you can’t avoid anywhere unless you go leave the city. Doesn’t keep me awake.

Dining:
The room service menu allows for 24 hour service and various local and international food is offered. I have found that the local dishes are done very well. Breakfast is available also in a restaurant on the ground level and can get busy unless you start early or have some time to go after 9:30am. The selection is but relatively limited compared to other InterContinentals in the region.

ClubIntercontinental:
There was a club lounge for premium guests on the second floor which turned from bad to worse. It has been closed recently and a new club lounge is being built on the top floor under the spa area. It is due to open in the first week of July and promises great views and services more aligned to other InterContinental properties.

Spa
There’s a great small to mid-size pool on the *top* of the building with a bar which will serve non alcoholic drinks. There’s also a gym facility with great views over the city.


Location:
Located ideally in the centre of town, near Government and some Embassies, the hotel is easily reachable via Metro (Piata Universitatii) and via major traffic arteries. I have taken advantage of the pickup service which at about 40€ is only about double that of the Fly Taxi from OTP airport. The difference is that you’re not hassled at the terminal and have a clean, usually non-smoking air-conditioned ride. A plus.

This review is the subjective opinion of a TripAdvisor member and not of TripAdvisor LLC.
TERRAvelista
London, United Kingdom
1525754
Reviewed June 19, 2009
Not bad

The hotel is centrally located with great views all over the town and some 30min/40 euros from the airport. I sincerely wish the government would have dealt by now with all the 'funny' taxi drivers posted at the airport that make the first impression on the level of professionalism one would find in a country and contributing to the image of that country.
My big room was facing south and positioned almost on the top floor with a great balcony where you could not hear any noise and everything seemed to be so peaceful. The hotel is located some 10min pleasurable walk to the major shopping buildings where I found some amazing local buys and the concierge was very helpful in booking some great restaurants.

This review is the subjective opinion of a TripAdvisor member and not of TripAdvisor LLC.
PANAM-Air
Blacksburg, Virginia
7675
Reviewed May 27, 2009
Good location, Clean, friendly people

I stayed 3 nights in Intercontinental Hotel, it was a pleasant stay. The people are very friendly and courteous. The room is very clean and fairly spacious. The bed sheets, bellows, and towels are very bright while and as good as new. The room has a balcony that over look Bucharest. The location is great, it is in the center of Bucharest and 1 minute walk from the Metro station -- very convenient. The breakfast was great with good variety; eggs prepared to your choice. I used the hotel massage it cost 150 Lei for one hour – it was very relaxing. Swimming pool, Jacuzzi, and fitness center are free of charge. The Internet in the room is not free it cost 20Eu for 24 hours. If you plan to get a message girl from outside to have massage inside the room, the hotel policy is to take the girls ID. Most Girls do not like to give their ID to the reception, and they refuse to come to the hotel because of this policy. Almost all girls say that the hotel reception takes 30Eu charge from them when leaving the hotel. I contacted the hotel reception regarding 30E charge, they denies it; they say that the girls are trying to get more money by saying so. Whom to believe!!! The overall experience in this hotel is excellent and I strongly recommend this hotel for families, or business men.

This review is the subjective opinion of a TripAdvisor member and not of TripAdvisor LLC.
View more reviews
PreviousNext
1…217218219…301