A great budget option with all you... - Hostal Tutamanda

A great budget option with all you could want.

A really nice homely feel to this place, I stayed there while i was studying at the Cristobal Colon Spanish School downstairs. I would definitely recommend the two. In a great location, walking distance from La Mariscal and inbetween two major transport arteries one to the Historic centre and the other for the most common day trips from the city.

The hostal is very spacious, comfortable and with facilities like a large communal kitchen, a terrace and a lounge it is easy to meet people and while away a few night in the hostal just relaxing. The staff, Suzanna and Carlos are always happy to help and give you advice about tings to do/see.More 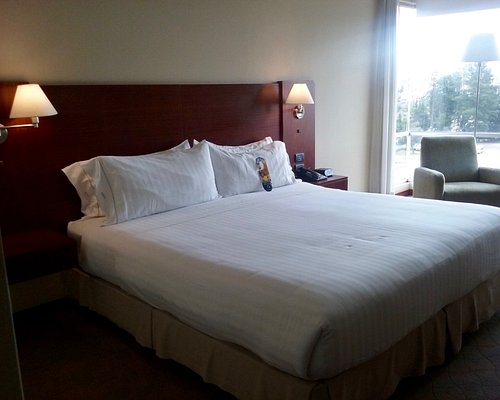 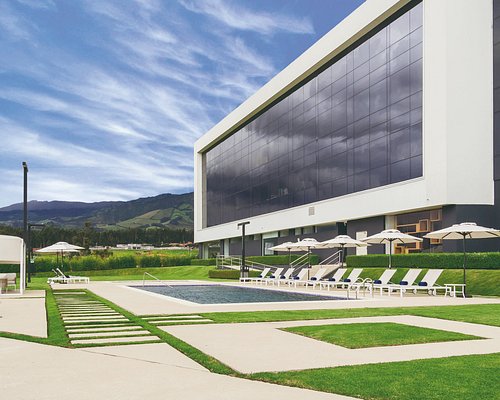 Lovely hostel. We stayed here for three weeks whilst studying at the attached school (Cristobal Colon spanish school - also highly recommended - Estefania is a great teacher). You can have discounted rates on school and accommodation if you stay for slightly longer periods as we did.

The bedroom was a great size with nice parquet floor and storage space for our things. The ensuite was nice and there was always hot water. Carlos cleaned our room and changed our towels and bed linen almost everyday it seemed - in fact he seemed disappointed when we said we didn't need him to! Very very nice.

Kitchen is big, plenty of storage space and crockery and left over condiments etc from previous guests.

There is also a big sitting area with sofas and a TV, and a nice little covered balcony with a hammock and views over Quito and the mountain.

There are a few new posh rooms on the top floor which have been renovated to a high spec. We stayed in the area attached to the school rooms, which felt nice and private but could be noisy from people having lessons outside from about 9am.

Very safe, friendly, and homely - a lovely introduction to Ecuador.

Room tip: There are a few new posh rooms on the top floor which have been renovated to a high spec. We stayed in the area attached to the school rooms, which felt nice and private but could be noisy from people having lessons outside from about 9am.
Ask wheresmyhatat about Hostal Tutamanda
Thank wheresmyhatat

This review is the subjective opinion of a TripAdvisor member and not of TripAdvisor LLC.
dls251
Saint Paul, Minnesota
6480
Reviewed December 1, 2011
Clean and Comfortbale but a little bit Chilly,

I recently travelled to Ecuador for a short vacation. I was on a limited budget and chose to stay at Hostal Tutumanda for the first three nights because of its very low price and convenient location.

I chose to have the hostal pick me up at the airport. It is slightly overpriced at $10 (my yellow cab return to the airport was $2.04) but having never been to Quito and arriving late at night I thought it would be best to avoid any hassles. Upon my arrival, I was taken to room #7, on the third floor. The room was clean and medium-sized with a TV, coat rack, and adequate storage space. The attached bathroom was clean and had plenty of hot water for the shower. The room did face towards the street do there was quite a bit of street/traffic noise and, as is common in lower-end accommodations in South America, the room was not heated which did cause it to be a bit chilly at night. The hostal did provide blankets but travellers might wish to bring some sort of warm clothing to sleep in.

The hostal is attached to a Spanish school and receives many longer-term guests. As such, it does have a fully equipped dining room and kitchen should one wish to save a few dollars by preparing his/her own meals. These guests tended to be in their 30's and 40's so the hostel was much calmer than similarly priced proprties in Gringolandia.

There are several restaurants near the hostal, including a KFC and a 24-hour Panaderia. The hostal is very secure, with two gates and a fence surrounding the property although the surrounding area appeared to be safe and well lit at night.

I dealt with two employees during my stay. The manager of the hostal and Spanish school and the night assistant. The manager speaks perfect English and is very helpful as far as tourism advice and advice on how to stay safe in Quito. The night assistant, Carlos, does not speak English but was still helpful when checking me in and showing me how to get in and out of the hostal gates.

Final Verdict:
I was satisfied with my stay at Hostal Tutamanda. I thought it was an good value for the price and appreciated its relative tranquility and more mature clientele compared to young party-animals at similar properties in Mariscal Sucre. The only change I would recommend is to make space-heaters available in the rooms overnight. 4-stars.