$248
View deal
Trip.com$249
eDreams$226
Prestigia.com$276
View all 17 deals
Prices are the average nightly price provided by our partners and may not include all taxes and fees. Taxes and fees that are shown are estimates only. Please see our partners for more details.
Martin F
East Perth
310

Excellent staff and great location. Rooms were clean and very comfortable. Helped out on our early arrival and late departure with guest lounge. Every request was quickly sorted out. Had a great time from this base. More

Show less
Review collected in partnership with Fairmont Hotels & Resorts
This business uses tools provided by Tripadvisor (or one of its official Review Collection Partners) to encourage and collect guest reviews, including this one.

Thank you for this lovely review!

We are glad you enjoyed our well-appointed rooms and appreciated the convenience of our hospitality lounge.

We sincerely look forward to extending our Fairmont brand of hospitality to you on your future visits!

Report response as inappropriateThank you. We appreciate your input.
This response is the subjective opinion of the management representative and not of TripAdvisor LLC.
See all 8,257 reviews
Nearby Hotels 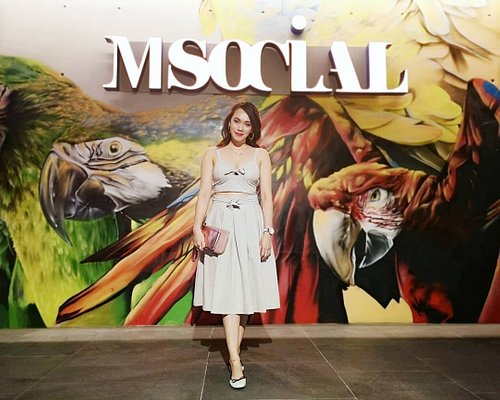 Stayed here for 5 nights with 6 of my family members (aged 25-61). We were all very impressed. We were in the south tower so not the refurbished rooms but we still thought they were great. We were all on the 16th floor. We had 4 rooms between us which were all identical size wise (1627-1630). My partner and I were in 1627 and although we had a good view of Raffles we were slightly envious that the rest of the group had a fantastic view of the Singapore Flyer and Marina Bay Sands. We were just too far around the building (well if we leant over our balcony we could see the flyer). That aside we loved our stay. The breakfast was fantastic, so much choice that you could have something different everyday. Also loved the big baths and had one everyday.

After 9 nights in Vietnam we were very excited to come back for a night before flying home!

Now this 1 night stay is why I have marked it down. Again we were all given rooms on the same floor (7) but not right next to each other. My partner and I walked into our room (725) expecting it to be like the last one but no it was about half the size and being even further round the building meant a worse view then last time. A bit miffed we went to check our families rooms, when we saw their nice big rooms and the lovely view of the Flyer and Marina Bay you can imagine how annoyed we felt. The same amount of money had been spent on each room so why stick us in one nowhere near as good as the rest? As it was only one night we thought we'd just put up with it but after relaxing in our room for a bit I was freezing and that's when we realised our air con was just blowing out freezing air whichever temperature you put it on. I thought I'd have a bath to warm up but the plug was broken so the water just drained out. Also the bathroom had limescale and cracks/rust everywhere. We decided enough was enough and went down to reception to ask to move. To his credit the guy that helped us out was brilliant. We were moved to 1921, a corner room. It was bigger then our last room and the bath worked but had we been staying longer then 1 night I would have asked to move again, it has the loudest shower I've ever heard, a hairdryer that smelt like it would blow up and didn't dry your hair and being in the corner of the building was completely overlooked. When we went down to floor 7 to meet our family the next morning we saw maintenance people in 725 doing some work so I hope some issues we raised were rectified.

As we were so looking forward to returning here it was such a let down and really ruined the last night of our holiday.

Thank you for sharing your feedback with us and we are disappointed to read that your return stay was not pleasant.

We also regret to read that the rooms allocated to you on both occasions did not meet your expectations. As you have observed, our engineering team were quick to act on your feedback regarding the air-conditioning, bathroom drainage and hairdryer issue. Please rest assured we take the business of ensuring the comfort of our guests very seriously!

Aside from the above-mentioned, we hope that our warm hospitality and breakfast offerings made the remainder of your stay a pleasant one.

Thank you again for your feedback and we look forward to welcoming you back in the near future.

Report response as inappropriateThank you. We appreciate your input.
This response is the subjective opinion of the management representative and not of TripAdvisor LLC.
S4856TKjohnh
Atlanta, Georgia
911
Reviewed September 9, 2016
Favorite Hotel In Singapore

I've visited the Lion city many times and whenever I can I stay at the Fairmont. The hotel is convenient to everything (and on the subway line through the attached mall). The lobby is beautiful and the staff very helpful. I've always been happy with the rooms, and especially the views. The hotel shares a gym, spa and pool with the neighboring hotel, but all are great quality. Really a fantastic property.

Thank you for staying with us at the Fairmont Singapore and we are truly appreciative of your kind words. We look forward to your next stay with us!

Report response as inappropriateThank you. We appreciate your input.
This response is the subjective opinion of the management representative and not of TripAdvisor LLC.
Niete Dias B
Surabaya, Indonesia
210
Reviewed September 8, 2016
amazing aroma

Fairmont has a amazing smell. It is very nice. I could feel the same aroma when I stayed in Fairmont Dubai, Bali...The locations are always perfect. I recommend the Fairmont The Palm Jumeirah in Dubai really fantastic situated on the sea and the wonderful service.

Review collected in partnership with Fairmont Hotels & Resorts
This business uses tools provided by Tripadvisor (or one of its official Review Collection Partners) to encourage and collect guest reviews, including this one.
Ask Niete Dias B about Fairmont Singapore
10  Thank Niete Dias B

We are delighted to know that you had a wonderful stay at the Fairmont Singapore! Thank you for this lovely review and we look forward to your next visit with any of our Fairmont properties!

Report response as inappropriateThank you. We appreciate your input.
This response is the subjective opinion of the management representative and not of TripAdvisor LLC.
ernestkung
Christchurch, New Zealand
144129
Reviewed September 8, 2016
Book Direct for Deals

We shopped around for the best deals, and found that Fairmont's own website provided an offer we couldn't refuse. Free hot breakfast buffet for two people, on longer stays. In our case, we booked a 4-night stay. Also, if you sign-up for the free hotel membership, you can get high-speed internet without a fee.

Thank you for choosing the Fairmont Singapore! We are happy you had a great time spent with us and we look forward to having you back at our hotel!

Report response as inappropriateThank you. We appreciate your input.
This response is the subjective opinion of the management representative and not of TripAdvisor LLC.
fraser944
Auckland Central, New Zealand
310
Reviewed September 7, 2016
Great hotel

Overall an excellent hotel. Great location with an MRT right underneath the hotel, big rooms, nice bed and friendly customer service. I would definitely recommend it to anyone especially as the price was not too bad when compared to similar hotels.

Thank you for recommending the Fairmont Singapore to the other travellers! We are glad you enjoyed our central location, well-appointed rooms, and friendly services. We look forward to welcoming you back for another delightful stay in the near future!

Report response as inappropriateThank you. We appreciate your input.
This response is the subjective opinion of the management representative and not of TripAdvisor LLC.
View more reviews
PreviousNext
1…495496497…