$214
$167
View deal
Free cancellation until 10/10/21
Reserve now, pay at stay
eDreams$214
Priceline$180
Travelocity$192
View all 13 deals
Prices are the average nightly price provided by our partners and may not include all taxes and fees. Taxes and fees that are shown are estimates only. Please see our partners for more details.
emptynest321
Silver Spring, Maryland
319

a great 2 bedroom apartment that suited our family of 5 well. We had an extra bed in the living area for the 5th member of our family and there was plenty of room for us to sit comfortably in the living room. The dining area only had 4 chairs, it would have been nice to have a 5th chair available, although we didn't think to request it. The kitchen was adequate for our needs - we didn't cook anything, but enjoyed the convenience of having a hot water maker and a refrigerator. The refrigerator could have used a cleaning and some disinfectant - it smelled a bit when we opened it, but it was other wise clean. The staff was friendly and helpful and the doorman always greeted us with a smile and 'hello' or 'good evening'. The location is within easy walking distance of many shops and businesses.More 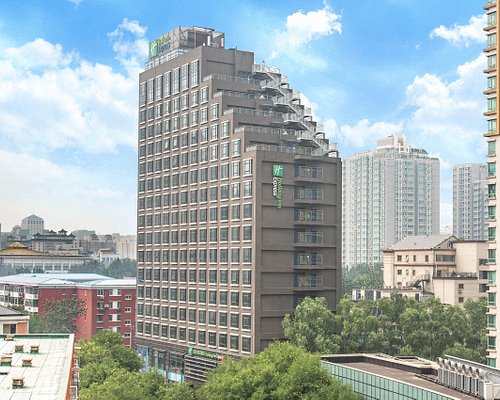 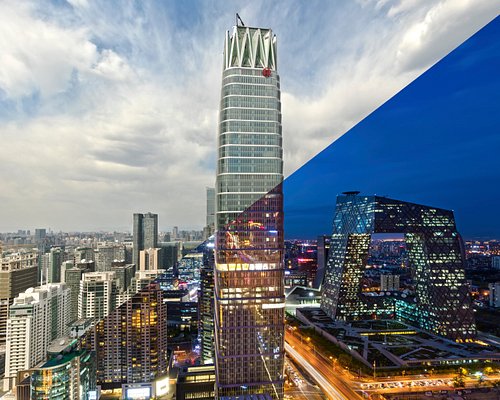 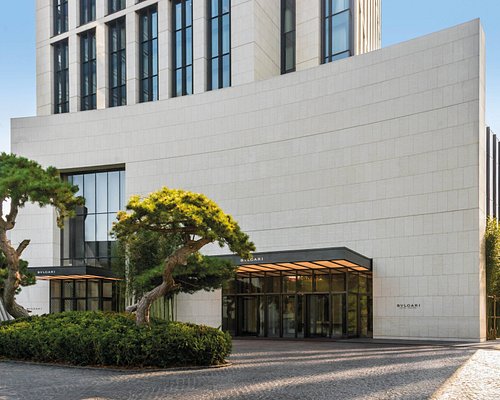 It is a spacious serviced apartment in a good location. Apartment has fully furnished kitchen. Two TV sets were there. Getting around from this place is easy, Easy to get a taxi. Nearby there are shopping malls with food court. Subway station is close by. Staff are helpful, especially the door men.

This review is the subjective opinion of a Tripadvisor member and not of TripAdvisor LLC.
Mei177
Honolulu, Hawaii
71
Reviewed January 1, 2013 via mobile
Ok

The location is really good. Right next the wangfujing shopping area but the room is ok. The bed is kind of hard... It says free wifi in the website but they actually does not have free wifi in the room. The only place has free wifi is on the second floor cafe area...

This review is the subjective opinion of an individual traveler and not of TripAdvisor LLC nor of its partners.
VibrantAurora
Singapore, Singapore
188211
Reviewed December 18, 2012
Deserving of commendation

We were contemplating between Lee Garden and The Imperial Mansion by Marriott Beijing but decided on the first as it is more value for money. I was initially apprehensive after reading the negative reviews; the direct correspondence from the serviced apartment regarding our reservation was also 'kind of blunt' (but we soon found that it was more a language issue rather an attitudinal one).

We spent 7 nights in a 3 bedroom apartment and were very pleased with a few key things that really matter:

* The beds are comfortable; bedsheets and bathrooms are very clean. The apartment is spacious and smoke-free, toiletries and bottled water are replenished daily. There are even final touches like bath ropes and slippers.

* The location is really very good, like in the midst of 'Orchard Road' - the traffic free 'walking street' is just 200 m away. There are many shopping centers and eateries to choose from - from Food Republic (food court) to Beijing Duck restaurants and street food. We felt safe enough for our teens to recce the area by themselves. There is a foot reflex (Liang Zhi) and mini-mart just at the foot of the apartment. The apartment is also very accessible to everywhere we want to go (i cannot say the same for the World Trade Centre area which seems to be the centre of all bottlenecks).

* What really impressed me was that the staff went out of their way for us. The first 2 days and 1 night we were there, we took for granted that the door will lock by itself upon closing like most hotels would. We later realized that it has to be manually locked (key and key hole) and were relief that it was not broken into when we left it unlocked while sight-seeing! i supposed the housekeeper locked it for us after cleaning up. A second incident was that we forgot to remove the key from the keyhole after entering the apartment. I received a call past midnight from the reception who sounded me on the oversight and asked that i retrieve the key right away. When i opened the door to do so, a security guard was standing at the door to ensure that everything is alright. The third delightful experience we had was that the housekeeper offered to bring us a packet of soap powder to save us the trouble of going all the way down to the reception to pick it up. As we do not have any dish washing liquid to wash our dishes, they also took the initiative to wash them for us. They also provided a humidifier and dlink for us to surf the Internet! How thoughtful!

The only imperfection i felt was the kitchen - it did not have sufficient cooking utensils and those available for use were kind of dirty and faulty (e.g. the cutting board was moldy and the soup ladle gave way when stirring). This was not a big issue because we ate out most of the time anyway. There was also no dish washing liquid provided even though there was a dish washer. However, the washer-dryer came in very handy!

This serviced apartment met our expectations and the fact that they TRIED to serve us in any way possible earned them a 5* review.

This review is the subjective opinion of a Tripadvisor member and not of TripAdvisor LLC.
ConneyToronto
Toronto
7059
Reviewed December 3, 2012
GREAT location and Spacious rooms

We stayed in a 3 bedroom apartment here and had no complains. Nothing out of the ordinary stuck me . It was a very nicely furnised apartment in the heart of Wangfujing, close to lots of shopping and restaurants. We had very spacious rooms and a huge kitchen with washing machine . We were all comfortable for a family of 5.

This review is the subjective opinion of a Tripadvisor member and not of TripAdvisor LLC.
CherrieParis
Paris
79
Reviewed November 30, 2012
My family stay in a horribly staffed hotel

My 3 kids and I stayed at at a two bedroom suite in tgis Lee Garden residence hotel. The hotels location is perfect and located centrally in Wanfujing. But the hotel rooms were stinky and the bathroom was also stinky and not cleaned well. Considering we were staying in a 2 bedroom suite which should be treated special, i wonder how the other rooms are. But that was not the worst part....the front desk people were the worst kind. Not only were they not helpful, they were arrogant. They did not want to help at all and shows irritation when we ask for assistance. Horrible horrible horrible people in the front desk, they should be fired !!! They ruined our vacation everytime we went back to hotel
The concierge and bellmen were on the contrary very helpful and kind and happy to help, i suggest you fire all the front desk people and replace with the bellman.

Was o frustrated with this place and will never go back

This review is the subjective opinion of a Tripadvisor member and not of TripAdvisor LLC.
View more reviews
PreviousNext
1…323334…