Review of Large Apartment in Family Friendly Community near CBD 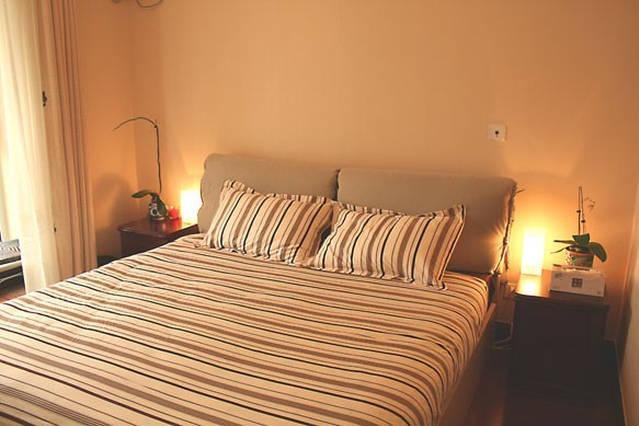 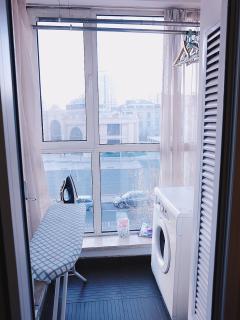 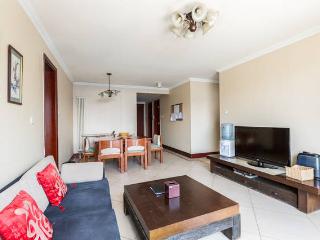 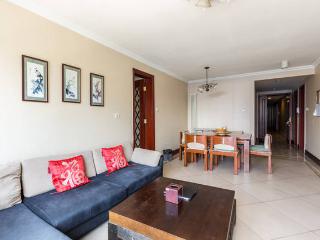 Very good - based on 17 reviews
Write a Review

I stayed at this apartment with my family and really enjoyed our time. It has great access to the subway, restaurants and an Aussie Win bar is just downstairs. I would definitely stay here again.

Date of stay: August 2015
Traveling group: Young Children
Your age range 35-49
Would you recommend this hotel to a friend?   Yes.
Was this review helpful? Yes
This review is the subjective opinion of a TripAdvisor member and not of TripAdvisor LLC.
Hi Wawahale, happy to hear you enjoyed your stay. I am also a fan of the local Aussie Wine bar. I often go to the Yunnan-style restaurant across the street for dinner and pair it with a glass of imported red wine afterwards, yum!
This response is the subjective opinion of the management representative and not of TripAdvisor LLC.
Problem with this review? Thank you. We appreciate your input.

The apartment was comfortable and clean, fairly convenient to the subway. The office staff were friendly and as helpful as possible.

Unfortunately, the massive subway construction across the road was noisy and also apparently cut off our hot water for the last three days of our stay - nothing could be done to rectify this and no compensation was offered.

Also, the pool is not on site as advertised- the staff were very happy to walk us across to the health club where the pool is located (15 mins walk). However, when we arrived the common practice of spitting in the streets was also practiced in the pool gutter so we didn't feel comfortable swimming there.

Overall it was ok and the office staff did their best under the circumstances.

Date of stay: September 2014
Traveling group: Teenagers
Would you recommend this hotel to a friend?   Yes.
Was this review helpful? Yes
This review is the subjective opinion of a TripAdvisor member and not of TripAdvisor LLC.
Problem with this review? Thank you. We appreciate your input.

We are a family of 6 including of old folk & young kids. East apartment is clean daily & everything is in perfect order. My fussy teenager son loves the place. The area around the apartment is safe. Alexander is the person that help us a lot with places to eat & go. He even teach my kids Chinese character. We will come here to stay again next trip.

Date of stay: June 2014
Traveling group: Young Children
Would you recommend this hotel to a friend?   Yes.
Was this review helpful? Yes
This review is the subjective opinion of a TripAdvisor member and not of TripAdvisor LLC.
Problem with this review? Thank you. We appreciate your input.

Palm Springs
Reviewed July 18, 2013 for a stay in March 2013
Date of stay: March 2013
Would I recommend this vacation rental to my best friend?
Recommended for:
Was this review helpful? Yes
This review is the subjective opinion of an individual traveler and not of TripAdvisor LLC nor of its partners.
Problem with this review? Thank you. We appreciate your input.

Buffalo
Reviewed July 10, 2013 for a stay in July 2013
Date of stay: July 2013
Would I recommend this vacation rental to my best friend?
Recommended for:
Was this review helpful? Yes
This review is the subjective opinion of an individual traveler and not of TripAdvisor LLC nor of its partners.
Problem with this review? Thank you. We appreciate your input.

Maine
Reviewed July 6, 2013 for a stay in May 2013
1
person found this review helpful
Date of stay: May 2013
Would I recommend this vacation rental to my best friend?
Recommended for:
Was this review helpful? Yes
This review is the subjective opinion of an individual traveler and not of TripAdvisor LLC nor of its partners.
Problem with this review? Thank you. We appreciate your input.

The good: The apartments are well furnished and include basic needs as far as the kitchen goes. We ended up with 2 apartments for our group. Each 2 bedroom apartment came with enough utensils etc... for 4 people. Additionally, bath towels and 2 hand towels were provided. A/C units were present and working in the 3 living areas. There is a small front-loading washing machine, iron and hair dryer present; as well as drying hangers for clothes. TV was available, but all in Chinese.

The bad: When we first arrived, I spent an hour looking for the place before finally finding someone who would let me borrow their phone to call the manager. I had the address, but no one knew where it was. Once I got a hold of the manager, he sent a rep immediately to meet my party at the subway station exit. The person who let me borrow their phone was a manager in the gym located north of the subway exit, just west of the mall. Apparently, this is the same facility that the tenants of the apartment complex frequently use. Definitely frustrating that they did not even recognize the address or the apt complex name.

The apartment complex occupies probably 1 square kilometer immediately northwest of the subway exit (A). Once we were contacted by the rep, who did not speak English, we were directed with our luggage through the middle of the complex, through the maze of sidewalks, across busy streets (which can be dangerous with kids) for about 20-30 minutes before we reached our room. We had originally booked a 3 bedroom apartment, but through rough English and Mandarin, discovered that the 3 bedroom was not available, and we had been given 2 apartments in 2 neighboring buildings. Not what we expected but we made the best of it. In the end, the walk to the subway station was just under 1 km or 10-15mins from where we were staying.

Additionally, the apartments do not have phones. They do have wireless internet with which we used skype on our android phones and iphones to call between apartments. If you need to make a local call, you can also use skype or your own phone for a fee. I know the business offers phone rentals for visitors renting an apartment, which would have made it easier to contact our tour guide during our stay, or contact the manager if we needed to; but the night that we first arrived was when the phone was really needed, and I don't see how we would have even gotten that from a manager we had no way of contacting.

The area is pretty quite, but there is currently construction going on on the major road just south of the complex, running west to east. They are digging a subway line there and work through the night. On one particular night, they had a backhoe digging and smashing rocks all through the night. Made for a difficult night of sleep.

There is a small convenience store just north of our building (D55). It was only a 1 minute walk and was located within the complex gates. We were able to purchase things we needed at a decent price. There is also an Aussie-owned wine shop just outside of the gates.

The mall near the subway station entrance had KFC, McDonalds, Pizza Hut, and a nice bakery across from the McDonalds that we frequently visited for rolls, buns and yogurt for breakfast.

Date of stay: September 2012
Liked best: The size of the apartments were nice compared to the cramped living quarters in Hong Kong.
Liked least: Initially finding the complex was frustrating at the least.
Traveling group: Young Children
Would you recommend this hotel to a friend?   Yes.
Recommended for:
Was this review helpful? Yes
This review is the subjective opinion of a TripAdvisor member and not of TripAdvisor LLC.
Problem with this review? Thank you. We appreciate your input.
Previous Next
1 2 3 4
Updating list...
Do you own a vacation rental? List it here.

Looking for a place to stay in Beijing?
View all 47 vacation rentals