Is a good place to stay for backpackers - Beautyland Hotel II

$16
Free cancellation until 12/05/21
View deal
Hotels.com$16
Travelocity$16
Orbitz.com$16
CheapTickets$16
Tripadvisor$16
StayForLong
View all 13 deals
Prices are the average nightly price provided by our partners and may not include all taxes and fees. Taxes and fees that are shown are estimates only. Please see our partners for more details.
Peggy1992
Penang Island, Malaysia
43

Is a good place to stay for backpackers

Overall experience when staying in this budget hotel is good, the staffs are friendly and helpful. the staffs can speak english very well, so communication is not the problem, as long as u can speak english. Can always get information from the staffs. Well, about the breakfast they serve everyday, the food is delicious especially the local foods. The breakfast portion is big, will make your day start with fulled-stomach.

See all 213 reviews
Nearby Hotels 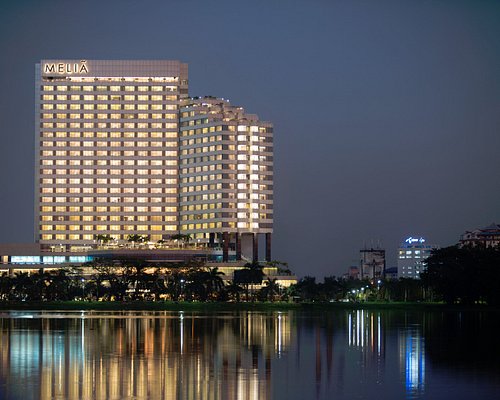 Except for the central location their is no reason to stay here. The rooms are dirty and damp, not worth the 25 dollars/night. The central location is a plus. Breakfast was poor and fatty. Accommodation in general is poor in Myanmar but this really hit bottom.

This review is the subjective opinion of a Tripadvisor member and not of TripAdvisor LLC.
peter g
Bangkok, Thailand
46
Reviewed August 28, 2012
Strange place - no recommendation

We arrived pretty late (coming from phnom penh) and the only option they had "available" was the super premium room, which was indeed not premium. 4 beds in a large room with a dirty bathroom. Great.
Anyways, the worst part about this hotel is that strange hotel manager/boss who welcomed us - on the first hand - pretty nicely, but started to talk about about the bad changes Myanmar makes these days since more and more tourists are coming and the culture is going down and that this will lead to a situation comparable with Thailand and their "weird westen thinking".
We couldn't believe that. That guy takes advantage of tourists who arrive there late and seek for a room, charges an overpriced amount and then complains about tourists.
Worst experience during the two weeks in that great country.

This review is the subjective opinion of a Tripadvisor member and not of TripAdvisor LLC.
Svein B
Oslo, Norway
5951
Reviewed August 12, 2012
Poor service and dirty rooms, but centrally located

We didn't expect much of this hotel, but we got even less. It's cheap to stay there and we knew it would be basic, but I think we would try another place if we knew that it was that dirty and unfriendly.

We had booked a pick-up service from the airport but nobody showed up and we had to take a taxi instead.

When checking in, we were met by a friendly guy in the reception, but exept for him, staff was surprisingly unhelpful.

Actually, we stayed in the hotel twice (beginning and end of our trip around Myanmar). The first time, we got a room with window that was not that bad. But the second time we got a room without window (even if we had booked one with windows) and this seond room was really, really dirty. The first one wasn't clean neither, but the bathroom in the second one was ugly. The tiles on the walls in the bathroom have probably not been cleaned for many years.

The beds were soft and comfortable, but there were stains on the bed sheets.

The breakfast is ok, nothing special, but they arranged an early breakfast for us when we had to leave at four o'clock in the morning to go to the airport. We didn't even have to ask for this service and this was probably one of a very few exeptions to the very low service level.

Another good thing about this hotel is the location. It's right in the middle of the city center.

Ask Svein B about Beautyland Hotel II
1  Thank Svein B

This review is the subjective opinion of a Tripadvisor member and not of TripAdvisor LLC.
TecaCali
Pasadena, California
7069
Reviewed August 3, 2012
Maybe just not for me...

Stayed here because a friend recommended. our friend loves it but... we don't find it charming or enjoyable at all.. we got a room with no window and when we request the next room, the one with window, we were told that the room was booked and the guess is coming.. only to find out that the next morning the room was actually still vacant... bathroom was.. well, the only good thing is just that the hot water is running... thank god the staff are VERY friendly...

Wi-Fi would be nice..

Room tip: if you have to stay, ask for a room with a window.
Ask TecaCali about Beautyland Hotel II
Thank TecaCali

This review is the subjective opinion of a Tripadvisor member and not of TripAdvisor LLC.
Greenjoy
Gold Coast, Australia
9566
Reviewed July 30, 2012
Tried 4 rooms over 2 visits. Cheap accomodation, good location.

We stayed in 4 different rooms - I'll start with the family rooms and move on to the smaller regular rooms.

We stayed in the Family rooms upstairs at the beginning of our trip. When I say upstairs I mean, really, upstairs. Four flights of super steep steps.

The rooms themselves were OK in size. They had beautiful art works on the wall and TVs with varying levels of reception. There were four large single beds.

We first stayed in one room for three nights. The room was not cleaned or tidied once in this time. The sheets are super dooper thin and ....were once white.....a loooong time ago. The pillows were actually comfortable - the comfiest in Myanmar - however their 'original' colour was darker in stains than cigarette stains.

The bathroom did have a tap with 'hot water' written on it but hot water never came out. We didn't bother complaining, we just took cold showers.

Food wise, the breakfast was not worth waiting around for. It took ages for things to come out and it was all in random dribs and drabs with the kind waiters forgetting everything anyway. Better to catch a cab (or walk if you have the stamina) to a tea house and enjoy that experience.

Also with food, we had dinner there once and it was pretty ordinary and we would not recommend it to you.....unless you were desperate.

The other family was much the same as the first but it had a window you could open onto the street.

My biggest concern when staying on the 4th floor was fire. The building is ancient. The wiring looks to be equally ancient. There were no fire alarms, no extinguishers, nothing. I enquired about this at the front desk and they just said 'no'. I was worried about it.....the fire escape (a terrifying metal ladder outside the building which you'd never find in the dark anyway) window access was mostly locked.

The smaller rooms on the first floor were very different though costed the same per night ($25 each).

The double bed room had a window which was great. The bed was a funny experience....it kind of collapses a bit.....The hot water was also super hot!

The other room (I think room 101) was a bunker with no windows and no single bed, with a funny smell. I would not recommend this room.

At the end of the day, the staff were very friendly. They did muck up our booking which put us in separate rooms for our last days instead of the family room, but the big upside to that was staying on the 1st floor and not the forth floor!

The price was the cheapest we paid in all of Myanmar - $50 a night with a family. Expensive compared to what we'd find in Laos or Cambodia, but we were in Myanmar and this was as good as it got in that price range. This is a budget place for sure, but in its ramshackle way we liked it.

Side note: we had trouble booking this place over the internet....they don't respond very quickly and their email inbox fills up quickly.

Room tip: Ask for a room with windows if you have the choice. If you are in a spirit of adventure, go out for breakfast! Avoid eating dinner here.
Ask Greenjoy about Beautyland Hotel II
2  Thank Greenjoy

This review is the subjective opinion of a Tripadvisor member and not of TripAdvisor LLC.
View more reviews
PreviousNext
1…141516…
<script type='text/javascript' crossorigin='anonymous' async onerror='__scriptLoadError(this,true);'