I was frightened to go there after having read the reviews in Tripadvisor and having paid a room without even seeing it. So I was positively surprised after checking in. It's a really nice wooden house, the rooms have wooden floors. The matresses like on the floor, Japan style. Unfortunately I couldn't see if the rooms were clean cause it's really dark all over the place – except unfortunately at night when the light of the sink room is shimmering through some nice colourful window. Okinawa has dorms too and is altogether quite wafer thin. I guess it's still one of the best cheap accomodations in Yangon.
And it's true what is said about the receptionist: He is very unfriendly – although he has some shining moments of being nice. He doesn't speak English anyway.More 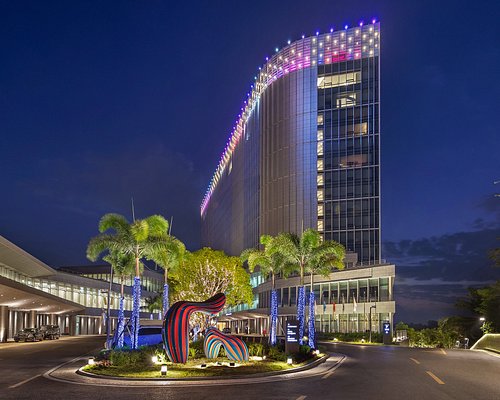 PROS:
- Central location in Yangon (easy walk to most places);
- Aesthetically pleasing within the common areas of the hotel.

CONS:
- Cold showers (poor drainage);
- Toilet access (must walk through wet shower area, which eventually gets dirty as you cannot wear footwear inside the hotel).

Stayed at the Okinawa Guest House for 6 nights with my girlfriend in a double private room ($28 USD/night).

Were welcomed from our taxi by one of the younger family members who wanted to take our bags inside for us. Reception was easy, unfortunately owner was rather apathetic and large A4 forms were required to be filled out (possibly for government reasons), however they didn't mind us paying day by day.

The inside of the hotel was rather aesthetically pleasing. Same goes for the rooms which included A/C, cold shower, toilet and mosquito net (mosquitoes are common inside). The double bed was extremely uncomfortable and essentially felt like a piece of foam. The biggest problem however was the layout of the bathroom whereby you had to walk through the poorly drained shower area to access the toilet. This was problematic after a while as a thin film of water remained on the floor due to poor shower drainage which when mixed with bare feet (they become dirty after taking off your shoes at the hotel entrance) the floor would become dirty and muddy. The lights were also extremely dim however this is to be expected due to the poor power availability.

The free breakfast in the morning which composed of a nice mix of noodles, fruit and both tea and a coffee was also rather nice. No other options to eat were included however a fridge with beer, Coke and large water (300 kyat/bottle) was really handy.

The owner also organised a taxi for us to come the next morning to take us to the airport which was rather nice.

A word of warning though to people departing in the morning, the currency exchange opens up at 9:30 am, there are plenty of them at the airport before the check-in desks as well as just before you enter the plane near the shops. You won't be able to exchange the local kyat currency easily anywhere else in the world.

This review is the subjective opinion of a Tripadvisor member and not of TripAdvisor LLC.
trubo4ka
Moscow, Russia
342220
Reviewed November 16, 2012
Extremely bad

Such an awful stay! Dirty, extremely stinky, noisy and just a terrible place. Ants and spiders is something what i can tolerate, but a large worm in my sink is beyond this. Also I travel lots and i can't remember ruder management than here. Breakfast is terribly poor. In a word- i would better spend a night at the airport than at this place.

This review is the subjective opinion of a Tripadvisor member and not of TripAdvisor LLC.
ASeanG
Calgary, Canada
3422
Reviewed November 15, 2012
Cute place with decent breakfast...

I stayed her in early June 2012. We stayed on the main floor, and it was alright. The walls were a bit thin, leaving little privacy. Staff here are friendly, and we did enjoy the authentic Burmese breakfast. This was little more than a hopping off place.

This review is the subjective opinion of a Tripadvisor member and not of TripAdvisor LLC.
Maree L
Phnom Penh, Cambodia
46
Reviewed October 21, 2012
Consider staying elsewhere

I recently stayed at the guest house and it was a pretty terrible experience!

The room was really dirty (musty, damp and a dirty bathroom) and also very run down (peeling walls etc.). It was also very dark with blacked out windows, and had a super loud air con which was so noisy at night it was crazy! But unfortunately no fans.

It was also really strange because I think some of the people who run the guest house usually stay in the room that they provided us with. The reason I think this, is that they were sleeping behind a curtain in a general area of the hotel, and when we came back to our room after a day out, our bathroom had been used with ear buds & soap wrappers left there to prove it! Gross!

The main person who runs the reception was never friendly. He didn't make eye contact so when I spoke to him to ask for advice I always had to get his attention (not sure if this is because I'm female).

The worst thing is, we got totally ripped off as the room was quite expensive, about $30. I don't usually write reviews, but had such a terrible experience here I really don't recommend it.

This review is the subjective opinion of a Tripadvisor member and not of TripAdvisor LLC.
MarcoMnk
Doha, Qatar
3740
Reviewed October 21, 2012
Cheap option in Yangon!!

I stayed with two friends (in a private triple room with bathroom) at Okinawa Guest house at the beginning of our trip to Myanmar and the last night before flying out of the country (Oct. 2012).

The guest house is very central and most of taxi drivers know it.

Price is still very reasonable. We payed 35USD / night for a triple room. It was OK, and quite clean. Don't expect anything luxurious for such amount of money, especially in Yangon where so far there isn't much offer of such accommodations. Breakfast was included and pretty good!

The Staff was nice, except the guy who's always at the reception (quite chubby one) who may end up being kind of rude sometimes.

Confirm your booking before flying in!

I recommend this place!

This review is the subjective opinion of a Tripadvisor member and not of TripAdvisor LLC.
View more reviews
PreviousNext
1…121314…
<script type='text/javascript' crossorigin='anonymous' async onerror='__scriptLoadError(this,true);' src='https://sta