Expedia.com
Travelocity
Orbitz.com
View all 9 deals
Prices are the average nightly price provided by our partners and may not include all taxes and fees. Taxes and fees that are shown are estimates only. Please see our partners for more details.
D1223chicago
Florence, Italy
96148

Hotel in a great location around the consulates and high end residential area. Nice and quiet> Great bar and restaurant and area to hangout and read or use the free wifi. The rooms are comfortable with bug nets and the whole place is spotless clean. The two managers were very nice and helpful. Great experience!

See all 242 reviews
Nearby Hotels 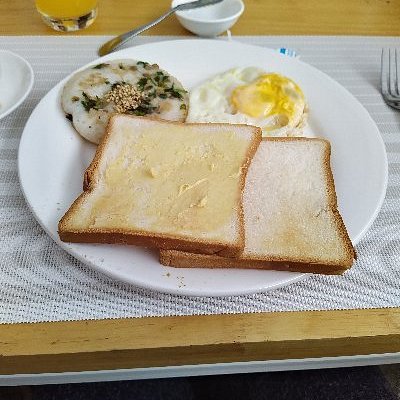 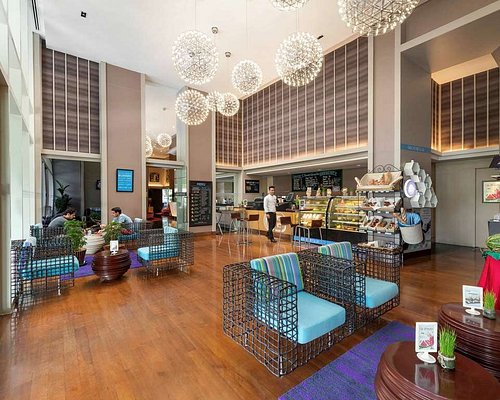 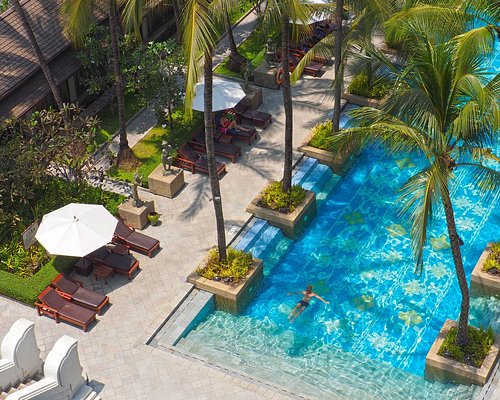 We stayed at Alamanda at both the start and end of our trip. It's a bit of an oasis in Yangon and a nice, relaxed place to come 'home' to. The rooms are relatively simple, but they are nicely decorated and care has been taken to give the place some charm and character (this is likely the French influence!). The best part really is the garden cafe/restaurant where you can relax in comfort and where you get good wifi access. The first room we stayed in was quite dark, the second was much better - brighter and lighter, Both had good, hot, powerful showers (though the water does spray everywhere!). The mosquito nets were very welcome as there were a LOT of mosquitos around! (be sure to use insect repellent when sitting out in the garden area). The thing that lets this place down somewhat is the management - which is at best indifferent and at worst, downright rude. We were never greeted on arrival nor was there any kind of check-in procedure. We weren't even sure for most of our stay who the hosts were (they tend to sit around in the restaurant and could just as easily be other guests). It seemed very weird for a small guesthouse where personal service is usually what makes all the difference. It also means that guests have to rely on the hotel waiting staff for all their questions, requests etc. Given those staff dont have great English, nor the authority to make any real decisions, it seems strange that no obvious manager is available. Even when it's clear you are struggling to make yourself understood with the waiting staff, the hosts/managers never attempted to assist. Very, very strange! I would recommend the place simply because it's a comfortable, relaxing place to stay, and was very welcome after some tough journeys. I do think it's somewhat overpriced though ($70+ per night).

This review is the subjective opinion of a Tripadvisor member and not of TripAdvisor LLC.
HiralP
London
166
Reviewed November 7, 2012
A little oasis in Yangon

We stayed at Alamanda twice - once at the start of our holiday in Burma, and again at the end of our holiday. We stayed for a couple of nights each time. The rooms were a nice size, and were well decorated, with a lot of character. Both the rooms we stayed in had mosquito nets, which was a nice touch given the number of mosquitoes in Yangon!
The first time we stayed in Alamanda, we stayed in an upstairs room, which was nice but quite dark. The bathroom was nice, but the shower does spray across the entire bathroom. The wifi didn't work in this room.
The second time, we stayed in one of the downstairs rooms, which was much brighter. The wifi worked in this room, and we realised this was because the router was in this room, so we were able to reset it whenever it stopped working.
The electricity did cut out every so often both times we stayed at Alamanda, but this seems to be a problem in the whole country. Alamanda's generator does kick in though, so it's not really a problem.

The real beauty of this hotel though is the restaurant in the courtyard, which serves European fare. It's a great place to while away the hours.

In terms of location, this hotel is a cab ride away from central Yangon, and it's not really possible to walk to any main sights from the hotel. But cabs are cheap and readily available in Yangon.

The only downside is that both times when we arrived at the Alamanda, the owners / hosts were not as welcoming as you would expect from a guesthouse / b&b. For example, there was no welcome or overview of the available services upon arrival - neither from the owners nor through information in the room. The owners spent a lot of time in the restaurant, at a table in front of the reception desk, but were not really welcoming. In fact it took us a couple of days to realise they were the owners and not just other guests! They seemed to be friendlier with other French speaking guests than they were with us, so maybe it was a language problem. Further, the waitresses at the restaurant seem to be the only people who are available / accessible for any questions or issues, and they only speak very basic English (and their initial response to most questions is "no"!) The saving grace is one guy who works at the hotel, who seems to speak English and is very helpful, but we were unsure of his role.

This review is the subjective opinion of a Tripadvisor member and not of TripAdvisor LLC.
Amas
London, United Kingdom
7482
Reviewed October 31, 2012
It didn't quite deliver

We stayed at the Alamanda for our last 2 nights in Myanmar. I chose the Alamanda to get away from the hustle and bustle of the city centre.

I was a excited to stay at the Alamanda due to the good reviews on TA. The only thing that was nagging me was the fact that it was located in a residential area and whether taxis were readily available. This was not a problem as we could hail a taxi as soon as we came out of the hotel. The fare was also only at K2,000 to the city centre, which was much cheaper than the taxis in Mandalay or Bagan.

Checking in was fine, extremely swift. The room was okay, with a bathroom and a proper bath tub. It has A/C and a mosquito net, but no TV. The towels were a bit disappointing, the colour just didn't look inviting. Wifi only available in reception/restaurant area.

I agree with some of the previous posters about the management being quite aloof. It was a bit off putting initially but as I was on the last leg of the journey I wasn't prepared to let that affect my memory of Myanmar. I pushed myself to strike up a conversation with the management and things were fine after that.

The breakfast was fine, fresh fruit, juice, yoghurt and a cooked choice with a hot drink.
I have given it an overall rate as "Very Good", because the email response was excellent and prompt. Which cannot be said for a number of hotels rated at 5 stars. In my opinion, it is the overall package especially for a place like Myanmar where one may not get a response from emails for weeks or non at all. By the way the staff were very attentive and kind. At the time of my visit there was renovation work going on. I am sure there will be huge improvements in time for the peak season.

This review is the subjective opinion of a Tripadvisor member and not of TripAdvisor LLC.
Frederique D
Ko Samui, Thailand
35
Reviewed September 22, 2012
i loved the intimacy and warmth of alamanda inn

Alamanda is a precious little gem ,just on the outskirt of Rangoon.A lovely bed and breakfast . The owners are two french ladies who make you feel very comfortable and at home.very tasteful decoration et reasonable prices .my husband and i loved it !

Room tip: there is only 6 rooms .they are all very attractive and spacious .aircon,shower ,good lighting ..perfect.
Ask Frederique D about Alamanda Inn
2  Thank Frederique D

This review is the subjective opinion of a Tripadvisor member and not of TripAdvisor LLC.
E C
Singapore, Singapore
3554
Reviewed August 26, 2012
very disappointing

very disappointing. Was attracted there by all the good reviews. Airport transfert was overcharged (twice the price of a normal taxi for... ending in a normal taxi). Very offhand, even grumpy, service and reception. The room ("suite") was terribly musty and dirty (never had such smelly sheets, even in the worst budget guesthouses), no warm water in the muddy and dirty bathroom, noise of renovation works in the morning, without consideration for the guests... and all this for a hefty 80$! Felt like being cheated and that the good reviews seen about Alamanda Inn were made by people who had stayed in a tottally different place.
Only good points : good restaurant and interesting and relatively quiet location (Golden Valley area).