This hotel is a very nice hotel located in a good area near the Old City of Jerusalem. The rooms were recently updated (make sure to ask for them in the tower). The breakfast was excellent and the staff were very nice to deal with. The hotel has a lot of tour groups staying at the hotel so at times it can be crowded. Overall, we enjoyed our stay thereMore

Thank you so much for sharing your wonderful feedback of your stay with us on TripAdvisor. It gives me great pleasure that you enjoyed your stay and that our service team was able to provide you great service during your visit.
Throughout the hotel, it is our constant aim to ensure the comfort and enjoyment of all our guests, We will look forward to hosting you again, hopefully in the near future.

Report response as inappropriateThank you. We appreciate your input.
This response is the subjective opinion of the management representative and not of TripAdvisor LLC.
See all 2,753 reviews
Nearby Hotels 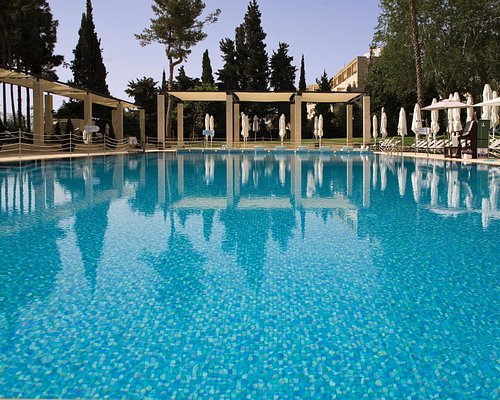 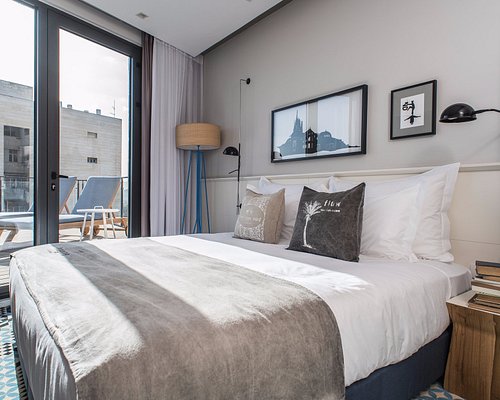 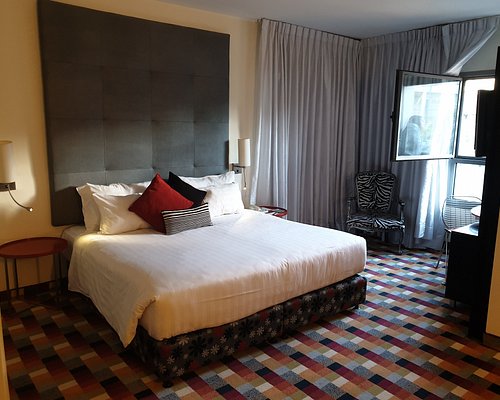 I have visited many hotels all over the world in respect of business and holidays.
The Dan Panorama Jerusalem rates top of the hotels I have visited. The bedroom was just like home; the restaurant offered excellent and changing menus; the service from everyone was perfect throughout; and the hotel was excellent value for money. In particular I rate Natalie Shalom whom was brilliant in sorting out any issues I had

What a magnificent review! Thank you for sharing your experience on TripAdvisor.
I am thrilled you enjoyed your stay and that the team highlighted it especially my assistance. Again, thank you for choosing stay at The Dan Panorama Jerusalem Hotel. I hope to welcome you back soon!

Report response as inappropriateThank you. We appreciate your input.
This response is the subjective opinion of the management representative and not of TripAdvisor LLC.
Neil F
41
Reviewed September 3, 2016
Our summer visit

My wife and i stayed four days in August 2016, Lobby and front hotel personnel very nice friendly. Bar area was very open and nice selection of drinks and meals. Bartender very friendly, helpful and service oriented
Room service very nice and food was fresh and tasty..
Hotel easy to get to floor and rooms. Housekeeping very good.
We enjoyed our nice room- very quiet, stocked with all amenities.
We will return.

Room tip: Their is a new section were we stayed.
Ask Neil F about Dan Panorama Jerusalem
Thank Neil F

Thank you so much for choosing the Dan Panorama Jerusalem for you stay in September and thank you for sharing your amazing feedback of this visit. We are delighted that you and your wife enjoyed your stay with us. It is rewarding to read that we were able to make your visit special and that you will be returning.

Report response as inappropriateThank you. We appreciate your input.
This response is the subjective opinion of the management representative and not of TripAdvisor LLC.
Food-faddie
Essex, United Kingdom
8246
Reviewed September 3, 2016 via mobile
Good times

Nice hotel but unless you are good at walking not near the centre. food good
Nice pool on 8th floor and sun deck on the 7th floor. Facilities good
Guests like too practice yoga. Found city very clean,

This review is the subjective opinion of a Tripadvisor member and not of TripAdvisor LLC.
816albertoh
236
Reviewed August 31, 2016 via mobile
Very good

This review is the subjective opinion of a Tripadvisor member and not of TripAdvisor LLC.
Chaim M
11
Reviewed August 26, 2016 via mobile
NOT happy, very Bad management

so I booked a weekend stay (3 nights from Thursday night till Sunday morning) with my family at the dan panorama in Jerusalem.

Here is my story, first I booked the reservation via kayak.com and got a nightly price of $180+ tax and such which came out to about $ 652 dollars well it definitely didn't end there.

First - When I got to the hotel I was told that the room that I reserved online was not available, which is a typical thing for hotels to say in Israel "because they are fully booked" and now they sent me and my wife room hopping to see if we wanted a "newer" smaller room then what we originally booked online, so it turns out that Dan Panorama re-renovated a few of there floors and now they have "old and new rooms"
That was a very bad experience, after such a long flight the last thing people want to do is get shlept around to look at other smaller rooms because they are fully booked.

Second - now they tell me that I need to pay 17% tax on top of what I originally got quoted at, because I didn't have the little blue slip that they give you at the passport control I'm the airport, even though I am an American citizen and checked in with my US driver license and US passport. So now I needed to pay an extra $110 dollars, so now my 3 night 2 day hotel trip is going to cost me $762

Third - finally after world war 3 in the lobby arguing about the rooms and tax they finally find me "an "older room" quote on quote, and so we head up. When we get into the room you can clearly see that it has not been focused up repaired or re renovated for at least 5-10 years, the carpet is indented in, old and gives you a smudge oily feeling when walking barefoot on it.
there was a "flat screen tv" but to me it was more of a tablet, since it was about a 15 inch (I'm not joking you) the beds were ok nothing special at all and not so comfortable mattresses. THe bathroom was small and had a standard small bathtub in it where you have to have your legs bent to bath in it.

Forth- I have mixed feelings about the staff like the front desk employees are not friendly at all and act more like robots with a manager standing over them, but the door bell employee andthe guy that was showing me the rooms were both very very nice.

Final review - Overall all I got a small very old musty smelling uncomfortable room that came out to me paying about $ 252 dollars a night, BIG RIPOFF and not worth it.

Let's compare it to let's say the crown plaza, the crown costs less money per night has was bigger rooms and two restaurants in the lobby vs one at the dan.

Dear Chaim M,
Thank you for taking the time to share your thoughts, it is only through guest feedback from our guests that we are able to monitor and develop our maintenance and service.
Throughout the hotel, every effort is made to ensure the highest levels of guest experience at all times, so we are always sorry to hear when a guest feels if we have fallen short. While it comes a little too late to rectify for you on this occasion, we have been sure to take on board your overall comments for thorough attention by the relevant managers; thank you again for highlighting these areas to us.

Report response as inappropriateThank you. We appreciate your input.
This response is the subjective opinion of the management representative and not of TripAdvisor LLC.
View more reviews
PreviousNext
1…135136137…