Very Clean and the Owner is super nice - iHouse

$33
View deal
Hotels.com$33
ZenHotels.com
Orbitz.com$33
View all 12 deals
Prices are the average nightly price provided by our partners and may not include all taxes and fees. Taxes and fees that are shown are estimates only. Please see our partners for more details.
rudyramos23
Philippines
4049

Very Clean and the Owner is super nice

We stayed here for 3 nights and my companion got sick since we came from a long trip. The owner helped me out the whole time. She's very friendly and accommodating and I disagree with other travelers that they are not friendly! The room is super clean and will stay with them again.

See all 148 reviews
Nearby Hotels 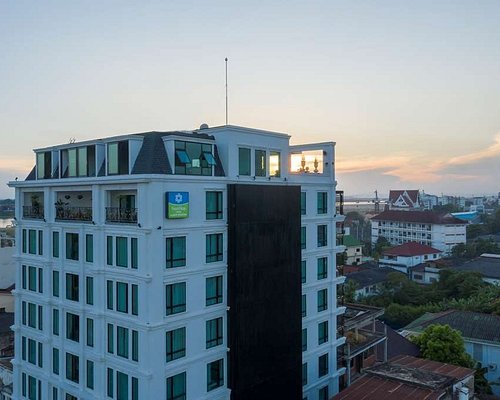 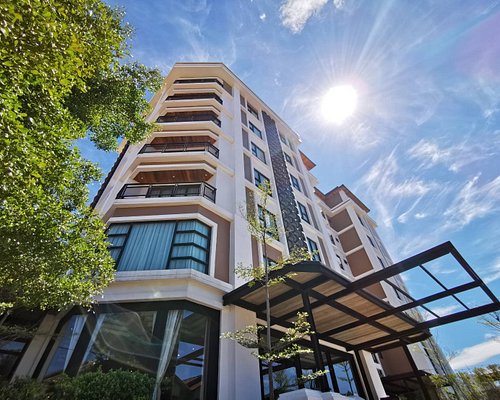 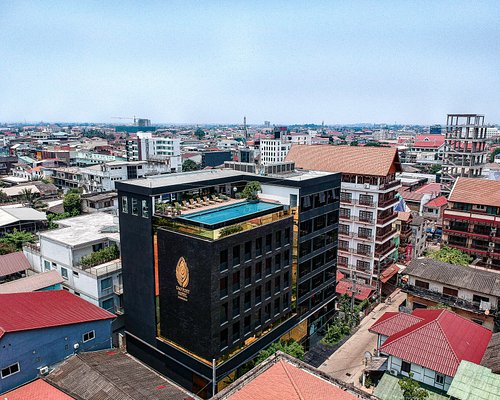 We stayed here for two nights and found it okay. We didn't read all the bad reviews until after we had checked in, so we were careful and left nothing valuable in our room. The staff were not friendly or unfriendly, they answered our questions but that was about it. The room was very small but it was clean. Again the bathroom was small but clean. The wifi was good for Loas. The air con was above the bed so it was a bit cold when you were trying to sleep. Our room had a window but it looked out onto a corridor. As others have said the breakfast is just a bread roll with butter and jam and tea/coffee. The location is pretty good, just a short walk to the river. This place is nothing special and is overpriced for what you get, but it was fine for two nights.

This review is the subjective opinion of a Tripadvisor member and not of TripAdvisor LLC.
Cape068
Nong Kwai, Thailand
13874
Reviewed August 5, 2012
Unfriendly and 'windowless'

Booked online on Agoda but should have checked Tripadvisor before. I travel to VTE approx. 4 times a year for government meetings and my usual little hotel was fully booked so I decided for iHouse which was a poor decision. I arrived at 9 pm and this was already a major challenge for this little place. Unfriendly welcome by the night guard. He showed us to our room 'without windows' and after we complained, the said that this is none of his business and that we can check the next day. So we did not want to put up a fight and slept in the windowless room. The next morning we tried to change the room to no avail. The staff on duty was even less friendly than the night guard so we decided to just stick to the dreadful room for one more night. By the way, we both speak fluent Thai (very similar to Lao language). Oh ja, if you need to use the bathroom or shower, make sure to apply a lot of vasilin to you body since you will otherwise not be able to turn around without scratching your skin :-)

This review is the subjective opinion of a Tripadvisor member and not of TripAdvisor LLC.
Jorge S
Phuket, Thailand
33
Reviewed August 3, 2012
Better/cheaper options all over town

Location is good, room (budget) is as big as a walking closet. Breakfast? Hahahaha, a baguette , some jam and a coffee tat has been sittign for days does not quaify as 'breakfast". Don't wast eyour tiem and have brekkie at the Scandinavian Bakery located a minute away from Ihouse. Service is as good as the breakfast....Beds are ok, AC works well, rooms are clean. For $20/night you can find better options around town. If you are looking for good service (or for any service at all) and to sleep past 7am go elsewhere.

Room tip: IF you want to get a proper size room you will have ti pay $30+ and it is defnitely not worth it
Ask Jorge S about iHouse
1  Thank Jorge S

This review is the subjective opinion of a Tripadvisor member and not of TripAdvisor LLC.
KhunKru
Surabaya, Indonesia
8187
Reviewed July 25, 2012
Basically stole my money.

Okay, so I booked and paid online and made a mistake on the date, and I showed up one day early. Mea Culpa. I supposed I deserved SOME kind of penalty. It was early in the day. They had several rooms free but refused to switch my booking or offer me a refund of even one kip. The nice receptionist called the owner and he said not his problem. He even refused to give me a discount of any kind if I booked for that night. They were booked solid for the next night (or so they said) so it made no sense not to re list my room. Also, when I tried to get to get online to straighten it out, the wifi was completely useless. There are MANY MANY other small places nearby and I had no problem booking a nicer room for the same money. AVOID THIS PLACE! I stayed at Lao Silk Hotel around the corner- much nicer ambiance, nicer views, and a lovely staff.

Hi, if you can Read? Please revise your booking cancellation conditions , to remind you the reference below, we were being very kind to you, and what you are doing now, I am sure karma...will bring you what you wish for us.

Report response as inappropriateThank you. We appreciate your input.
This response is the subjective opinion of the management representative and not of TripAdvisor LLC.
BrookeJavier
Melbourne, Australia
189
Reviewed June 27, 2012
iHouse is ok

I stayed here for 3 weeks on business and ended up moving to another guesthouse. The rooms are nice, although hard beds. But there's aircon and a nice tv. I never was able to have breakfast because I left earlier than the times and its only a bagette (unfortunately I have Coeliacs) so I had to always eat out for breakfast. Its a nice central location, walking distance everywhere. BUT my problems were; the wifi. Several times I had to request them to restart it because it was just cutting out and it was met with a laugh and ok then. The staff are really nice but seem more interested in playing and listening to music than attending to the guests. And when the rooms are cleaned, sometimes its not completed properly, like toilet paper is not there. My other problem was the rooms have no windows. Its alot of money for a place with no windows and I wasnt quite aware of that before arriving. I didnt book any tours through them, due to already seeing most of Lao on a previous trip, but there are alot of bad reviews from what I have seen,
I think that its a nice place but there is alot of room for improvements. I felt very safe here during my stay but seemed to always be going out just to get some air and sunshine. Personally, I think there are better guesthouses in the area and better value for money too