Me with other 4 family members stay here for 2 separate nights while visiting Hanoi and Ha Long Bay. The receptionists and hotel members were friendly, lovely and very helpful for direction guide and high-prior for tour booking. The hotel rooms are nice and cozy with reasonable price. It is a good place to start walking into the Old Town in Hanoi.

See all 289 reviews
Nearby Hotels 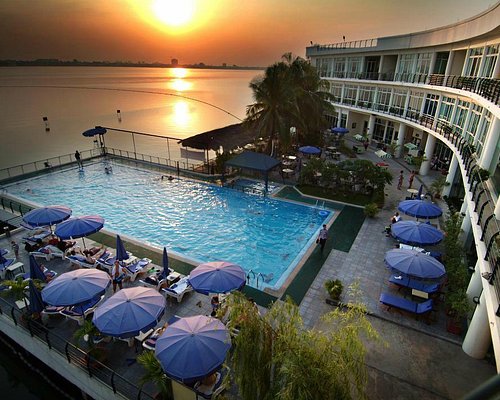 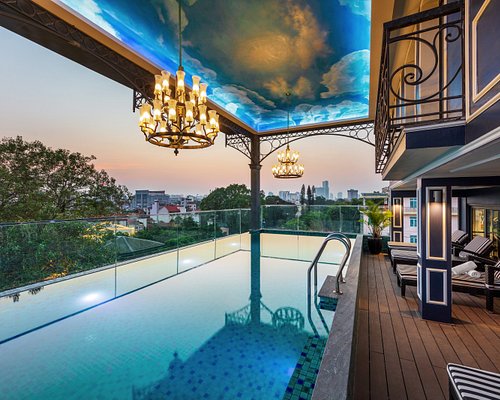 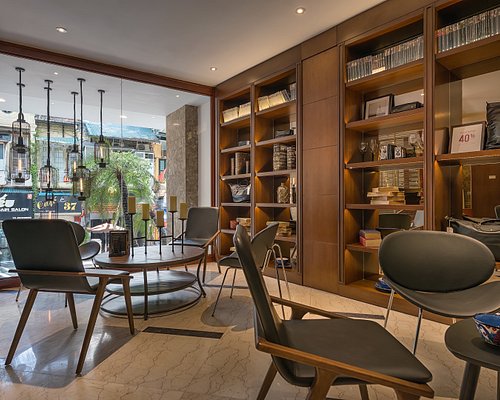 We stayed two nights with a trip to Halong Bay in between. Lily was wonderful organising everything and advising on our trip, storing luggage and offering bathroom facilities after checking out when we had a late flight. She even phoned and had staff escort us to a spa for manicures etc.
The hotel is good value for money. It is extremely central in the Old Quarter and the breakfast are certainly adequate with fabulous omelettes. This is not 5 star but very adequate with wonderful staff. I recommend it for the budget conscious.

This review is the subjective opinion of a Tripadvisor member and not of TripAdvisor LLC.
Raintree_Thailand
Bangkok, Thailand
27741402
Reviewed August 15, 2017
Not sure where some of these other reviewers stayed... this hotel is lousy!!

Parkson Hotel has a nice online presence, but reality is completely different! Rooms are old, unmaintained, run-down, moldy and dirty. Linens not clean. Dark, with poor lighting. Only view from the window was a solid wall of adjacent building. Electrical outlets detached from the wall. Bathroom small, moldy and filthy. Tiny shower couldn't even turn around in. No light above the bathroom mirror so had to shave in the dark! TV broken. Phone not working. Looks like the last maintenance done at this place was 25 years ago. Bathroom "amenities" a cruel joke. Breakfast mediocre. Location is reasonably OK (10-15 minutes to Hoan Kiem Lake), but not much around the hotel itself. Reception staff friendly but that's about the only redeeming thing about this place. I've stayed in worse hotels, but not too many worse! And considering the price of the room was not cheap, and that there are literally hundreds of much better (and cheaper) hotels in Hanoi, I have to give this place the lowest marks. Stay elsewhere!

This review is the subjective opinion of a Tripadvisor member and not of TripAdvisor LLC.
Gabjure
Barcelona, Spain
33
Reviewed August 14, 2017 via mobile
Don't be deceived

"Yes, yes" is what they tell you to shut up and leave.
Cockroaches in the rooms and breakfast.
They don't understand absolutely anything and don't even make the effort to understand you.
Wi-Fi falls every 4 of 3 times.
Shower super dirty and clogged and clogged sink.
We had to leave at 6:3 and ask for the breakfast at 6... they told us that not problem and when we came down at 6 they asked us to wait until 6.3... luckily the bus was late.
Awful service and unhelpful staff

This review is the subjective opinion of a Tripadvisor member and not of TripAdvisor LLC.
ginad2015
168
Reviewed August 9, 2017 via mobile
Other reviews are a lie!!!

Please be aware that this hotel is not as good as the reviews say! I writing this from my room at Parkson Hotel and believe me, I will NEVER be staying here again. To preface, I have been to Hanoi 3 times before and travel a lot in Asia, so I'm not just being a priss about this. If you are looking for a cheap place to stay... Well, I don't know why you would pick Parkson, because you can still find cleaner rooms for CHEAPER elsewhere!!

The lobby smelled a little bit unpleasant when we first entered. When we got up to the room, we were immediately dismayed. Dim lighting, sheets that looked sort-of cleaned but not really fresh at all, and power sockets falling out of the wall. Upon unpacking, I went into the bathroom and encountered a powdery brown film on everything. Mold? It was especially prevalent in the shower. Lastly, the TV was absolutely broken - both staticky and also had marks all over the screen, so that even if you could live with the static, the picture was completely unviewable. Haven't experienced the breakfast yet, but I will update in the morning.

Additionally, after asking around at other hotels, we realized we were paying at least $15 more (a LOT of money in Hanoi - $20 is a big meal for 4 people) than we should have.

Sadly enough, the manager (Lily) tried to give us a different room after we complained. We went to check, and while it did smell a little bit better, the main problem was that the shower was also covered in the same brown mold. Seeing that we would be leaving very early in the morning and checking in elsewhere, we shrugged and gave up.

The only saving grace to this hotel is Lily, who did her best to be helpful to us. She arranged for airport transportation, provided a map and gave advice on where to eat. We didn't need the advice, but she didn't know that! I don't blame her for our experience, but I hope she finds another place to work. This hotel isn't going to get better unless someone puts a lot of money and work in.

This review is the subjective opinion of a Tripadvisor member and not of TripAdvisor LLC.
Firpo C
Long Beach, California
3620
Reviewed August 8, 2017
Outstanding Service

On top of excellent service, the folks at the Parkson Hotel went out of their way to help me navigate my way through the city. It was an excellent, very memorable experience. One that I will never forget. Kudos to everybody!

Room tip: Get ready to be thrown back in time.
Ask Firpo C about Parkson Hotel Hanoi
Thank Firpo C