The hotel staff are friendly and efficient. The rooms are clean and large- with expansive views of the West Lake. It's close enough to the Hoan Kiem district, but much quieter. I stayed just two nights, the price was competitive and getting to the airport was much easier than the hotels in the old quarter.

See all 112 reviews
Nearby Hotels 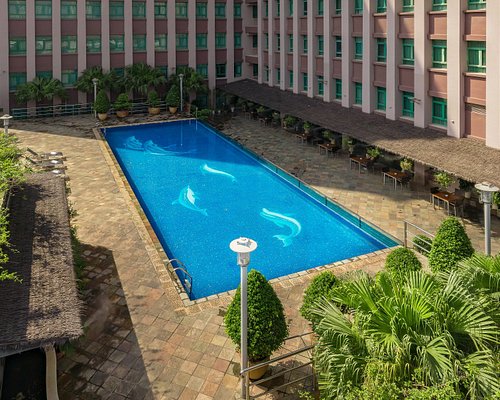 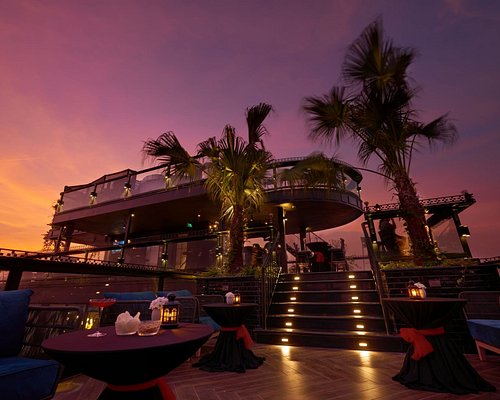 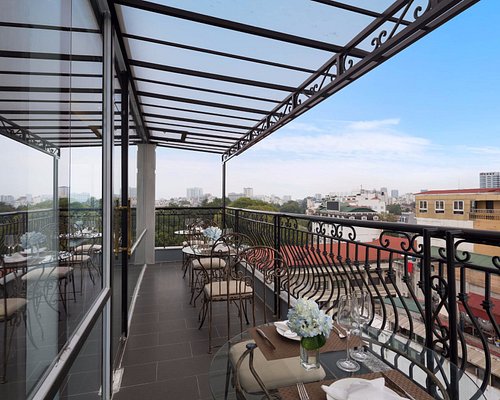 We Arrived from Canada spent 2 nights here were checked in by very friendly welcoming staff.
It was a wonderful stay, the staff was very professional and accommodating, our room which was spotless and had very large comfortable beds.
1. Great location - walking distance to the West Lake .good scenery .
2. Great food - Breakfast was included and was excellent, lots of choice and very well resented.

This review is the subjective opinion of a Tripadvisor member and not of TripAdvisor LLC.
LondonTay
london
31
Reviewed February 19, 2012
Great hotel

The staff at the hotel are very friendly and helpful. The hotel is clean and has a gym, Breakfast and dinner is also very nice.
Only 15/20mins taxi journey to the main area, old quatre, taxi is only 100dong (3.40pound), no big deal and you can enjoy your hotel away from the madness.

I would definitely come back to this hotel.

This review is the subjective opinion of a Tripadvisor member and not of TripAdvisor LLC.
senaUk
UK
185143
Reviewed February 4, 2012
Very nice hotel

The hotel was really nice and the room we had was great - clean, spacious, good bathroom, fantastic pillows. The only slight oddity was the not-quite-opaque curtain on the window that joins the bathroom to the bedroom. As I was travelling with a friend we just had to make sure the main room was well lit when the bathroom was in use! The location by Westlake gives a good view, but traffic noise at the front of the hotel is quite intrusive (I can't imagine that there's anywhere in Hanoi that this isn't the case). Taxi time into the Old Quarter and other bits of the town was variable: 20-40 minutes depending on traffic, and also seemingly extended by all taxis (apart from one which got lost, and turned out to be quicker) choosing to go up and around the lake, rather than just going the other way round the west side. The staff were all very helpful, and before we arrived Mrs Thin was extremely helpful in arranging our overnight train tickets for onward travel in Vietnam.

Room tip: The higher the floor and the further away from the road would probably lessen the noise
Ask senaUk about Sunset Westlake Hanoi Hotel
Thank senaUk

This review is the subjective opinion of a Tripadvisor member and not of TripAdvisor LLC.
henryteong
Singapore, Singapore
11
Reviewed January 17, 2012
Special Hot Pot from Sunset Westlake Resturant

I am travel with one of the friend from Halong, Hai Phong and our last station in Hanoi. We arrive to Sunset Westlake about 230 pm and we check in to Room 601 & Room 602. We are impressed on the good service offered by the hotel reception and the bellhop since they arrange a connecting room for us and one of the room with Jacuzzi bath tub. We like the room design very much as well as the hotel decoration and we feel like living at home. It can see that Westlake Hotel management put a lot of effort to design this hotel and the accessory they use are in good quality such imported marble for the flooring. The cleanliness of the hotel is good and tidies especially the king Size bed with elegant bed sheet combine with the unique wall paper.

Since we didn’t take our lunch, we are looking forward to have Vietnam beef noodle and we decided to take our lunch in the Hotel. Sunset Westlake Hotel restaurant located at 11 storey of the hotel with a very good view, the view cover the whole west lake. The restaurant serve very good food and we receive a good recommendation from the chef to try the special hotpot with mix beef & chicken (Is like Japanese Sabu Sabu, Chinese 火锅). We add some spicy source into the hotpot and it taste great. Since we missed the Vietnam Beef noodle, we ordered a plate of Vietnam rice noodle to mix with the hotpot and it is very kind from the restaurant to serve us the Vietnam noodle free of charge.

There are many wonderful experiences within our stay in Sunset Westlake Hotel even though we only stay for 1 day. We will surely visit this Hotel again and I will definitely stay a few more day on my next trip to Hanoi

This review is the subjective opinion of a Tripadvisor member and not of TripAdvisor LLC.
frazad
Calgary, Alberta
5833
Reviewed December 20, 2011
Where were these other people staying??

We were in Hanoi for a few days and had previously stayed at Hanoi Elegance Ruby, before going on a boat cruise of Halong Bay and then spending one more night in Hanoi before our flight out to KL.
We decided on the Sunset Westlake as they claimed to be "close to the airport".
When we arrived, we were shown to our room, when we arrived in the room, the bed was unmade, there was half-eaten food lying around... Then they showed us to a second room, which would have had a nice view of the lake I'm sure, but there was a ton of traffic outside the hotel, as its at a busy intersection and the noise was definitely than I can tolerate. So the thrid room we were shown to was the one where we ended up.
We went to the restaurant in the hotel (as the hotel is quite a distance from anything else...) The food was mediocre and overpriced, I wouldn't eat there again.
We then arranged a taxi through the hotel to the airport and the taxi-driver was demanding more of a tip from us than we were willing to give. We were quite disappointed with the hotel.
The staff were friendly and helpful, however not overly so.
I would not recommend this hotel to my friends or family.

Room tip: Choose to stay on the backside of the building, unless you want to be kept up late and up early by the traffic outside!
Ask frazad about Sunset Westlake Hanoi Hotel
1  Thank frazad