$102
$45
View deal
Booking.com$53
Hotels.com$45
Priceline$78
eDreams$53
Orbitz.com$45
ZenHotels.com$102
View all 12 deals
Prices are the average nightly price provided by our partners and may not include all taxes and fees. Taxes and fees that are shown are estimates only. Please see our partners for more details.
javrox1
Detroit, Michigan
13690

This hotel is definitely an untapped resource. The staff is extremely friendly and helpful for recommendations regarding restaurants, activities, markets and other unpublished events.

The rooms are immaculate, simple and beautiful!

The breakfast buffet is delicious!

I would definitely recommend this hotel for travelers as it is conveniently located outside the city wall but sill close enough to the center of attractions.

See all 634 reviews
Nearby Hotels 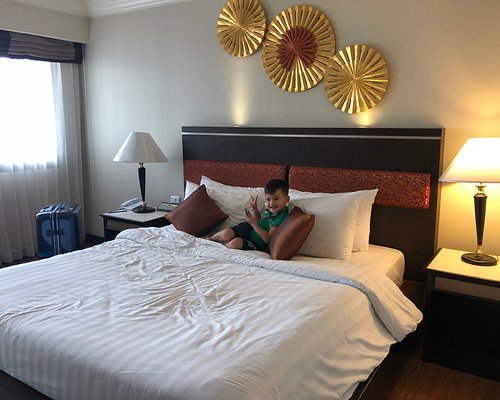 good choice for a base in chiang mai. Hotel is in a good location with in easy walking distance of all the main sites. Rooms spacious and well equipped, staff very friendly and helpful.

This review is the subjective opinion of a Tripadvisor member and not of TripAdvisor LLC.
Daniel921
Sydney, Australia
7133
Reviewed June 23, 2012
Shhhh

A very quiet boutique hotel off Taepae Road, Reception named Piano, was very friendly and accomodating, the staff were smiling all the time and very courteous, breakfast not exciting really. There is a restaurant in the corner name- Ratani (?) in front of the Wat, very good prices, good serve and excellent services, Guy named Tiger is very friendly and accomodating and speaks excellent english. Chiang Mai is very laid back and this hotel is at par with Chiang Mai, if you want to relax, this is it. Rooms are nice and very posh, single beds are very small though. Excellent free wifi. Walking distance to all the attractions, but the red car is cheap where you can hail and will take you anywhere within city limits for 20Baht each. Even to the Airport. This is a good hotel, will recommend

This review is the subjective opinion of a Tripadvisor member and not of TripAdvisor LLC.
kokolwoo
Liverpool, England
2130
Reviewed June 8, 2012
Couldnt fault it

Functional with nice touches and helpful staff. In a good location 5-10 mins from the night bazaar and 5 minutes from Thapae Gate. We stayed in a deluxe room which was decorated beautifully and cleaned every day. Breakfast was served daily and there was a good selection with much of it cooked to order. Upon check in we were also given a free 30 minutes massage voucher which was a lovely touch. I’m sure there are plenty of other similar places around Chiang Mai but I liked this hotel and location and would definitely stay here again

This review is the subjective opinion of a Tripadvisor member and not of TripAdvisor LLC.
maz04
Melbourne, Australia
2032
Reviewed May 28, 2012
Boutique Gem in the middle of Chiang Mai

This is a new little boutique hotel hidden away in a little Soi off ThaePae Rd.it is close to the night markets and Thaepae Gate and within easy and cheap access of all attractions.
The hotel itself is done up in a colonial/moroccan fusion style and is spotless. We had booked the superior but were upgraded to the deluxe. Our friends had the superior so we were able to compare the two.
Both rooms were very well appointed and spotless, but the deluxe had much more space. If we were booking again and could get the deluxe for just a few dollars more we would do so, however if money was tight we would be very happy with the superior...our friends certainly were.
The restaurant was nice with a great range of choice for breakfast. I've read previous reviews where people commented on the limited choice. I don't know what they expected or we used to, but we all found the buffet to be very good. Eg there was a choice of about four types of fresh fruit, selection of pastries and two types of bread, various jams and spreads, two types of yoghurt with a variety of toppings. Dried fruits, nuts and grains. There were juices and cold milk. There was also a couple of choices of hot Asian dishes. In addition, there was a printed menu on each table advising that "hot" choices were also available to order if preferred. These included, eggs,bacon,hash browns, waffles,pancakes and French toast. All in all I found the buffet to offer a range and variety of food choices and everything was fresh.
The pool is on the smallish side and COLD. It is not heated and not in the sun, so is cold. The men got in and after the initial shock were okay, but we didn't brave it. There is a spa at one end, but again, only the men tried this. Pool to els, shower facilities etc are provided next to the pool.
The owner is a lovely man who designed the whole hotel and the decor. He intends to refresh the rooms six monthly so that they never look worn. Little extras are provided with the coffee and tea and water in rooms daily.
We were not disappointed in any way, although we would have like the pool heated so we could enjoy it more. It would have been too cold for children and there is nowhere for children to play or run around. Read about problems with nozzles, but were on the 4th floor so not a problem for us. However can see it might be for those on the.lower floors. The hotel provides spray so a spray of the room before settling would be enough.

Room tip: The superior and deluxe are both lovely types of rooms, but if the extra dollars are not a problem then go for the deluxe. The extra space feels luxurious and is great if friends pop in for a drink, or if traveling with kids.
Ask maz04 about De Chai Colonial Hotel & Spa
5  Thank maz04

This review is the subjective opinion of a Tripadvisor member and not of TripAdvisor LLC.
GosfordMoo
Sydney, Australia
3851
Reviewed May 11, 2012
Nice hotel close to everything.

We stayed here back in February and enjoyed the hotel and Chiang Mai in general.

The hotel rooms are large and spacious. A four poster style bed and some lounge chairs, bar fridge, room safe, reasonable size bathroom, bathtub, TV etcetera. The hotel is quiet as is the road outside. There is a pool of sorts at the hotel, but it is more a wading pool indoors than a swimming pool.

Breakfast is basic but satisfactory.

The front desk staff seemed more interested in playing Facebook than acknowledging customers, and the hotel has a lot of staff playing facebook, but this didn’t detract from our stay

You are ten minutes walk to the Tha Phae gate or various night markets. The Sunday walking street markets that start near Tha Phae gate are worth a visit.

Scooters can be rented on the same soi for a couple of hundred baht. There are bars and restaurants within easy walking distance.

The tour operator from the hotel is more expensive than the street travel agencies and you will most likely end up going with the same company anyway.

All in all a very nice place to stay.

This review is the subjective opinion of a Tripadvisor member and not of TripAdvisor LLC.
View more reviews
PreviousNext
1…727374…