Clean and affordable - Hotel The California

This place is great if you are stopping over for a night or two. I've been back twice as the location is good, the owner is genuinely nice, and the rooms are clean. Hard to beat the price in that location. It's also fun on Sundays to see the sunday night market happen outside your window! Even with that commotion the rooms are nice and quiet.

Room tip: The largest room with the large facing windows is nice to have and surprisingly quiet even with the Sunday market. The smaller rooms can be a little dark, but that could be good if you want to sleep in!
See all 44 reviews
Nearby Hotels 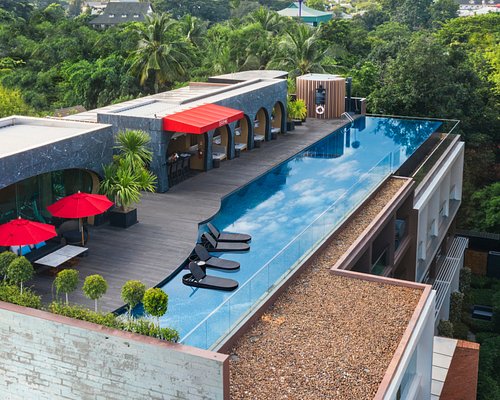 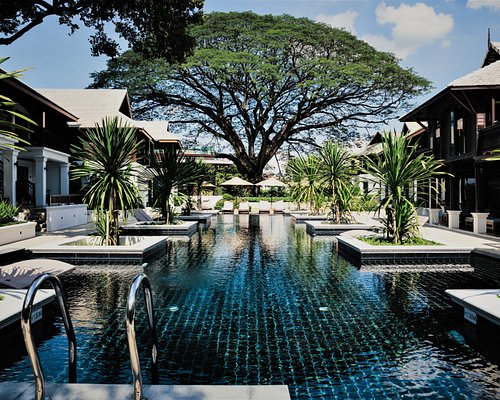 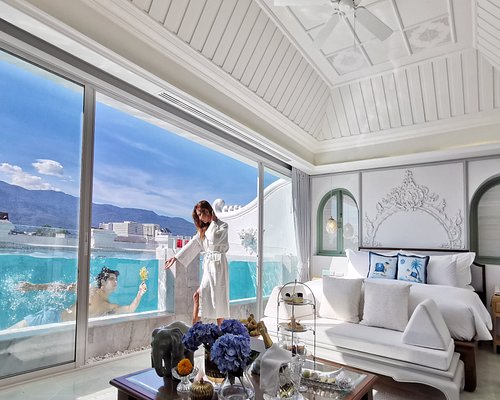 This is a nice, clean place. Downtown. Especially at the Wat-site, the rooms are very silent.
Good food too.
And at great price.
Definately a go-again-place !

This review is the subjective opinion of a Tripadvisor member and not of TripAdvisor LLC.
kimberry37
New York City, New York
310
Reviewed September 6, 2010
DO NOT STAY AT LE BATEAU IVRE!!!

DO NOT STAY AT LE BATEAU IVRE!!!

Worst experience ever at Le Bateu Ivre. Paid more for wi-fi (was not true). Then the owner blamed me for internet not working & yelled at me without letting me speak. When I got angry back, he threatened to call immigration and make problem for me. I asked for discount because wi-fi did not work and I needed wi-fi for work... he refused and kept yelling at me and saying it was my problem not his. I went to 5 other guesthouses -checked my internet at them all and had no problem... if the problem was with my computer, then why did I only have a problem at his guesthouse and not anywhere else.

I've been traveling for 5mo and have never had a problem like this... it literally ended with a screaming match with the owner. I am one of the sweetest people you'll ever meet; this was just ridiculous. To top it all off, he had taken my passport from me the night before (never had a guesthouse do that) and he refused to even let me see it before I paid the full amount, I refused to give him any money until I had a receipt and saw my passport and he aggressively ripped my money from my hand.

Dmitri-the owner of Le Bateau Ivre is a jerk... and treats his customers as though they are jerks... perhaps why I did not see any sign of any other guests. I do not want anyone else to experience this, so just avoid the place (and Dmitri) like the plague.

Dmitri no longer owns or runs this hotel and the wifi is free and fast. Nonetheless, I apologize for your experience, and hope that, if you're ever back in the area, you will give us another chance.

Report response as inappropriateThank you. We appreciate your input.
This response is the subjective opinion of the management representative and not of TripAdvisor LLC.
LibbyBeans
Singapore, Singapore
36
Reviewed April 16, 2010
Simply Mini Hotel - Near Amazing Temple

Good Things:
1. Price, paid 350 bht for a double bed in a good size room.
Had to share a bathroom, but not a problem. There were two bathrooms and three rooms on the floor. If you want to pay a bit more (500bht) I think you can get an ensuite.
2. Laid back and nice atmosphere.
3. Amazing food in the restaurant. Not only did they serve bacon ( a rarity in a lot of SE Asia) but also prosciutto.
4. On the road of the Sunday night market !
5. Staff was very courteous. Not very talkative (except for the slightly odd owner), but very helpful. The owner speaks French which obviously has it's uses.
6. In a more trendy (ie yuppie area). Good place to find information on proper yoga and massage courses. Also decent area of restaurants.
7. It's right by the Wat Chedi Luang ! (And a bunch of other beautiful temples)

Slight Annoyances:
1. Noise. If you face the street you'll be treated to music from the U Chiang Mai. The actual volume and type of music isn't bad, just that there is a subwoofer. You can get rooms that face onto a side street or the temple. You'd probably get talking from the monks, but it wouldn't be as bad as the street.