$31
$23
View deal
Booking.com$26
Hotels.com$28
Trip.com$27
View all 14 deals
Prices are the average nightly price provided by our partners and may not include all taxes and fees. Taxes and fees that are shown are estimates only. Please see our partners for more details.
GeorgeR32
Kuching, Malaysia
2054

I stayed one week in the Jacuzzi suite. Due to the location of the room, end of the corridor, next to Sukhumvit road, it was noisy. You can hear the sound of cars, tuk tuks late into the nights and early mornings. Another very annoying thing about the hotel was the very poor internet access. It was intermittent and slow. I ended up getting a local mobile sim card, set up a hotspot on my phone and used that. The S15 location on Sukhumvit was very good. Easy walking to Nana or Asok BTS stations. Also very close to the MRT/BTS interchange.

Room tip: Get a higher floor away from Sukhumvit road.
See all 869 reviews
Nearby Hotels 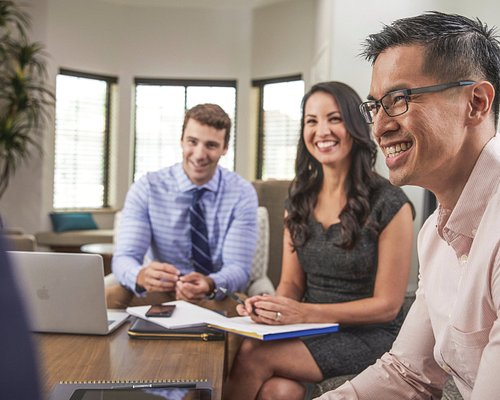 The Quarter Ladprao by UHG
$24

Stayed here for 12 nights. If it wasn't for the fact I prepaid, I would have probably left. As others have noted, it's a noisy hotel and is not for light sleepers. A pair of earplugs is necessary equipment. In addition to street noise and late night live singers outside (not the hotel's fault), the doors to the rooms are quite thin. In my room I could hear the piped hallway music any time it was on, which doesn't help get over jet lag. Bathrooms are nice, but a constant sewer smell emanated from the drain. Service is best described as indifferent and aloof. When I checked in they had assigned a regular room even though I had paid for a junior suite. I asked what time the gym opened and was told 10 am. It opens at 6. I asked if I could have a 2 hour delayed checkout (remember, I just gave the hotel 12 nights of business) and was told "no" by an unsmiling clerk who didn't even bother checking the computer. The gym, by the way, is barely adequate -- good for one person but not more. I ordered eggs at breakfast only to see it being delivered to another table. Some of the service staff are really nice, but quite a few of them were unsmiling and just seemed like they didn't care very much. This hotel can do better -- the interior decorating is great, the location is great, there's obviously been a lot of initial investment. In the Thailand hotel industry though, constant training of staff who interact with customers, and continued investment into the property, is critical. Both these things seem to be lacking at S15. One last thing -- S15 claims to be a member of SLH. It's not listed on the slh.com, only S31 is. Having stayed at several SLH hotels, I don't think S15 would make the cut. There are better options for the price in Bangkok.

This review is the subjective opinion of a Tripadvisor member and not of TripAdvisor LLC.
kitu02
Leicester, United Kingdom
43
Reviewed June 28, 2011
No pools, so what!

No pool, but so much to make up for it...
At the risk of sounding biased (and too bowled over by the fabulous interior), this is probably a good time to mention that S15 doesn't have a pool. Nope. But that's more or less the only negative. As expected, hi-tech trimmings echoes the contemporary design credo. Free Wi-Fi Internet throughout the hotel. Massive plasma television screens in every room. DVD machines and iPod docking stations (the latter in S15 Suites only). A well-equipped Business Centre.

A spa sanctuary and fitness facilities up on the seventh floor. Mezzanine Caf- on the second level serves a variety of local and international cuisine, doubling up as a coffee shop between meal times. A beverage service is offered in the Lobby Lounge. Except for making a splash, every need or whim is pretty much catered for. Friendly and attentive service perfectly complements the tangible offerings.

This review is the subjective opinion of a Tripadvisor member and not of TripAdvisor LLC.
zahidi
Selfoss, Iceland
4020
Reviewed June 25, 2011
Convenient Location, Nice Room

Stayed 3 nights here, for the second time. This time merely for golfing. The central location, and near the train station, make it easy for us travel in the city. The room was well equipped, spacious bathroom and cosy bed. Wi-fi is freely available. Breakfast was not that great but enough.
The view outside from the room was not very nice, since Bangkok is full of power and telecoms cables everywhere.

This review is the subjective opinion of a Tripadvisor member and not of TripAdvisor LLC.
Thaistyx
San Francisco, California
1445
Reviewed June 17, 2011
Great location and near Transportion

I've stayed here about six times in the last two years and I've never been disappointed. The front desk, the bell person, and the maids are all professional and exceptional. Rooms are quiet, walls are thick, and hallways are welcoming and attractive. There is a little street noise but that's to be expected when your on Sukhumvit. Standard rooms are a tad bit small but acceptable. Bed is not hard, very comfortable. Safe and closet unusual location, in the bathroom. Nice bathroom with separate bath and shower in a clear glass enclosure. The hotel is a little over three years old and is just starting to show a little wear but not enough to bother me. Free internet is a plus. Mini bar is available but I didn't touch anything. Guest friendly and very close to the night life. The underground as well as the skytrain within a 4 minute walk. A 24 hour McDonald's only a block away. Buffet breakfast although small, provided a good selection. I booked a room as a single, do book the room for two, same rate, and you're entitled to two breakfasts. I had a guest with me for breakfast and they told me I should have booked for two. They didn't charge me for the extra breakfast. Overall, I will continue to return to this hotel as long as the room rates remain stable at under 2500 baht a night.

This review is the subjective opinion of a Tripadvisor member and not of TripAdvisor LLC.
SIDDENIS
New Delhi, India
12
Reviewed June 3, 2011
I liked it

It is a good Hotel as i had stayed many times , very nice hospitality, the hotel is idealy located for local transportation, the staff is very helpfull and supportive. Hotel Spa had very good packages and the service is also good. Breakfast has a variety of cuisine