the cheapest at a strategic location - Pranee Building

the cheapest at a strategic location

I'm not too picky, just need a place to sleep and taking a bath, so this place is perfect, because with less than 500b/nite you get a quite big room, shower ,fan room in siam area, just 1 minute walk to 7/11, 2 min to BTS ,3 min to MBK/BACC, and 5-10 min to siam square/siam paragon.

eventhough the hotel is old, very basic, but overall is clean, the owner lady is nice, and if you have a thing for old motorcycle, on the garage you will find classic motors such as ariel, norton, etc.
don't forget to eat at the restaurant , very cheap and tasty meals !

Room tip: lower floor, because no elevator !
See all 39 reviews
Nearby Hotels 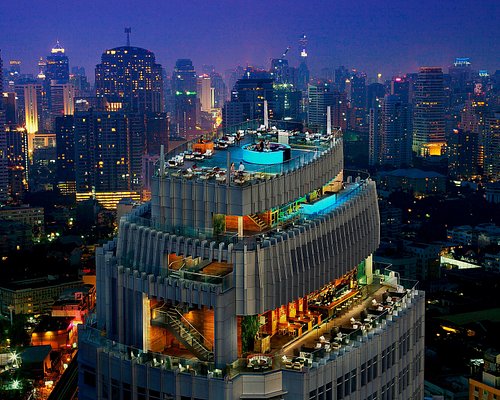 The Quarter Ladprao by UHG

As I get older, it's getting harder to stay at the Pranee Building. It's old. I stayed in 2005, and returned five years later, and not a single thing had changed, including, I imagine, the sheets. No updating. No maintenance. It's a worn down, slightly better than a backpacker-style place with good (though loud) air conditioning (but not in every room) for prices that are hard to beat for a major city like Bangkok. I love the location, across from MBK and right down from the end of the Silom line of the Sky Train (National University Station, I believe). But, the beds are old and not of great quality, the furtniture looks like it was dragged off the street by people who left it, and it generally has a dusty feel to it.

Don't get me wrong: I love Pranee, but it doesn't have the level of comfort that I'm starting to require as I get older. During my last trip to Thailand, I stayed at the Pranee three times. I also stayed elsewhere and paid more for better accommodation. That said, these folks are reliable. When they take down a reservation, they honor it. I've never had a problem with them, and they've always come through. I would simply like a better bed. And maybe even some blankets.

The restaurant attached to the Pranee is also servicable. It's not going to wow anyone, but it gets the job done and is always a base-hit.

I prefer places like the Pranee and Siam Square to any of the types of places up in the Khao San area. I could also like Sukhumvit, though I've never stayed there. For what it is, it's unbeatable. Most of the folks reading this, however, will likely have outgrown this style of accommodation long before arriving.

This review is the subjective opinion of a Tripadvisor member and not of TripAdvisor LLC.
Ryanharmy
Chonburi, Chon Buri, Thailand
13
Reviewed March 25, 2012
Backpack lover

It's very suitable for backpackers because the room has only a bed with no TV and fridge but When you check in you will see like a original small hotel in Bangkok (very antique thai style and little scary) but for backpackers very perfect!!

This review is the subjective opinion of a Tripadvisor member and not of TripAdvisor LLC.
kayjay16
Cleburne, Texas
2232
Reviewed September 13, 2011
Unbeatable location at budget prices

The location is really the main draw to this hotel. The accommodations themselves are very basic, Thai-style - 500 baht per night. If you don't plan to spend lots of time in your room then this is perfect. If you're expecting luxury and amenities, then this probably isn't the place for you. The rooms were clean, neat, and had hot water showers and AC. One oddity - the bed sheets were more like terricloth towels. I wasn't sure whether to use it for the bath or to sleep on it. There isn't an elevator so keep this in mind if you have a lot of luggage. There are a couple computers on the ground floor with internet for a small fee, but no wi-fi in the building, though you may be able to pick it up from the surrounding area. On the ground floor there's also a decent little restaurant with Thai meals from 30-70 baht. There are two entrances - one on the main street where the restaurant is. And right next to the 7-11 convenience store - great for snacks, bottled water, or incidentals. The other entrance is on a side street and you have to use this one after the restaurant is closed - again something to keep in mind if you come in late. Don't panic if the main entrance is locked! Just go around to the one on the side street.

The hotel is directly across the street from the National Stadium BTS station, so tremendous convenience for getting around that way. Also extremely convenient from coming directly from the airport to the hotel on the BTS - again if you don't have massive amounts of luggage, which we didn't. It's right in the middle of great shopping with MBK, Discovery, Siam Paragon, the Bangkok Arts & Culture Center, etc. It's a real gem for location and I'll stay there for future visits for sure.

This review is the subjective opinion of a Tripadvisor member and not of TripAdvisor LLC.
robinp67
Bangkok, Thailand
11
Reviewed June 8, 2011
we love it, will be back will recomend to friends

can you confirm a booking again now for
check in 13 June 2011 Mon
check out 15 June 2011 Wed
Mitch Johns
send confirmation to robinp67@hotmail.com

This review is the subjective opinion of a Tripadvisor member and not of TripAdvisor LLC.
honeybeevt
Denver, CO
21
Reviewed April 6, 2010
Friendly Guesthouse in Great Location

I stayed here several times over the years while I lived in Thailand. The English-speaking staff were always friendly and remembered me, and I liked that it felt like a family business. It's a no frills kind of place, but clean and more than adequate as a place to crash while visiting the city. It's very conveniently located right off of the National Stadium BTS station, and the restaurant downstairs serves standard cheap Thai fare.

The only cons: no elevator, which can be a pain if you're on the 5th floor and have a large suitcase, and the fan rooms, while cheap, can be very noisy due to the screened windows into the hallway.