gooD hotel but to far from city centrum - Tongtara Hotel

$24
$14
View deal
Free cancellation until 11/03/21
Hotels.com$24
Booking.com$16
Travelocity$24
View all 12 deals
Prices are the average nightly price provided by our partners and may not include all taxes and fees. Taxes and fees that are shown are estimates only. Please see our partners for more details.
famotten
Assen, The Netherlands
11

gooD hotel but to far from city centrum

See all 300 reviews
Nearby Hotels 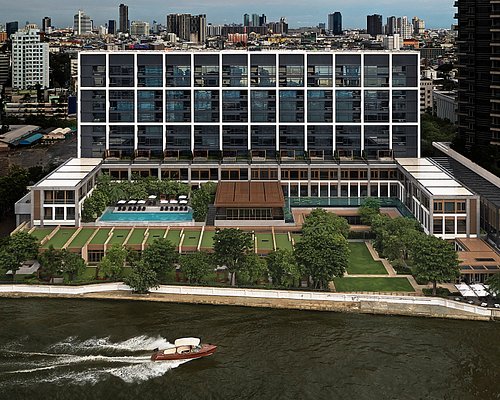 far from central of bangkok a little.
but, room and breakfast was good.

This review is the subjective opinion of a Tripadvisor member and not of TripAdvisor LLC.
smedley3300
Bangkok, Thailand
21
Reviewed March 11, 2011
Its an okay hotel, very reasonable

I have stayed here my past 3 visits to Bangkok. This is a no frills room, but clean and adequate. Staff was friendly, room service also nice, but you get extra special service if you tip them well, but by US standards, a bargain. We have family nearby, within walking distance, so the location was good. Our room included breakfast, which was another bargain. Lots of choices. You will do better to call this hotel for reservations, online it always says no rooms available. Our family usually handles that. All in all, a decent hotel,cheap but not scary.

This review is the subjective opinion of a Tripadvisor member and not of TripAdvisor LLC.
meme_may
Tokyo, Japan
11
Reviewed March 8, 2011
room very nice and good service.

room very nice and good servce.
thank you for your kindness.
no commend

This review is the subjective opinion of a Tripadvisor member and not of TripAdvisor LLC.
jeablee
Seoul, South Korea
11
Reviewed March 1, 2011
good for service and good sleep!

i was this hotel 3 time for working in bkk and my company near the hotel.

This review is the subjective opinion of a Tripadvisor member and not of TripAdvisor LLC.
tijax5
Bangkok, Thailand
1715
Reviewed October 28, 2010
Liked the slightly quiet location with boat taxis, but some issues

The best thing about the Tongtara was the location. It is slightly outside of the main downtown area. However, it is not far from the boat taxi pier. That really saved us the stress and hassle of taxis as we were able to see most sights via the river and return to the hotel that way as well. The view of the river really is nice, too.
One of the disappointing things about the hotel was that every single thing was charged. Wireless internet was insanely expensive (but I just used my aircard..still). Not free as the little wifi icon would indicate. Most hotels, even much cheaper ones, offer reasonable internet rates or offer it for free. The same goes for room service and other services here. They are so overpriced you are better off just going out. Also, some things, like the safe, do not work, even though they are listed on the website.
More distressing was that I made a reservation, but when we showed up, they had no idea who we were. The woman at reception had to call and have someone else look to see if they had a reservation for that day. It got sorted in 5 minutes, but not the best beginning to any stay.
The staff is ok, but not very familiar with the city. So, for the most part, they are not the best place to get advice on how to get around, trains to take, etc., unless it is directly in front of the hotel.
Still, overall, due mostly to the boats, the place was ok. I wouldn't mind staying there again, but it is a little irritating when a hotel claims things but does not deliver