Orbitz.com
eDreams
Expedia.com$19
View all 14 deals
Prices are the average nightly price provided by our partners and may not include all taxes and fees. Taxes and fees that are shown are estimates only. Please see our partners for more details.
kent20182018
Melbourne, Australia
62

Location near airport great for one or two nights. Very basic shower & amenities, however the price is very cheap. Massage available & good WIFI.

People nice and close to Paseo Mall with a night market.

See all 678 reviews
Nearby Hotels 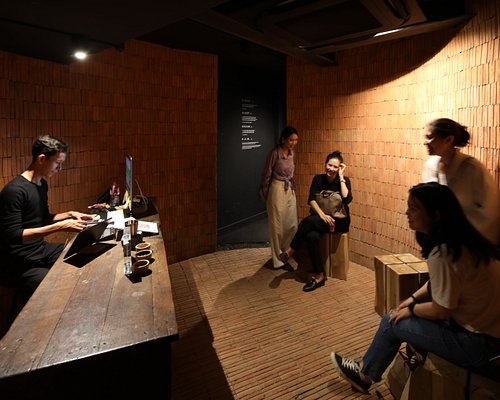 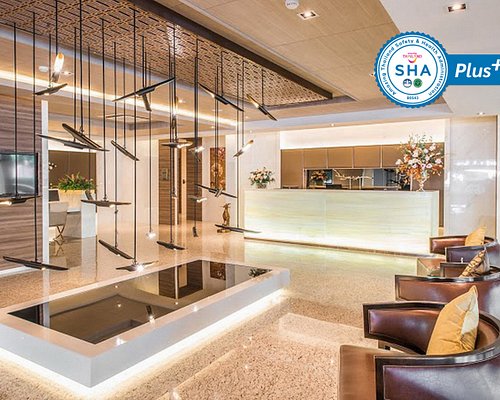 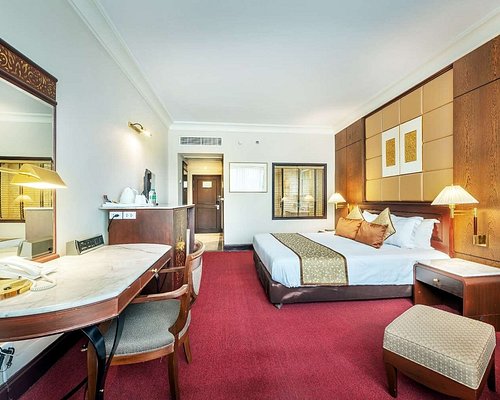 having used a few hotels near suvi airport some overpriced and one or two not worth visiting. the regent is what it is a 3 star hotel clean,dated,handy to the airport has a shuttle bus also has 2 styles of food eating establishments i used the one recommended by the staff it was good average thai food. i will use it again if you want 5 star then look elsewhere but for good basic hotel is the style you will find all over thailand. I am adding to this review because of my last trip her I had booked well before as usual (see my jetstar review) tired I paid the agreed price of my booking The girl at the desk (evening &nights) said you have no booking but I had it all written down on a book I carry eventually she found but i was a lot of effort on her part I adde 25%tip as i needed sleep Then at 2am I got a call from her to say I had underpaid by 2oo baht which I paid.I am unsure if I will stay here again

Room tip: upper rooms of course are best and arrive for the day shift as the girl on then is very pleasant
Ask Peter B about Regent Suvarnabhumi Hotel
2  Thank Peter B

This review is the subjective opinion of a Tripadvisor member and not of TripAdvisor LLC.
714stevem714
Auckland, New Zealand
346188
Reviewed January 22, 2019 via mobile
Poor quality all around

We stayed only the one night on a stop-over, choosing the hotel because it’s proximity to the airport (only 10 minutes by car).
We ordered a deluxe double room with airport transfers and the price of the room was good, but this hotel was not. This is a hotel trading on the Regent name but in my view has no rite to do so.
Let’s start with the airport transfer. Despite confirming flight details with the hotel for the transfer, there was no sign to greet us as the arranged pickup point however after asking around they had our names. They seemed in a state of disorganisation with the expected arrival of a vehicle moving 3 times. Had we been told it was going to take over 40 minutes we would have taken a cab. Given the airport transfer was an advertised feature of our stay this was not a good start!
The room itself was far from deluxe, showing its age and a number of quirky features. One bed couldn’t sit flush to the wall leaving a 50 cm gap from the head of the bed to the wall, the room had a large kitchen that held only a jug to boil water (no tea or coffee of any description), and, steps up into the room, bathroom and shower that seemed designed to trip you up.
The bathroom was very small and contained a shower that appears to be patched together with some sort of water heating device that results in a tepid and weak flow. But probably most disappointing was that the room didn’t appear to be well serviced, and included empty shampoo bottle in the shower and half a toilet roll.
Breakfast was serviced in a venue at the back of the property, more of a canteen than a restaurant. While it was cheap, it was not nice. Cordial for orange juice and instant coffee.

This review is the subjective opinion of a Tripadvisor member and not of TripAdvisor LLC.
Aussiedodo
Stanthorpe, Australia
4515
Reviewed December 28, 2018
Cheap but not much good

We booked 3 day rooms supposedly with 3 single beds. On arrival there was a double bed and a single. Waited over an hour for the shuttle which was exhausting after a flight and on arrival the receptionist couldn’t speak English. Also workers smoking in the vicinity and no aircon on in public areas like the foyer. Couldn’t wait to get to the room for a cup of tea where we found everything provided except tea and milk itself. The same in the foyer area, kettle cups etc but no tea. The rooms does not have blackout curtains and are very noisy!! This made sleep impossible for me, which was the reason why we were there.

This review is the subjective opinion of a Tripadvisor member and not of TripAdvisor LLC.
Ahmed J
Lahore, Pakistan
7897
Reviewed December 20, 2018 via mobile
3 stars and I am being benevolent here.

We reached here around 2am tired after a long flight from Australia. The check in was smooth but there was no one to help us luggage to the room, anyways, carried it myself. The room was short of pillows and the sheet, asked for that and a person rocked up 20 minutes late. The room was large had a single and a queen bed with side table, balcony and the toilet, a bit of kitchenette to it as well. Toilet had no exhaust, so it was stinking bad. Air conditioning was great; coming to the general cleanliness: it was average. Talk about sleep, around 5am the roosters on the street made sure we needed no alarm. Anyways, some positives: a shopping mall is 5 minutes walk and so is McDonald's and KFC, which is huge plus. The shuttle service is fine, but hotel is 15 minutes drive from the airport: not at the airport. The check out time is 1pm and you gotta pay 100 bth per hour afterwards. Breakfast is basic toasts and eggs brought in from the restaurant; it has no Air conditioning and hardly a fan there too. It

This review is the subjective opinion of a Tripadvisor member and not of TripAdvisor LLC.
Oz_Chef1963
Kumphawapi, Thailand
3830
Reviewed November 20, 2018 via mobile
Cheap n cheerful

Airpirt shuttle is fairly quick .... ariund 10 to 15 mins... checkin is good and the rooms are ok.. beds are a bit hard if you arent familiar with Thai hotel beds...good for a layover as its designed.. checkout is easy as is the shuttle back to the airport. ... happy travels

This review is the subjective opinion of a Tripadvisor member and not of TripAdvisor LLC.
View more reviews
PreviousNext
1234…
<script type='text/javascript' crossorigin='anonymous' async onerror='__scriptLoadError(this,true);' src='https://static.tacdn.