$78
$54
View deal
SAVE $24
Free cancellation until 04/21/21
Travelocity
StayForLong$78
FindHotel
View all 13 deals
Prices are the average nightly price provided by our partners and may not include all taxes and fees. Taxes and fees that are shown are estimates only. Please see our partners for more details.
ThePuba
San Diego, California
17186

Well Worth A Stay

Large comfortable clean rooms just a few blocks from the Medina. The staff was friendly and welcoming. The spa offers a 1 hour massage for 450dh. The breakfast was very good. The WiFi is weak in spots.

Trip type: Traveled as a couple
See all 119 reviews
Nearby Hotels 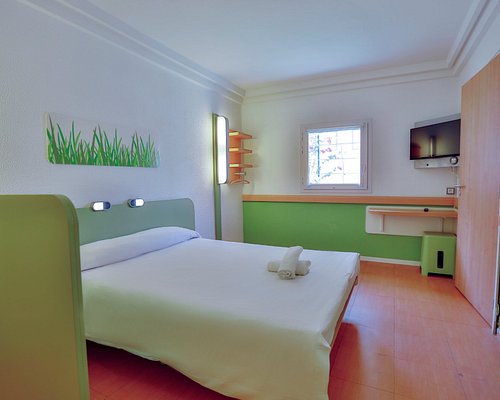 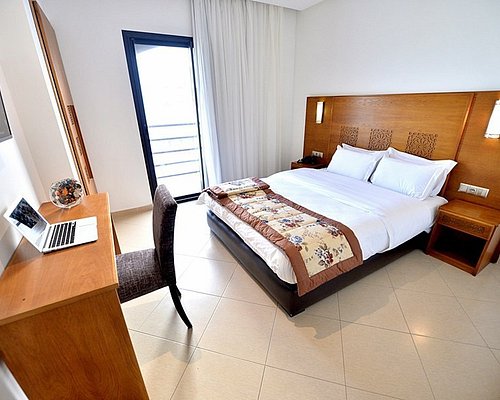 This hotel is wonderful from the facilities to the staff. Big clean (ours overlooked the port of Tangiers) with a totally comfy bed!!! The staff was wonderful. Excellent breakfast buffet with everything imaginable offered. Nice lounge to have a drink at (there is live music as well at night). Secure parking in the hotel property. Enjoy!!!!

This review is the subjective opinion of a TripAdvisor member and not of TripAdvisor LLC.
Cruiser320714
11
Reviewed January 11, 2019
SCAMMERS - STAY AWAY!

I had the worst experience dealing with this hotel. From the time of booking (booked through hotels.com) to returning from this trip, nothing has gone smoothly with them. Right after i booked, i emailed them to ask about transportation to/from the hotel. After several emails, i received ZERO responses. That should've been my cue to go elsewhere, but i was lured by the location and views of the hotel.

At check-in, the hotel staff claimed that they didn't have a reservation under my name. After i showed them a print-out of my confirmed reservation through hotels.com, they RELUCTANTLY checked us in but gave a long run-around and made us wait forever. Once we got to our room, we realized that there was NO wifi signals even though the hotel advertised free wifi throughout. We immediately called the front desk, and was given more run-arounds and promised to send someone immediately. 30 minutes later, no one came. So we called again, got a different front desk person and had to go through the same spiel, got the same promise that they'll send someone. An hour goes by, and still nothing. At this point, I went downstairs to the front desk and got a different excuse this time - the technician lives far away and will take a long time to get to the hotel to make the fix. But they promised it'll be fixed by that evening. The next day, still no wifi. I followed up one last time, and they acted like it was the first time i'd reported it. Frustrated, i gave up and went about my day exploring the area.

The room itself was fine. Nothing spectacular. The shower had no doors so the water splashed everywhere and we had to put towels down so we didn't slip when we came out of the shower. The breakfast was their only saving grace - it was pretty tasty and plentiful.

At check out, the drama continued. They claimed there was no payment made for our stay. After i showed them, AGAIN, my hotels.com confirmation stating the payment was made in full, they still insisted that they haven't received any payments and asked for my credit card to "keep on file" and that they'll wait another day to see if the payment comes through first. After i returned from my trip, i got a notification from my credit card company that there was a sizable foreign charge made. It was through this hotel (under the name HOTEL DAWLIZ TANGER), and it was charged on the SAME DAY that i checked out and for MORE than what i had paid for through hotels.com. So not only did they not keep their word, they upcharged me.

So now i have to deal with being charged more than double for this mediocre hotel stay. Not exactly what i had in mind after a long trip!

After contacting hotels.com, they said the payment did go through and tried to contact the hotel directly to give me a refund but couldn't get ahold of anyone at the hotel. They ended up refunding me the amount i paid through hotels.com, but it was less than what the hotel charged me. I then had to file a claim through my credit card company to get the difference back, which took another 8 weeks.

I cannot fathom how a hotel with such terrible practice is still in business. Please save yourself the trouble of being scammed for more money and get less than what they advertised!

This review is the subjective opinion of a TripAdvisor member and not of TripAdvisor LLC.
yeet57_54
95
Reviewed December 16, 2018
Comfiest bed ever

Only stayed one night here but wish I could've stayed longer. The view from my room was amazing and the bed was one of the comfiest i have ever slept in. Room was spacious and modern. Only downside was there was no WiFi in the room at all.

This review is the subjective opinion of a TripAdvisor member and not of TripAdvisor LLC.
CPUIII
Dhahran, Saudi Arabia
3933
Reviewed November 14, 2018
very nice veiw for the sea view rooms

Very friendly front desk and helpful employee, the room with balcony on the sea has excellent view, spacious room and bathroom.

The internet does not work properly in the room, the front desk try to help and send me the technician and end up with a router in my room but still the problem with the internet not resolved

Room tip: if you are not on budget go for sea view rooms
Ask CPUIII about Fredj Boutique Hotel & Spa
1  Thank CPUIII

This review is the subjective opinion of a TripAdvisor member and not of TripAdvisor LLC.
HabibB241
32
Reviewed October 15, 2018
Body and soul

I have just spent a couple of nights at fredj hotel, a great experience made possible by the friendliest, very professional staff. Friendly and helpful staff, from the doorman up you feel love everyone is dedicated to make your stay as smooth as humanly possible.
The view from the rooms and the restaurant, is unique on the Detroit. On a clear day one can see Tarifa, the most southern point of Europe, and down below the beach and the port of tangier. All in all the view is very southing, and can cure many illness.
Very well situated, a very short walk and you are in the heart of the old kasbah, and the same distance to the modern part of town. I highly recommen this place

This review is the subjective opinion of a TripAdvisor member and not of TripAdvisor LLC.
View more reviews
PreviousNext
1…456…20