Anaheim Marriott
Anaheim Marriott
Lowest prices for your stay
Lock in the lowest price from these sites
$159
$137
Reserve now, pay at stay
View deal
Expedia.com$137
Hotels.com$137
Priceline$137
FindHotel$137
Orbitz.com$137
travelup.com$159
View all 22 deals
Prices are the average nightly price provided by our partners and may not include all taxes and fees. Taxes and fees that are shown are estimates only. Please see our partners for more details.
bthomps01
Des Moines
5459

Review of Anaheim Marriott
Reviewed May 29, 2019

Check in process was efficient and my stay was without event. I would stay here again if I was attending a conference or going to DisneyMore

Thank you for staying with us at Anaheim Marriott during your convention trip to the city. We are pleased to know you liked our ideal location close to the convention center and Disney resort as well as the seamless check-in. We look forward to hosting you again soon.

Report response as inappropriateThank you. We appreciate your input.
This response is the subjective opinion of the management representative and not of TripAdvisor LLC.
See all 2,538 reviews
Nearby Hotels 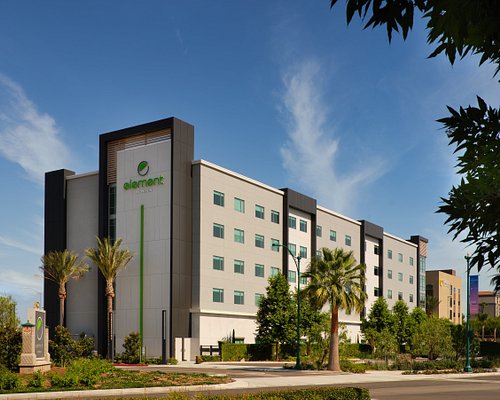 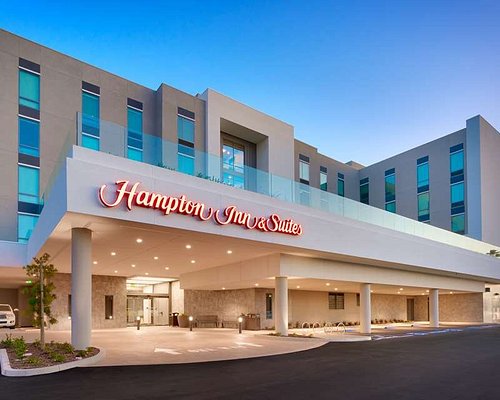 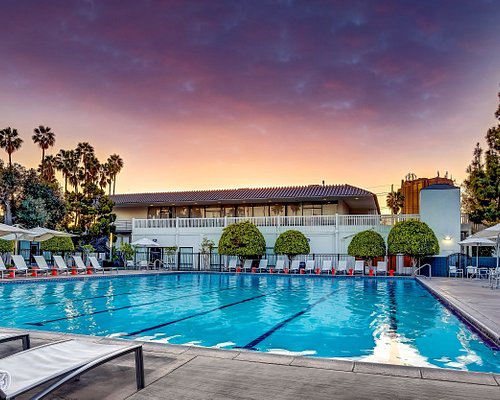 I had a balcony room which was nice to relax. Very clean hotel. The downstairs bar had slow and terrible service, but I think it’s because the vintage guy working there for too many years.

Great location for everything in the area.

Thank you for staying with us at Anaheim Marriott. We are pleased to know you loved our well-appointed rooms and excellent location. Although you had an overall great experience with our service, we are sorry that it was not the same at our bar. We value your feedback and look forward to hosting you again soon.

Report response as inappropriateThank you. We appreciate your input.
This response is the subjective opinion of the management representative and not of TripAdvisor LLC.
Scott B
Green Bay, Wisconsin
102120
Reviewed May 23, 2019
Friendly, Clean, Convenient

The staff was very friendly and helpful, the room we stayed in had been recently updated, it was clean, it had plenty of room...it was lacking in drawer space. GREAT water pressure in the shower. The bed and pillows were comfortable. Walking distance to Disney, and the convention center is right next door.

Ask Scott B about Anaheim Marriott
1  Thank Scott B

Thank you for evaluating your stay at the Anaheim Marriott. Nothing is more important than your satisfaction, so we are delighted to know how happy you were with our excellent staff, spacious accommodations as well as the convenient location. We appreciate your business and look forward to welcoming you again soon for another enjoyable stay.

Report response as inappropriateThank you. We appreciate your input.
This response is the subjective opinion of the management representative and not of TripAdvisor LLC.
Nebu L
14
Reviewed May 23, 2019
Privacy being violated

I have been a loyal Marriott customer at least for the past 6 years. Every year when I attended the annual convention at the Anaheim Convention Center, Anaheim Marriott Hotel was always my first choice. This year I had a HORRIBLE experience. Recently, the hotel had merged their reward program & made some changes onto the program. They claimed that they became bigger & better but instead they took away some of the important benefits to the gold members. Prior to my arrival, I called the hotel & asked about the new program, the front desk conveyed the changes to me. He gave me the impression that since I am not at their highest level of the reward program, & now that they have merged with other hotels & have more members that belong to the Platinum & Titanium, so the gold members are just not as important. When I asked about paying to upgrade to access the concierge lounge, I was told that since they have so many Platinum & Titanium members, I no longer have the option to pay to access the lounge. That phone call made me feel that as a gold member, we are not being valued at all. Upon my arrival, again I was told about the changes and again I was given the impression that it is no longer valued being a gold member with the Marriott reward program. The front desk service was not as friendly as I anticipated. I try to deal with the changes & try to be patient with their service since it was a very busy weekend for the hotel. The next day, I called the front desk at about 9 am to request a late checkout. I know that for gold member the latest checkout time is 2 pm. The front desk girl that answered the phone named Bridgett, she had an attitude & was rude. She told me very bluntly that the latest I can check out is 1 pm. I agreed to that but not happy with the way she talked to me. Right after the phone call, I decided to take some of my luggage to my car so that when it is time to check out I don't have to rush back to do that. I made sure I had the privacy tag hanging on my door when I left my room to go to the parking garage. I left my room no more than 15 minutes. When I came back to my room, I was very shocked that the cleaning crew was in my room cleaning and throwing out the things that I had on my desk and in my room. Up until this point, I am still not sure if I have lost something important because they put all my stuff that was in the room & on the desk into the trash. I was very upset, I told them that I have not checked out yet, how could they come into my room without making sure that I have check out or not especially when I still had the privacy tag hanging on my door. I felt my privacy was seriously being violated. At that time it was only 10 am and it was not even the regular check out time yet. I called the front desk right away to file a complaint, & again the girl named Bridget answered the phone, while I was still talking, she hung up on me. I went downstairs to the front desk to complain about this, all I was told that they will open the case and investigate the whole situation. When I checked out in the afternoon, no resolution or explanation was given prior to my departure. I talked to the manager Shawn who was on duty that day, I gave him all the details, he apologized for the inconvenience and I told him that was not just a minor inconvenience, it was a privacy violation. All I was told that they will investigate and get back to me. When I wrote this review, it is already about a week after the incident happened. Up until now I still have not heard from the Marriott management team either via email or phone call. I am totally disappointed and totally lost confidence in Marriott Hotels. I still have a hard time to believe that this happened at a Marriott hotel that claimed to be a 5 stars renown worldwide hotel. I will not consider staying at this hotel not only because of the incident that happened but also the way I was being treated & the way they handle the whole situation.

Thank you for your loyalty to the Marriott brand and for bringing this to our attention. We take your concerns very seriously, as we never wish to cause our guests’ any inconvenience. We invite you to contact us directly at the hotel so we can fully solve this matter. Thanks!

Report response as inappropriateThank you. We appreciate your input.
This response is the subjective opinion of the management representative and not of TripAdvisor LLC.
MillionMile8888
11
Reviewed May 22, 2019
Super nice staff and treated us like family!

I was incredibly surprised by the warm welcome by the staff of the hotel. We were on vacation to celebrate my daughter's 5th birthday and the team made it a really special occasion for her. They prepared a thoughful hospitality gift which was already placed in the room prior to arrival. The team even provided a beautiful card with signatures from entire staff. This kind touch was completely unexpected and surpassed all of our expectations. My daughter totally loved it! I should also mention the accommodations were superb and well maintained. The kids has fun at the pool and I was able to get a good workout in the expansive health club / gym. All in all, a great stay at an excellent property. No doubt this is will be the only hotel I'll stay next time we're back in Anahiem. Thanks again to the wonderful team at Anahiem Marriott!

We are happy to read that you and your family had a pleasant, fun-filled stay at the Anaheim Marriott. There is nothing more rewarding than knowing you were impressed by our hospitality. We are also glad to read that you enjoyed your stay and that you liked our accommodations as well as the pool and fitness center. Thank you for choosing us to celebrate your daughters birthday, and we look forward to your next visit.

Report response as inappropriateThank you. We appreciate your input.
This response is the subjective opinion of the management representative and not of TripAdvisor LLC.
dentravelr
1318
Reviewed May 22, 2019
Great Property

Service from arrival was spot on, even though the hotel was was hosting a kid's dance competition which looked quite hectic. Rooms are very modern and clean, and the bed was surprisingly super comfy. It's a large property so expect to walk a ways to get around, but overall a really great experience!

Thank you for your wonderful comments about the excellent service you received from us at the Anaheim Marriott. Our main priority is your comfort and convenience, and we are glad we met your expectations. We look forward to serving you again whenever your travels bring you back to Anaheim.

Report response as inappropriateThank you. We appreciate your input.
This response is the subjective opinion of the management representative and not of TripAdvisor LLC.
View more reviews
PreviousNext
1…171819…