$117
$86
View deal
Free cancellation until 12/18/21
Hotels.com$112
Eurostars Hotels$117
eDreams$112
View all 17 deals
Prices are the average nightly price provided by our partners and may not include all taxes and fees. Taxes and fees that are shown are estimates only. Please see our partners for more details.
AFLion85
Montclair
3542

The Eurostars Budapest Center Hotel is within walking distance of many of the major sightseeing attractions in Budapest. Rooms are large and modern, and air conditioning worked wonderfully. We had a room on the 7th floor that faced a major street, and we could not hear any street noise at all - great soundproofing! The breakfast buffet was much better than many I've had, so I highly recommend it. The staff was warm and friendly. Judet, in particular, was superb. She really knows the area and gave excellent recommendations, whether it was where to get some authentic Hungarian cuisine, or where to grab a drink with a great view over the Danube. Judet was also incredibly helpful with setting us up for a trip to the Szechenyi baths, including towels, flip-flops, and robes! The hotel has free wi-fi as well.More

Show less
Room tip: The floors on the 7th floor in the front have cute little balconies from which you get a very nice view of the immediate area.
See all 2,789 reviews
Nearby Hotels 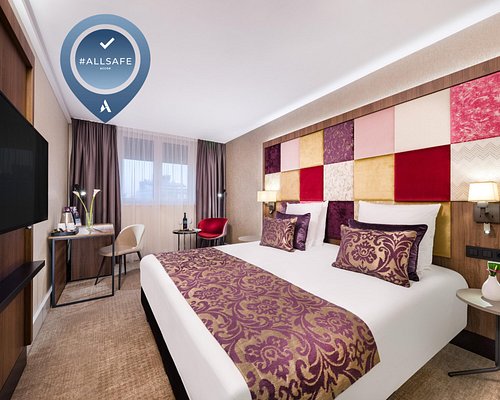 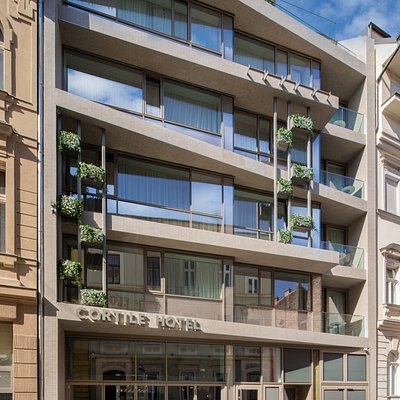 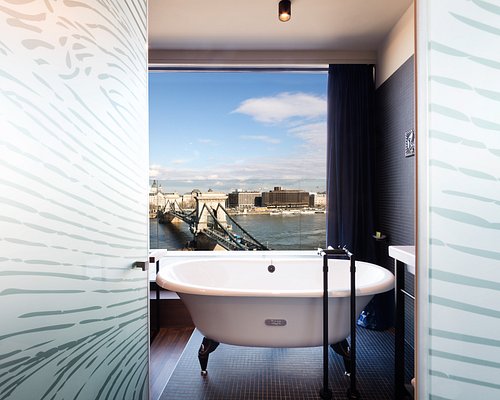 This hotels location is great, right next to two subway stations and also near a few stops if you want to travel on any hopon-hopoff busses. Our room was nice, lovely size, the bathroom however needed a little spruce up, not only that but the show was extremely difficult to get into without slipping so older guests probably should be a little careful. The breakfast was probably the best part of this hotel, something for everyone, fresh and enough to fill your boots. The staff were ok, some great some not so great but nothing that would ruin our trip. I'd stay here again but perhaps it wouldn't be my first option. However a great stay in Budapest!

This review is the subjective opinion of a Tripadvisor member and not of TripAdvisor LLC.
Nofp
Yavne
4912
Reviewed July 16, 2017
Excellent location good service

The hotel is located in the center
walking distance from most interesting places
the hotel is defiantly recommended,
the service was very nice and helpful
the rooms are clean and good
breakfast was good and

This review is the subjective opinion of a Tripadvisor member and not of TripAdvisor LLC.
magnusr964
Tromsø
81
Reviewed July 13, 2017
Excellent location, nice rooms, front desk staff could improve

We were a group of three friends who stayed for a few days. The location is fantastic for tourists: Close to many of the main attractions of the city, easy access to public transportation and several nice restaurants a short walk away. The building itself is pleasant and the breakfast buffet was also very good.

The rooms were clean and quite spacious, the beds were nice, the wi-fi signal and bandwidth was excellent, and there were no noise problems. Still, there were a few quirks: One (sliding) bathroom door was very heavy, the A/C did not get quite as cool as we wanted (although it may be that we just did not figure it out) and at least one wall could use a new coat of paint. In addition, the TV would automatically switch on when you put the keycard in the "electricity slot" upon entering the room. Nevertheless, these are minor issues and the overall room quality was more than satisfactory.

However, we found that the front desk staff were not always as friendly as we could reasonably expect. We met several of them during our stay and although it must be said that some were perfectly nice, others were curt and in our opinion not very hospitable. An example: One of us left a few days before the others and paid the city tax for his stay when he checked out (this was witnessed by all of us). I was then later stopped when entering the hotel and told that he had told the front desk that we (the two who remained) would pay it and it had not been paid. I said that we had all seen him pay it and I went to call him to confirm this. When I got his confirmation, I returned and told the receptionist this: She would not believe me and claimed (absurdly) that when I was here before, I had said that what he had paid was the "taxi", not the "tax" - as if that would change anything to do with his actual payment of the city tax. We were eventually able to figure it out - it likely had something to do with the fact that we made two bookings for respectively the nights before and after he left. That is in itself a forgivable misunderstanding, but I expect to be treated with less suspicion and a more courteous tone in cases like this. In some other instances, their tone would indicate that they considered everyday requests like having the room card recalibrated after it stopped working as burdensome. This level of courtesy and service-mindedness is below the standard that a hotel that brands itself as "four-star" should provide. I wonder if we somehow gave the impression that we were "party" or "stag do" tourists (we were not) and that this could have skewed their perception of us, but nevertheless I expect the staff to treat each new booking in an unbiased manner.

In summary: If you don't care about the level of hospitality from the front desk, this can be a great choice for you, but if you do care, you may have a more pleasant stay elsewhere.

This review is the subjective opinion of a Tripadvisor member and not of TripAdvisor LLC.
Travellors3
Sparta, New Jersey
2610
Reviewed July 9, 2017 via mobile
Travelers 3

Great central location, no need for a car either since the hotel arranges black car pickup; airport to hotel is 27 to 33 euros. Rooms and linens are clean. I love the crispy clean sheets. We had a king bed and cot and had enough space to walk between. Rooms still have that newly renovated feel and smell. Hard wood floors add to the cleanliness. Hotel restaurant is available w chef. Patio adjacent is available for eating takeout while still enjoying the hotel bar. I would stay here again.

This review is the subjective opinion of a Tripadvisor member and not of TripAdvisor LLC.
rubiashkenazi
Tel Aviv, Israel
2626
Reviewed July 9, 2017
great location

the hotel is located very close to Vaci St. which is the main street.
it is close to Metro and Bus station.
the hotel stuff was very helpful and polite.
i asked for 2 separate beds and got it .
all in all it was good value for money.