Get away - InterContinental Melbourne The Rialto

Review of InterContinental Melbourne The Rialto
Reviewed June 4, 2019 via mobile

Love this hotel, beautiful old buildings with information on its history, great food lovely bar areas and the staff are very friendly and helpful. Definitely worth a visit. Very well situated in the bustle of the city

Trip type: Traveled as a couple
See all 2,598 reviews
Nearby Hotels 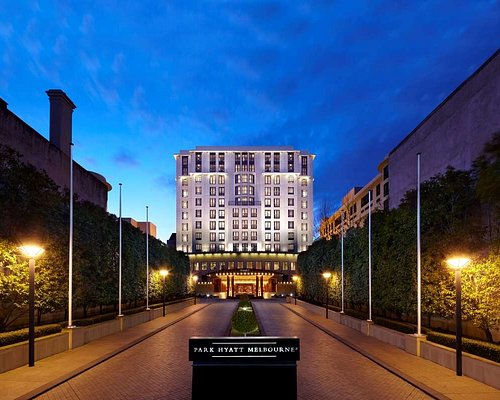 I stayed at this property for a week while on business in Melbourne. I specifically chose this as I have Ambassador status with IHG, and have found that Intercontinental hotels are generally of a fairly high standard.

On the face of it, this property has it all - a great location, good building and the amenities work.

Unfortunately, I found the delivery lacklustre.

Firstly a few positives... The location is quite central, and it's easy to get onto the trams. (I'd recommend you take your own map or use your own app, though, as the concierge was unable to help much.) The gym and fitness area is quite well appointed. Food is generally of a high standard.

But these were outweighed by the issues I experienced.

Issue 1 - I received no recognition for being an Ambassador member. Normally you expect to be given a welcome amenity or at least a card, a room upgrade, etc. After all, Ambassador status is something I pay for. At this property I received nothing of the sort. Of course, I received the obligatory "thanks" but that was it.

Issue 2 - In the club lounge, Internet access is spotty and when you have, it's painfully slow. I specifically bought a room with club lounge access as I wanted to use it for working. Unfortunately, the Internet access from the lounge was such that I was relegated to my room. The club lounge also closes at 1930 which I've found to be earlier than most other properties.

Issue 3 - Service in the restaurants is ho-hum. I ate one evening at the bar. I waited over an hour for them to clear my plate after finishing eating. Fortunately I was reading, and lost track of time, but I would at least expected someone to come and offer me a top-up to my drink. This never happened. I never dined at their formal restaurant downstairs with the exception of breakfast in the morning. Admittedly, this was a little better, although it would have been nice to see Eggs Benedict on the menu.

Issue 4 - Maintenance. On the face of it, the rooms are well appointed and spacious. Even the iPad in the room is a nice touch. But I noticed that several elements in the room don't work. The reading lights worked on only one side of the bed; the curtains are electrically closed, but it worked with all but one (which I could not move) and then had to sleep with open curtains. My room safe never worked once. I reported the light in the shaving mirror as not working. The bulb was replaced two days later, but this did not help as a wire connection in the mirror was faulty.

Issue 5 - Every day, the cleaners made the room, but did not complete the job. On the first day, the cleaner decided to take my personal face towel that I carry with me on long flights. This disappeared without a trace. But I had other instances where the cleaners left empty shampoo bottles in my room. The Nespresso machine in the room is nice, but I had a few situations where the cleaners just left a new milk on my bedside table without putting it in the fridge.

I expected a lot more from this hotel given the price, and its status as an Intercontinental Hotel. It's way under par, unfortunately.

Thanks for staying, we're glad to have hosted an IHG Rewards Club Ambassador. I'm glad you find our location convenient for your needs! On the downside, I'm concerned we missed to acknowledge your status at check-in and offer the Welcome Amenity. I'm also sorry for the letdown caused by our internet connection, the condition of the in-room amenities, and for Housekeeping missing to thoroughly service your room. The situations you described are certainly not ideal and be assured that I shared your feedback with the management so similar instances so we may work on these areas.

Your candor is appreciated and I hope you give us a chance to turn things around when you're back in Melbourne.

Report response as inappropriateThank you. We appreciate your input.
This response is the subjective opinion of the management representative and not of TripAdvisor LLC.
Dencal1945
Melbourne, Australia
891399
Reviewed May 28, 2019
NOT QUITE 5 STAR

After looking forward to our two night stay at this hotel we were a bit disappointed when we arrived.
Yes, the service was wonderful, the exterior architecture great, but the room (328) upgraded to King Executive was a let down. For a five star hotel the room was not unlike any other four star hotel room in the world. It was not overly large and seemingly quite dated.

It was also a very dark room with little or no natural light so we needed to keep the lights on when in occupation.

The bathroom was adequate but certainly not large. The door stop was broken and loose on the floor, and a portion of the bath grout in the shower was missing.

On arrival we were presented with a welcome basket (Luxury Escapes inclusion) of a bottle of red wine (not bad) and two apples. The green apple was heavily bruised and this was quite visible (this apple remained in the room for the entire time we were there)

As mentioned service was excellent from all fronts. Friendly and efficient.

Breakfast at the hotel was excellent. Buffet style but providing cold and hot menu

While a very good hotel we were still disappointed.

Room tip: all rooms seem to face into the atrium with none to my knowledfge having diect daylight
Ask Dencal1945 about InterContinental Melbourne The Rialto
1  Thank Dencal1945

This review is the subjective opinion of a Tripadvisor member and not of TripAdvisor LLC.
docdui
Dubai, United Arab Emirates
5118
Reviewed May 20, 2019 via mobile
Decent but not the best

First the positives. Heritage building which looks great from the outside. Decent location in close walking distance to the river and Southbank cafes and restaurants. Courteous service.

Negatives. Relative lack of recognition for Ambassador. Room sizes are below par and the maintenance is not the best - the hotel has a tired feel from inside.

I will probably try a different hotel next time I’m in town.

This review is the subjective opinion of a Tripadvisor member and not of TripAdvisor LLC.
Cjaime11
Sydney, Australia
52
Reviewed May 16, 2019
Once again an Outstanding Stay

This was our third stay at The Intercontinental.
My daughters and I stay four outstanding nights. Our room was in one of most tranquil floors and that I had experience. The beds are super confortlable. Our room was servece promptly every time.
We had a truly warm welcome from Mr Narayanamurthi and his team at the Club Lounge. We enjoyed the new delicious menu for breakfast and as well the afternoon tea, light and deliquet dessert.
The new evening cocktails are designed to complement the entire Stay at the Club Lounge.

It's a great feeling to keep coming back and see how much the team in the Club Lounge looks faward to seeing you to welcome you back.

Thank you once again to dedicated team at the Club Lounge and the rest of the team at The Intercontinental that made our stay outstanding.
See you all again this July.

This review is the subjective opinion of a Tripadvisor member and not of TripAdvisor LLC.
TravellingRA97
Scotland, United Kingdom
1652
Reviewed May 14, 2019 via mobile
Lovely hotel with attentive staff

Stayed at this hotel for 3 nights as part of a holiday in a twin bedded room. (Two double beds)

Warm welcome at check in and welcomed as an IHG Rewards Member and given my welcome amenity!

I was surprised that my room faced inwards, towards to overall lobby/bar area as this isn’t advertised on the website. I do prefer a room where I can get natural light, or open the window for air. Also felt strange as the windows faced into a public space, but of course there was blackout blinds for privacy.

The bar area was nice, quite quiet but I guess this is the same as a lot of Intercontinental Hotels.