Anchorage 5 - exactly what we wanted! - The Anchorage on Hamilton Island

“Anchorage 5 - exactly what we wanted!”
UFNkXzFfaTNM
other traveler has booked this property

Review of The Anchorage on Hamilton Island 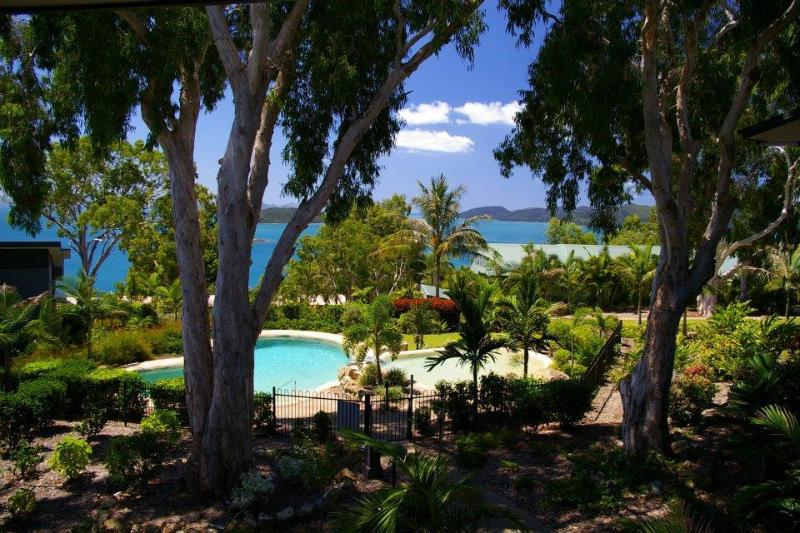 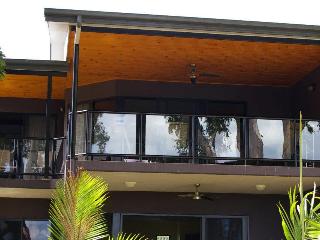 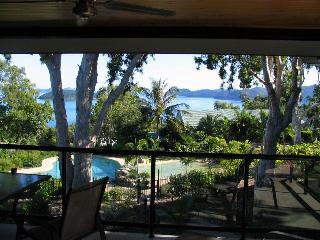 Very good - based on 12 reviews
Write a Review

Stayed at Anchorage 5 on Hamilton Island. It was perfect, reasonable value for money, clean and spacious, easy and fun using the buggy to get around the island. All in all a perfect holiday for two couples wanting to relax. And... local pricing not too bad, we actually saved on what we expected to spend because the verandah and barbecue made it very enjoyable to eat in.

We would return to that accommodation as the unit overall was good and the management service was excellent. We really liked the layout of the unit and the view from the balcony was lovely with a variety of outdoor furniture. The only negatives were the towels on arrival were poor quality (threadbare/stained) but management replaced them immediately. The ceiling fans were a little noisy, old, and the balcony fan was broken. However, the unit was tidy, clean and airy with views from the spa, bedroom and living room.

Date of stay: October 2016
Liked best: Location, views, openness of unit, layout of unit
Liked least: Did not have traditional stove. Towels were poor quality.
Traveling group: Spouse/Partner
Would you recommend this hotel to a friend?   Yes.
Recommended for:
Was this review helpful? Yes
This review is the subjective opinion of a TripAdvisor member and not of TripAdvisor LLC.
Thanks for your response Andrea, we have just changed caretakers and I'm pleased they responded to you promptly with the linen and thanks
for your other comments which we will take on board.

Regards Maureen
This response is the subjective opinion of the management representative and not of TripAdvisor LLC.
Problem with this review? Thank you. We appreciate your input.

The place was a nightmare. Mould on all internal doors, pillows, pillowcases and couches. Comments in 2012 that it needed replacing then. Stainless steel carving knives all rusty. Poorly equipped kitchen. TV reception was non-existent or limited. No Foxtel. Ceiling fans too noisy to use. One air conditioner not working for the entire week

Date of stay: July 2016
Traveling group: Spouse/Partner
Would you recommend this hotel to a friend?   No.
Was this review helpful? Yes
This review is the subjective opinion of a TripAdvisor member and not of TripAdvisor LLC.
Problem with this review? Thank you. We appreciate your input.

5 helpful votes
“Cheaper than others but dirty and bad service”
Reviewed June 7, 2016 for a stay in June 2016
2
people found this review helpful

Me and my partner have stayed in The Anchorage appt no. 10 the first week of June 2016. When we got in, we haven't really spent much time in the apartment and went out to explore the island right away. All the worse was our surprise when we then came back around 10pm and discovered that the bathroom and toilet floor was littered with human (possibly pubic) hair, the drain in the shower was dirty and the bed linen stank like a sweaty male has slept in it for months on end. Particularly the blanket on top of the flat sheet must not have been washed in ages. It was quite late in the evening and we couldn't reach anyone, so first thing in the morning I called the guy, whose contact details we were given upon arrival. I explained the situation and he didn't even say sorry. He promised someone would be there shortly to change the bed sheets. When we returned to the apartment around 5pm, the bed was untouched and no one has been to change the sheets. I have called again and we were told Tom himself (the guy who's number we had) would be there shortly to change the linen. More than an hour passed since the call and then we went to dinner, which we had booked. Half an hour later, Tom called that he couldn't change the bed because no one was in the apartment and so he couldn't get in... He did not say to us that we had to be there and so we obviously assumed, that he has got a spare key. We actually had to return so that we didn't have to sleep in a stinky bed again. When Tom turned up, he had to go back 3 times to wherever they keep the clean linen, as he kept forgetting the blanket or took a wrong size of sheets... Eventually, the bed was changed and Tom went on his way. Without saying sorry!
The sofa in the apartment stank too and everything was just rather yuck, including towels and surfaces. Needless to say, we will not be staying again!

Date of stay: June 2016
Traveling group: Spouse/Partner
Would you recommend this hotel to a friend?   No.
Was this review helpful? Yes
This review is the subjective opinion of a TripAdvisor member and not of TripAdvisor LLC.
Problem with this review? Thank you. We appreciate your input.

Location works well, especially with buggy provided. Without it you'd be a bit stranded. Apartment is obviously set up for family use ( high chair etc ), but owner's locked cupboard takes away almost all pantry space, so not good if you intend doing a lot of cooking. Coles online order worked ok, but need to order 2 weeks out to get your preferred slot. Our frozens arrived, well, only partly frozen, so be cautious with any order for these.
Apartment is spacious, but the many sliding doors could do with servicing. Lounge was fairly old & tired, but apart from that all presented well. Free to air channels on TV worked fine, but no in-house DVD's, games or entertainment of any kind, so bring your own. Only food iterms on hand were some oil, and salt & pepper - everything else you'd need to bring/get. Local supermarket on front street is well stocked but expect to pay at least double mainland prices.

Date of stay: May 2016
Liked best: Buggy for access to all that the island offers
Liked least: Very average pots,pans, utensils & pantry space
Traveling group: Spouse/Partner
Would you recommend this hotel to a friend?   Yes.
Was this review helpful? Yes
This review is the subjective opinion of a TripAdvisor member and not of TripAdvisor LLC.
Problem with this review? Thank you. We appreciate your input.

We stayed five nights in Anchorage 4 which is on a top of a hill in hamilton Island
Apartment is big and fully furnished with everything we needed. There is balcony with lovely view and we ate breakfast there every morning
We have being picked up from airport and we a buggy for these five days which made very convinient to go around.
There is no wifi in apartment but we had our own Internet.

Date of stay: March 2016
Traveling group: Spouse/Partner
Would you recommend this hotel to a friend?   Yes.
Recommended for:
Was this review helpful? Yes
This review is the subjective opinion of a TripAdvisor member and not of TripAdvisor LLC.
Problem with this review? Thank you. We appreciate your input.

Staying at Anchorage #4 was a great experience.
The reasonably priced self-contained unit offered more than the costly hotels in the area.
The unit itself had one main bedroom, and three couches that you could fold out into beds. Realistically, it could sleep 4-8 people. You had amazing views from the balcony, with a small BBQ and an outdoor dinning area. Upon arrival, our Coles order - organised online a week prior was on our doorstep and a buggy was made available for the duration of our stay. The unit is conveniently located and is within close proximity to the shops, the beach and scenic views. If you do happen to stay here during bad weather which was unfortunately the case when we arrived, take with you a portable hard drive with movies on it as there is a USB connection on the side of the TV. Planning to visit again and stay at Anchorage.

Date of stay: March 2016
Liked best: Having access to a buggy
Liked least: Sticky floors when the air conditioner wasn't turned on.
Traveling group: Spouse/Partner
Your age range 18-24
Would you recommend this hotel to a friend?   Yes.
Recommended for:
Was this review helpful? Yes
This review is the subjective opinion of a TripAdvisor member and not of TripAdvisor LLC.
Problem with this review? Thank you. We appreciate your input.
Previous Next
1 2 3
Updating list...
Do you own a vacation rental? List it here.

Looking for a place to stay in Hamilton Island?
View all 62 vacation rentals