Honestly, it is absolutely disgusting and degrading.

Feels like you are in prison. We stayed here for NYE 2009 because all the other hotels were booked out. What a dump. Mirror in room cracked. Fan was nailed to the roof, and hard to reach (on purpose, to save electricity?). Showers leaked and there was little hot water. Someone peed all over the men's toilets, and a creepy janitor kept coming into all the stalls supposedly looking for his imaginary friend. People everywhere staring at you as you eat/shower/do anything. No power outlets in the rooms, only in the halls, so you're fighting with about four other rooms for that one electrical socket in the hallway to recharge your phone, laptop and camera if you have one. Coffee machine was broken. "Discount" buffet tickets have FINE PRINT that state you have to buy rather expensive drinks to get the cheap local buffets. There's two kitchens that are always full of people preparing their food so you can never cook anything except at around 2am. Pool tables are always taken. Video room is always packed with no space left. Checkout time was 10am, but you end up standing in line for 30 mins to checkout, so you better leave your room at 9:30am just to be sure you get your $20 key deposit back. Absolute crap, how do they stay in business? A colourful, misleading website does wonders, obviously.More 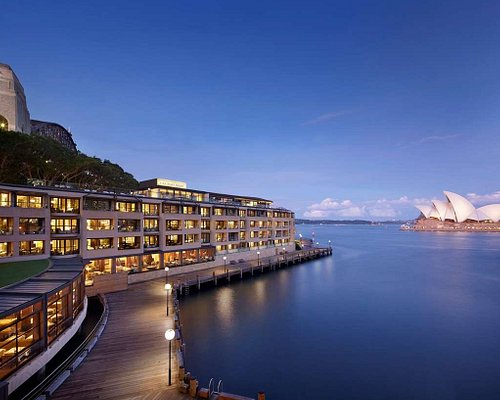 this is one of the worst hostel that i ever visited. the bed was broken .even with my repeated request they did not change the bed. i had to sleep in the broken bed for three days. there was no electrical plugs in the room. hostel world should be careful enough to be the mentor of such hostels.

This review is the subjective opinion of a Tripadvisor member and not of TripAdvisor LLC.
Vicki W
Sandbach, United Kingdom
21
Reviewed December 21, 2009
Vile - steer clear

Dirty, smelly, damp and disgusting. Only stayed here as had already paid on the internet before arrival and the were no vacancies at other hostels.

This review is the subjective opinion of a Tripadvisor member and not of TripAdvisor LLC.
Dipshamps
London
93
Reviewed November 30, 2009
Disgusting. Had to get totally hammered to stay in the room (cell).

Never again.
Am on a 5 month trip, some call it flashpacking, i prefer to think of it as 'depends on my mood packing'. Granted, I have stayed in hotels mainly since leaving in October but i have had several occasions where i went for the cheap option, particularly when i have wanted to meet new people. Cairns not bad, Melbourne, okay, Airlie - excellent.
This was a crisis situation though. Had left it too late to re-book an apartment or hotel for the saturday and sydney on saturdays is hell - you cant get a room unless you go four seasons for $1k a night, and thats taking the pi**.
So, one night, whatever, no big deal. Booked the only hostel left. $55. Should have reaslised then that it wasn;t going to be to my liking. I am no snob, far from it, but this room was the most grimey thing i have seen while away. Not a room, a cell. THE SMELL?? Dont ask, makes me gag. Thats probably what it was actually, thinking about it.
So, open the window and stop being so soft i thought... the window opened to the alleyway of hell where all the rats came to eat the leftover food from the restaurants next door. Flies? thousands of em.
So, dumped my stuff an went to the pub downstairs (ish) which is the 'hostel bar'. Actually quite nice - heineken was cold and plentyful anyway. So, few more bars and a casino visit later (yep, lost money) I ended up back at the bar for final drinks at 2am.
Thank god i had enough - fell asleep without shower under my silk cover thing which i hadn;t unpacked until now and didn't notice smells or anything else for that matter until i awoke at 7am. Promptly checked out (no, didn;t shower - i am not mental!) and left my bag in the secure room. Secure my foot. It was a downstairs toilet (I DONT LIE) where i had access to everyones stuff. COCKROACHES on the floor.
It sounds like a joke, its not. Dont stay there until they total fumigate.
Anyone who enjoys it - good luck to you, I guess mine was a case of bad room.

This review is the subjective opinion of a Tripadvisor member and not of TripAdvisor LLC.
jo908jo
Scotland
124
Reviewed November 21, 2009
not great if you are looking to stay for a long time.

We stayed here for a few nights which was fine but the room we had was just big enough for a bed and a door to get in the room. It doesnt have any sockets in the rooms so you have to trust the reception staff to charge your phone for you etc. It is a great location and quite cheap but the window in our room didnt shut properly so you hardly got any sleep with the noise from the street. There was only 4 showers for a whole floor of people and whilst i was in the shower a cockroach landed on me which i was not too happy about, needless to say i didnt use the shower there again. Its ok if you just want somewhere for a couple of nights in the town as location is great!

This review is the subjective opinion of a Tripadvisor member and not of TripAdvisor LLC.
dreamgirl10
London
1
Reviewed November 1, 2009
A good place to stay if you are on a budget

Maze Backpackers was ideal- a very cheap, no frills hostel in the centre of the city. I stayed for 7 nights in a triple room with two friends and considering we were only paying about £8 each a night I think the place was great. I was a bit worried after reading the reviews on here but I can honestly say the place was clean (no cockroaches), friendly and is the ideal place to have as a "base" while you are enjoying sydney and its nightlife.

This review is the subjective opinion of a Tripadvisor member and not of TripAdvisor LLC.
View more reviews
PreviousNext
1…115116117…