The owners Richard and Ged are very friendly and accommodating. We visited to test drive our new tent and it was the perfect spot.
If you like a nice, simple quiet campsite then this is the place for you! Facilities are clean. There is a nice play area for the kids, a small shop with just your basics and a cafe/ restaurant.
We stayed on pitch 31 which is perfect if you have young ones as you are close to the toilets and the park but not too close that it will spoil your visit.
The only downside was the wind but that can't be helped.

Room tip: Go for the most sheltered pitch you can find as its very windy, but your ontop of a cliff so what do you expect.
Trip type: Traveled with family
See all 106 reviews
Nearby Hotels 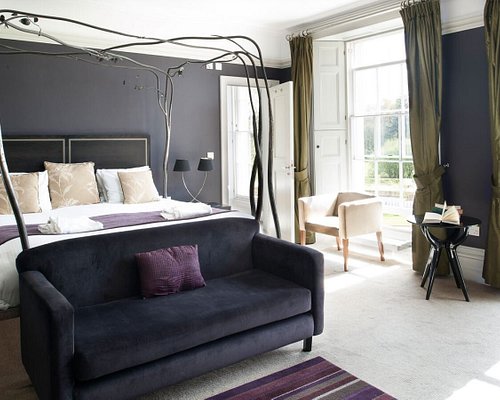 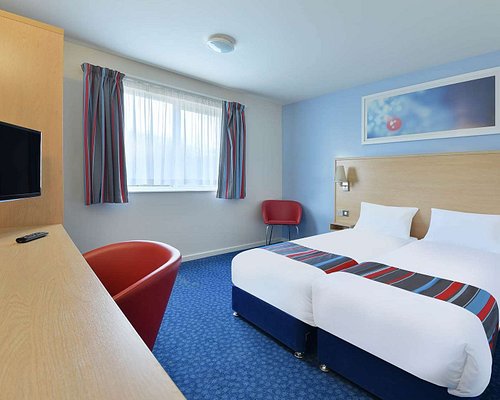 Absolutely amazing little campsite, we as a group had the best time amd was made to feel so welcome. Showers/toilets were clean. Shop had all the essentials and takeaway food on site was lovely.
It’s perfect for young children to have a little freedom and be safe. There was was no noise after it start to get dark and definitely silent by the 11pm curfew. Which meant the children had good nights sleep.
Lovely walks down to the local beaches, we all fell in love with Gorran Haven!

This review is the subjective opinion of a TripAdvisor member and not of TripAdvisor LLC.
jasonwO5599JN
1
Reviewed August 15, 2020 via mobile
Not for us.

Friendly and efficient check in, however, we were allocated an electric pitch next to the chemical toilet disposal point and showers (36). We asked to be moved but nothing was available until the following day.

We were going to stay and move the following day but noticed a line of tents full of families excessively drinking, shouting and general anti social behaviour.

Showers were ok but not the cleanest with dirty floors and other people’s underwear, shower gel and soap left in the cubicles.

We had booked for 3 nights but only stayed for 1. Not the type of holiday we were looking for.

This review is the subjective opinion of a TripAdvisor member and not of TripAdvisor LLC.
oliviateaches
London
2
Reviewed August 3, 2020
Fantastic campsite with stunning views

An absolutely gorgeous campsite, that I couldn't fault at all. We booked this as a family of 3 couples and a baby for a post-lockdown break in place of the trip abroad we had planned. We had been so looking forward to the trip and the campsite did not disappoint. Even though we technically had a 'partial sea view' pitch, the views everywhere on the campsite are just beautiful. The pitches were generous and well kept. Every single member of staff we spoke to whether working in the shop, cleaning bathrooms or mowing pitches were so polite, professional and friendly. All elements of the campsite had been managed to ensure they were in line with government guidelines and we all felt very safe and confident. The facilities were cleaned regularly and were all managed very well. Showers cost 50p for 4 minutes with pre-paid tokens. We found this to be more than long enough. Great water pressure, lovely hot water, no problems at all. The shop/cafe on site sold milk, wood for fires, beers etc which meant less nipping out to the shops. We also had a cafe 'takeaway' on our pitch one night which was great value and really delicious. The very best thing about this campsite is the location; walkable to many beaches, though we especially loved the walk to Gorran Haven which only took around 15 minutes. You can also walk directly from the campsite to a number of coastal walking paths which we also really enjoyed. I don't know what more you could ask from a campsite, very highly recommend.

(It is a real shame to see people leaving negative reviews based purely on other campers, which seems hugely unfair on those who run this excellent campsite. All other campers we met whilst there were hugely respectful, lots of families taking much needed breaks in the sunshine).

This review is the subjective opinion of a TripAdvisor member and not of TripAdvisor LLC.
J259UAsama
2
Reviewed July 12, 2020
Great first week since Covid

We had an awesome week camping super friendly welcome all the expected rules that come with Covid however they really have dealt it with brilliantly! Only frustration was other campers thinking it was alright to just constantly waltz through our pitch at all hours of the day to get water from the our designated pitch tap frequently waking up our 9 month old! Will most definitely rebook but just ask for a different pitch next time! It really was a great week! Thanks!

This review is the subjective opinion of a TripAdvisor member and not of TripAdvisor LLC.
Binoculars1944
13
Reviewed June 11, 2020
Camping ruined by teenagers

The trip to treveague started beautifully. Me and my wife enjoyed the road trip, and were greeted by a lovely lady who said she was very helpful in allocating us a spot at the bottom of a hill, away from the rest of the campers. I couldn't wait to use my binoculars for some sight seeing.

However, the holiday took a turn for the worse, when we were setting up our 104 person tent next to our caravan and noticed 4 small tents close together at the top of the hill, and a boy who looked around the age of 15 putting on an unnesecarily baggy grey tracksuit. At this point I knew the remainder of the duration of the trip would be a nightmare. Shortly after, a young man with a ridiculous pony tail who's body resembled that of a giraffe, and a red Indian walked out of the tent with a hip flask.

There were no antics on the first night, but when I peeped through my binoculars for a closer inspection at what was going on, they seemed to be shirtless, and circumducting their arms as if they were windmills.

The second day relived a bit if stress, as they were absent for most of the sunlit hours. It was the night however when they turned into a group of savage ravers, drinking large amounts of alcohol and playing loud music. Through my binoculars once again, I scoped another strange event take place, maybe similar to the previous nights ritual, where the giraffe pony boy had a flashing light on his head, and carried the tracksuit thug on his back, going in the some sort of rythmic spasm. They then made there way about 50 yards down the way to a more bushy area, which was slightly less quiet, but they were now tryna to harmonise their own vocalistic styles into pre existing compositions, which I must say I did not appreciate. My wife did not sleep well and was in a stinking mood in the morning.

The third day was just as much of a downhill spiral as the last night. Literally. thuggish screams of the word geezer whilst wrestling one another on the floor down the hill,edging closer and closer to the 104-person tent seemingly in an
attempt to reach some sort of goal with a flat volleyball resulted in the ball striking the back side of our beloved caravan. We were both inside the caravan at this moment in time, and heard the terrifying noise the moment it happened. I was obviously beyond terrified, so my wife bravely stepped out and confronted the giraffe pony boy, warning that if they were to ever kick their ball against our caravan again, then there would be absolutely no consequences. This game continued although they seemed to be in great pain, and I stayed inside until I thought it was safe.

Day 4 the primitive sport continued, but again they seemed to have vacated their tents, after a brief period of intentionally agitating the bull in the field next to them, which gave me time to use my binoculars a bit more.

Day 5 was pure bliss, as they had left for the day, and took their tents at night, giving me and my wife some quality time to drink tea and look at the clouds together

I have recently started seeing a therapist and have discussed the
after effects of the visit, concluding that I have post traumatic stress disorder. I still hear echoes of DJ Luck and MC Neat in my sleep, and drum and bass every time I go over a speed bump.

Treveague farm should really do more in the future to monitor the allowance of such people in their campsite, although the days without them were 5* and the services offered such as 50 pence showers and free wi-fi in the café were greatly appreciated.

This review is the subjective opinion of a TripAdvisor member and not of TripAdvisor LLC.
View more reviews
PreviousNext
123…