Decent but room for improvement given... - Capel Jerusalem 5* holiday home with sauna.

“Wonderful Capel Jerusalem”
SWE5XzVfNmN2
other travelers have booked this property 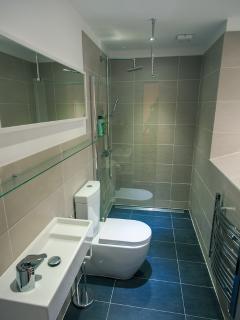 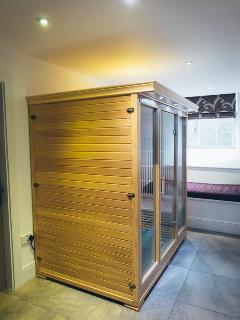 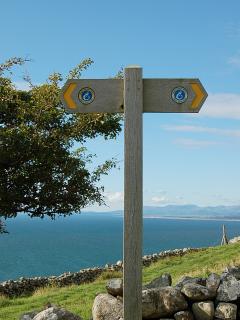 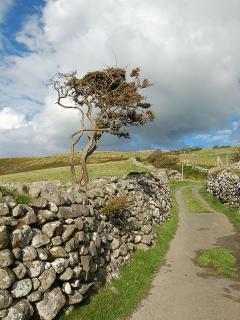 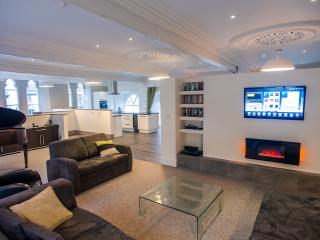 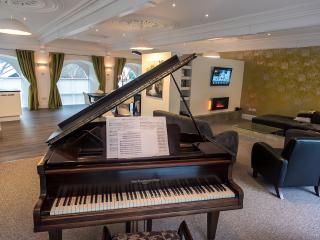 Very good - based on 17 reviews
Write a Review

11 helpful votes
“Decent but room for improvement given the rate charged”
Reviewed August 15, 2014 for a stay in July 2014
2
people found this review helpful

We recently stayed at the Vestry and would rate this accommodation as decent. We were grateful for the welcome basket and flowers and it was thoughtful to leave a bottle of milk in the fridge. However, given that it is advertised as a five star property, it was a bit of a let down in the following aspects:
1. There was no handwash in any of the two bathrooms on the first floor as well as in the downstairs cloakroom. Young children (or even adults for that matter) would not think of checking the hygiene facilities before using the toilet. When we go on holiday, we don't necessarily pack handwash as part of our toiletries.
2. There were no bin bags at the property and so rubbish disposal was certainly an issue for us. Again we don't travel with bin bags on holiday.
3. The Wii did not work. When shops are more than a couple of miles away, it is not so easy to get replacement bateries for the consoles. As a result, we had to cope with three very disappointed kids.
4. Although we paid for the whole house, the bed in one of the rooms was not made up (no sheets, no covers). It was almost rude to assume that we would not be using it.
5. We booked via Lounge Holidays and their terms and conditions state that the deposit that guests pay are returnable within 14 days. As soon as we checked out of the property, we were sent a text from the owners thanking us for leaving the house so clean. Yet, our deposit was not returned until more than a week later and that too I had to write twice to Lounge Holidays. They are so vague with regards to their policy of 14 days. We have rented multiple holiday places over the years and the maximum length of time it has taken to get damage deposits back is five days. This 14 days policy is unacceptable.
6. For a five star property, I would expect everyhting to work faultlessly. However, there were too many glitches, for instance the microwave was not operable easily, the vacuum cleaner had a broken suction part and kept coming off, the downsatirs part of the house was unbearably hot and there was no fan and no windows in the sitting room and kitchen, the cable had to be changed eveytime one wanted to watch a DVD.

Date of stay: July 2014
Liked best: Nice and modern interior
Liked least: lack of obvious things such as handwash, bin bags; house was advertised as pet free and yet we found lots of hair/fur on the floor.
Traveling group: Young Children
Would you recommend this hotel to a friend?   Yes.
Recommended for:
Was this review helpful? Yes
This review is the subjective opinion of a TripAdvisor member and not of TripAdvisor LLC.
We are very disappointed that these guests didn't enjoy a 5 star experience and we are surprised by some of the comments, particularly as they took the trouble to note that the house was 'very clean’ in the visitors book. The bin bags were a genuine oversight and for that we apologies. No other guests have had problems with the kitchen equipment and again this wasn't mentioned in the visitors book or maintenance book. There Is a fan in the house and it can easily be moved between floors. They stayed at the Vestry in the scorching heat of July but this wasn't a problem for anyone else. There are ceiling fans in the bedrooms and there are large windows on the ground floor which can be opened for plenty of ventilation. One of the beds was not made up because it had been agreed in advance that they wouldn't be using all of the beds (when they were negotiating a discount). We also thought that it would be better for them to not have the bedding in the way - as the cot was in that room & it meant that they could use the bed for changing, dressing baby etc. We really did everything we could for these guests (including agreeing to an 11am check out - despite having to pay cleaning staff from 10am) but sadly, despite our best efforts, it would appear that you can't please all of the people all of the time.
This response is the subjective opinion of the management representative and not of TripAdvisor LLC.
Problem with this review? Thank you. We appreciate your input.

14 helpful votes
Reviewed July 31, 2014 for a stay in June 2014
3
people found this review helpful
Date of stay: June 2014
Liked best: The property was really special, the whole place is brilliant
Liked least: Could not open any windows
Traveling group: Extended Family
Would you recommend this hotel to a friend?   Yes.
Recommended for:
Was this review helpful? Yes
This review is the subjective opinion of an individual traveler and not of TripAdvisor LLC nor of its partners.
Problem with this review? Thank you. We appreciate your input.

We stayed for my sisters 70th birthday and we were truly delighted with our choice. Everything was made easy and the quality of the conversion is 5 star. We loved the open plan living and it is especially great for special party occasions . Bedrooms are well equipped and very comfy beds bathrooms very good. There were 10 of us there and everyone felt spoilt and at home. A perfect place to stay for a group of family and friends. Highly recommend.

Date of stay: June 2014
Liked best: Everything
Liked least: Could not open any windows
Traveling group: Extended Family
Your age range 50-64
Would you recommend this hotel to a friend?   Yes.
Recommended for:
Was this review helpful? Yes
This review is the subjective opinion of a TripAdvisor member and not of TripAdvisor LLC.
Problem with this review? Thank you. We appreciate your input.

2 helpful votes
“Book it now if you get the chance because you'll not forget this very special place and you'll be coming back for sure!”
Reviewed June 15, 2014 for a stay in June 2014
2
people found this review helpful

Expertly converted to a truely 5 Star level. Modern but in keeping with history and the lovely village as a whole.
Martin and Sue have done an amazing job and are wonderful hosts.
I have never stayed in a more beautiful and relaxing place.
I can't recommend it highly enough.

Date of stay: June 2014
Would you recommend this hotel to a friend?   Yes.
Was this review helpful? Yes
This review is the subjective opinion of a TripAdvisor member and not of TripAdvisor LLC.
Problem with this review? Thank you. We appreciate your input.

8 helpful votes
“Stunning property, perfect for a big group”
Reviewed May 28, 2014 for a stay in May 2014
3
people found this review helpful

Gorgeous property which has been fitted to an extremely high standard! The living space in the chapel is a really social space with a great feel. We had some gorgeous dinners all sat around the table and danced until the early hours - some seriously bad piano playing and silly games.

The property is about an hour from Snowdon which the group climbed and came back. Just down the road from the property is a river and grassy area where we all had a picnic and played rounders. There are loads of walks around the place too - up passed the community centre you get into a gorgeous woodland walk following the stream with lots of waterfalls. We decided it would be a good idea to all jump in the lagoon below a waterfall fully clothed - NB in May this is COLD!!! But good fun to swim.

The owners clearly love the property and we had a few bottles of wine and cake on arrival which was a nice touch. Lounge lettings were incredibly helpful agents throughout the booking process.

We had dinner in the railway inn - which is a stone's throw from the property and would recommend for some pub grub and cheap beer. The locals all knew who we were as the barmaid lived opposite and the property is cleaned by the wife of one of the regulars! it is a very friendly village.

All in all - a great property. We are all still talking about what a fantastic weekend it was.

Date of stay: May 2014
Traveling group: Friends
Would you recommend this hotel to a friend?   Yes.
Was this review helpful? Yes
This review is the subjective opinion of a TripAdvisor member and not of TripAdvisor LLC.
Problem with this review? Thank you. We appreciate your input.
Previous Next
1 2 3
Updating list...
Do you own a vacation rental? List it here.

Looking for a place to stay in Abergynolwyn?
View all 14 vacation rentals