Nothing but good words about Peace and Plenty. Had an amazing experience at this lovely hotel. From the staff, food, room and location. I would definitely go back. I would recommend this place to our family and friends. More

We are very happy to read you have nothing but good things to say about our Hotel. It was a pleasure to welcome you and we look forward to the next time you want to come back to Paradise!!

Report response as inappropriateThank you. We appreciate your input.
This response is the subjective opinion of the management representative and not of TripAdvisor LLC.
See all 297 reviews
Nearby Hotels 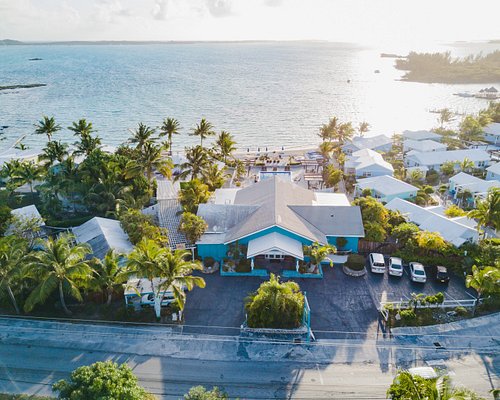 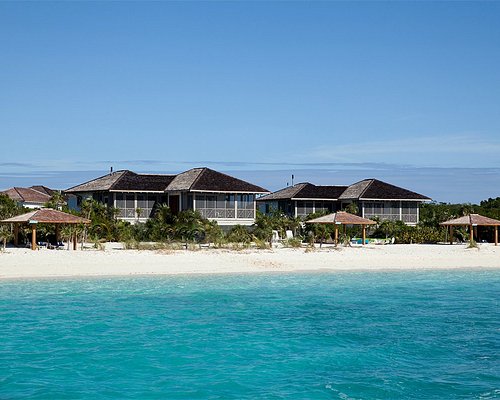 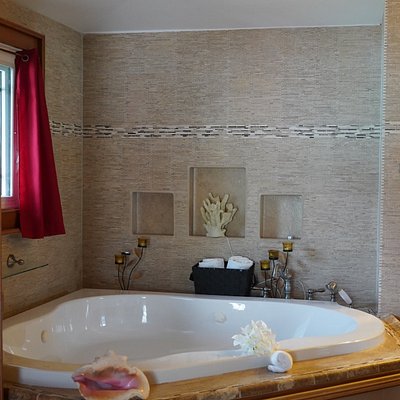 I loved everything about this property. The location, our room, the staff, the food and the cleanliness. I will definitely be back! We only stayed two nights. Next time I will plan on staying at least four.

Review collected in partnership with this hotel
This business uses tools provided by Tripadvisor (or one of its official Review Collection Partners) to encourage and collect guest reviews, including this one.
Ask Kditirro about Peace & Plenty Resort
1  Thank Kditirro

Thank you so much for sharing your review!! Yes, next time please stay longer, maybe stay for five nights! We can't wait to show you another fantastic stay.

Report response as inappropriateThank you. We appreciate your input.
This response is the subjective opinion of the management representative and not of TripAdvisor LLC.
walliebm
Boston, Massachusetts
32
Reviewed July 31, 2019
Okay stay...but please be careful of car rental service!!

Some good, some bad. We loved the beach club and had some absolutely delicious burgers and pina coladas there! Staff at the beach club were upbeat and really fun. There were lots of laughing and dancing, it was a blast and the beach is gorgeous! Good location, central in Georgetown. The rooms were clean and the AC worked great (two very important things!). However, no phone in the room to call the front desk was a bit peculiar, but not the end of the world. Staff at the main hotel were hit or miss, some were really nice and outgoing and remembered your name (Misty), and some were polite enough to pass but had a bit of a standoffish attitude. As Exuma is a small island, it is understandable that a lot of menu items at the restaurant are not always available, however it was a little frustrating at times. We paid for breakfast combos that were supposed to include juice but never got juice at either day we ate breakfast. Many dinner items were unavailable as well. We opted to eat in town as much as possible which led us to try a lot of good local dishes. Unfortunately, we had an issue with the car rental service they are connected with, "Affordable Car Rental." I could not find proof of this company online, and the interaction with them ruined the end of our trip. We rented a car, put down the mandatory $100 deposit, and paid for insurance for the days we had the vehicle. We came out of the beach to find the car in the parking lot had a busted tail light. No note left behind, no idea what happened. As tourists, we had no way to call police to report this (no wifi or data at tropic of cancer) and we decided to drive back to the hotel to seek assistance. We sent the rental company pictures of the car at the scene, and the damage. They told us they would come down that evening to talk to us about the damage and what we need to pay them. 3 hrs later they finally showed up, quickly eye balled the damage and told us it was going to cost $430 and WE had to pay them on the spot because we didn't call the police when we first found the damage so for all they know "the damage was our fault." We ended up paying them $200 for the damage and they talked us down from calling the police. We just paid to get them to leave (they were shady, honestly), and end the whole ordeal. In hindsight, we probably should have gotten the police involved. The P&P manager was notified who is working on dealing with this issue with the rental company, though he says he cannot promise much. If you stay at P&P, please be wary of their rental car assistance. Book elsewhere!! This totally ruined our last night and makes us not want to return!

We do apologize that this affected the end of your trip in such a negative way. After you left, we tried multiple times to help you get your money back and they have not budged. As you know Exuma is a small island and especially with car rental companies, we have very little choice in who to send our guests with. We are also a bit disappointed that you chose to write a review on our hotel highlighting this rental issue. We felt that we did everything we could to assist you with the issue but, at the end of the day understand that it’s your choice.

Perhaps, the review would be better addressed directly to the owner of the company rather than on our TA page as we mentioned to you via email.

We wish you good luck and happy travels going forward!

Report response as inappropriateThank you. We appreciate your input.
This response is the subjective opinion of the management representative and not of TripAdvisor LLC.
mlane2019
1
Reviewed July 30, 2019
A+ for Peace & Plenty

Everyone was extremely friendly and helpful. The location is perfect and the property is so quaint and lovely. Just right for a 4-night stay. We certainly hope we get the opportunity to return very soon.

Review collected in partnership with this hotel
This business uses tools provided by Tripadvisor (or one of its official Review Collection Partners) to encourage and collect guest reviews, including this one.
Ask mlane2019 about Peace & Plenty Resort
Thank mlane2019

Thank you so much for choosing to stay with us at Peace & Plenty!! We are thrilled that we were able to give you a lovely stay! We are sure we will be seeing you again sometime very soon.

Report response as inappropriateThank you. We appreciate your input.
This response is the subjective opinion of the management representative and not of TripAdvisor LLC.
Montana8500
Winchester, Tennessee
10530
Reviewed July 29, 2019 via mobile
Lack customer service

Our group of 10 girlfriends were excited to stay a night at P&P except our plane had mechanical issues and was delayed and caused us to miss our connection in Atlanta. Apparently Delta only has one flight a day to Georgetown. We only had reservation for one night, and we did have 5 rooms reserved. I immediately called P&P around 9 am when I knew there was no chance of us arriving that day. Our group was devastated we were losing a day of our five day vacation. I explained the situation in hopes of some type of credit or partial refund. I knew they wouldn’t have time to resale the room and I was understanding of that. What I didn’t expect was the response I received. I was put on hold for a very long time then the person came back on the line and said “No you can not receive a refund”. And my next question was “Is it possible to get a credit?” Her response before she hung up on me was “You should have purchased travel insurance.” This was not the response nor tone I expected. I waited a few days then sent an email inquiring about a possible credit etc. I’m still waiting and no response. This hotel is in the middle of the little town of Georgetown. It doesn’t look like much from the outside, but it has had a major renovation and looks great compared to other choices in the area. The location is great to have access to everything. Even though we did not get to stay the night I would be hesitant to expect very much in the way of customer service.

We are sorry to hear that your flight had mechanical issues and that you missed your 1-night stay with us. Unfortunately, as they were only 1-night stays and we were not able to resell the rooms we were not able to refund the reservations or issue any credit. We were only following our policies that you agreed to at the time of your booking. As for the way it may have been handled by the front desk agent, we sincerely apologize and we will be sure to discuss better ways to discuss cancellation and refund policies. We understand that this situation can be frustrating and are sorry it was handled in a negative way. We have recently been in contact with you and have also received a further response and it seems you have accepted our apologies.

I wish you the best in your future travels.
Kind Regards,
Kristen

Report response as inappropriateThank you. We appreciate your input.
This response is the subjective opinion of the management representative and not of TripAdvisor LLC.
Jaye E
112
Reviewed July 27, 2019
Love the Peace & Plenty - Look Forward to Next Year's Stay

My husband and I have stayed at the Peace & Plenty each summer for 12 years. We have always loved the convenient location because we do not need to rent a car. We also enjoy being right on Elizabeth Harbor and across from Stocking Island. The beauty of the Harbor and Stocking Island cannot be matched anywhere. We were extremely pleased with the staff and the Beach Club! The Beach Club is a tremendous addition and made our stay more enjoyable and relaxing.

Review collected in partnership with this hotel
This business uses tools provided by Tripadvisor (or one of its official Review Collection Partners) to encourage and collect guest reviews, including this one.
Ask Jaye E about Peace & Plenty Resort
2  Thank Jaye E

It was a pleasure to receive your review today! Thank you kindly for leaving your comments about our location and beautiful views of Elizabeth Harbour! I am most pleased to hear you enjoyed our Beach Club! We agree that we are thrilled to have this addition. Everyone comes back so happy and relaxed after a day at the Beach Club! We are happy to hear you will return and we look forward to then.

Report response as inappropriateThank you. We appreciate your input.
This response is the subjective opinion of the management representative and not of TripAdvisor LLC.
View more reviews
PreviousNext
1…121314…50