$75
$73
View deal
Hotels.com$74
Priceline$74
Trip.com$75
View all 18 deals
Prices are the average nightly price provided by our partners and may not include all taxes and fees. Taxes and fees that are shown are estimates only. Please see our partners for more details.
Dale S
Halifax Regional Municipality, Nova Scotia
4722

We always stay at this hotel when we are flying out.The front desk is very accommodating for our needs. The rooms were very clean and comfortable and the shuttle service and long term parking are wonderful. The breakfast was free and had lots of choices and there was free internet in the rooms. Overall a great stay.More

Hello Dale S! Thank you for your review. I am very happy to hear that you enjoyed your stay! We look forward to seeing you again.

Report response as inappropriateThank you. We appreciate your input.
This response is the subjective opinion of the management representative and not of TripAdvisor LLC.
See all 580 reviews
Nearby Hotels 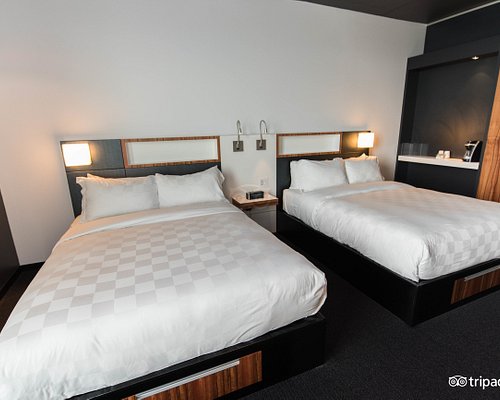 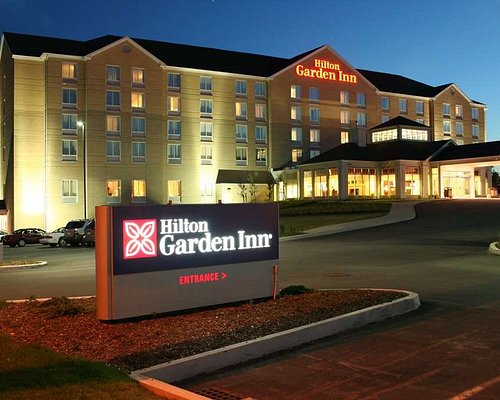 My husband and I stay at this hotel whenever we have an early morning flight or when we land and it is midnight. We have found the front desk clerks to be one of the best anywhere. They are helpful and concerned for your well being. Contrary to what others say we have always found the rooms to be very clean.

There is coffee in your room and the coffee is always on in the front lobby. There you can stand with your coffee and review the flight board to see if your flight is one time. There is always a continental breakfast for free too.

The shuttle service to the airport is very prompt and when picking up from a flight, they are at the airport in minutes.

This hotel is great value considering you can leave your vehicle in their parking lot while you are away for no extra charges. A real bonus!!

We have stayed in hotels all over the world and this is "up there" with the best for value.

Good day Mary-Anne C! Thank you very much for the delightfully kind words. We are very happy to hear that you enjoy your stays with us and sincerely look forward to seeing you again before your next trip.

Report response as inappropriateThank you. We appreciate your input.
This response is the subjective opinion of the management representative and not of TripAdvisor LLC.
baink1
Yarmouth, Canada
3131
Reviewed February 25, 2015
Always a good stay

Whenever we travel and are flying out early we always stay at this hotel. The rooms are nice, comfortable beds, fast in room internet, a computer room where you can print off your boarding passes, a good free breakfast, exercise room, pool and lots of parking. The check in staff is friendly and helpful. On this travel adventure we were away for 5 weeks and in that time Nova Scotia had several snow storms so when we got back and I found my car in the parking lot it was basically buried. This is where the van driver who transports people to and from the hotel to the airport, became the most important hotel employee. I wasn't prepared at all and he supplied a shovel, salt and assistance by helping shovel and push my car. When we weren't making a whole lot of headway, he got another van driver to come and help...another shovel and more salt. He also helped shovel. In the hour and a half that I was there shovelling through ice hardened snow they were making runs to the airport, but as soon as they would finish a run they would come back to help me. With both guys pushing we finally got the car out. One drivers name was Ned...the other guy, I never got his name. And yes I tipped them both. It was after midnight now and the hotel was booked as were the other 3 close by because the weather was bad. The 2 guys working on the desk that night could take a valuable lesson in helpfulness from the 2 van drivers. They could have cared less about the people coming there with their only words being...we are full, there are no rooms. My wife told another older couple that we had finally gotten a room at another hotel towards Halifax. The help of the van drivers far outweighed the non help of the check in guys. They showed the Nova Scotia spirit that you get here...thanks so much to them.

Good day baink1! WOW! Thank you very much for your feedback in regards to our long term and airport shuttle drivers. They are an asset to our team. I have passed along your kind words to them directly. I am happy to hear you enjoyed our hotel. I am sorry to hear you didn't experience ideal service from our front desk and have also passed along your words of concern.

We look forward to seeing you again.
Regards,
Kathy

Report response as inappropriateThank you. We appreciate your input.
This response is the subjective opinion of the management representative and not of TripAdvisor LLC.
k8627
11
Reviewed February 16, 2015 via mobile
Average stay, glad there was parking !

Our stay was January 28th rooms were not clean! My boyfriend had stepped on a half a chocolate bar ( that was there before we were ) it was pretty gross ! Our friends had a room accross the hall and they had the same problem ,clearly not vaccuumed rooms , finger prints on the mirrors and just lazy housekeeping. There was no coffee made in the morning , amd when we asked them to refill the 6 empty pots, the lady just walked away.. Shuttle on the way back from the airport was full when we got back from our trip and ended up paying 20 dollars for a cab ride ( there needed to be more shuttles!! We were tired and definately not waiting in the cold for another! Front desk staff was very polite , but if we didn't get free parking , I wouldn't have been happy paying full price for the room.

Hello k8627. I am very sorry to hear about the experience you had during your stay. We take pride in our guest rooms, service and cleanliness and I am very sad to hear that we missed that during your stay. I hope you are willing to give us another opportunity to show you a better stay.

Report response as inappropriateThank you. We appreciate your input.
This response is the subjective opinion of the management representative and not of TripAdvisor LLC.
Xingbo W
Sydney, Canada
2
Reviewed February 12, 2015
excellent

Overall excellent experience. Will recommend to friends/family for sure. I will surely be returning at this hotel later in the year.Rooms were cleaned and always made up before we returned in the evenings / afternoons.Staff very friendly and helpful.

Thank you for the wonderful review Xingbo W! We truly appreciate the feedback and I am very happy to hear that you enjoyed our hospitality.

We hope to see you again!

Report response as inappropriateThank you. We appreciate your input.
This response is the subjective opinion of the management representative and not of TripAdvisor LLC.
4states
Halifax, Canada
529360
Reviewed February 9, 2015
Excellent Service but sheets still too hot

We decided to give this hotel another try and overall it was a positive stay, however they still have the same type of sheets which seem to have a very high polyester content.
The staff are all extremely friendly and helpful, especially the lady hosting the breakfast who was constantly restocking and cleaning. The breakfast selection was excellent.
The room itself was a good size and generally clean with the exception of some plastic on the bathroom floor.
There is quite a large gap under the door so there is some noise from the corridor, especially when some obnoxious individual decides to have a very loud phone conversation right outside your door, although that's not the hotel's fault.

Room tip: Some rooms do face the highway so they may be noisier.
Ask 4states about Holiday Inn Express & Suites Halifax Airport, an IHG hotel
1  Thank 4states

Hello 4states! Thank you for your kind review. I am very happy to hear that you gave us another try and that you enjoyed our breakfast service. We hope to welcome you back again.

Report response as inappropriateThank you. We appreciate your input.
This response is the subjective opinion of the management representative and not of TripAdvisor LLC.
View more reviews
PreviousNext
1…515253…