All amenities in one place... - Beautiful Napili Shores Condo Inquire for Specials

“All amenities in one place...”
bThDXzIyX1hUNg==
other travelers have booked this property 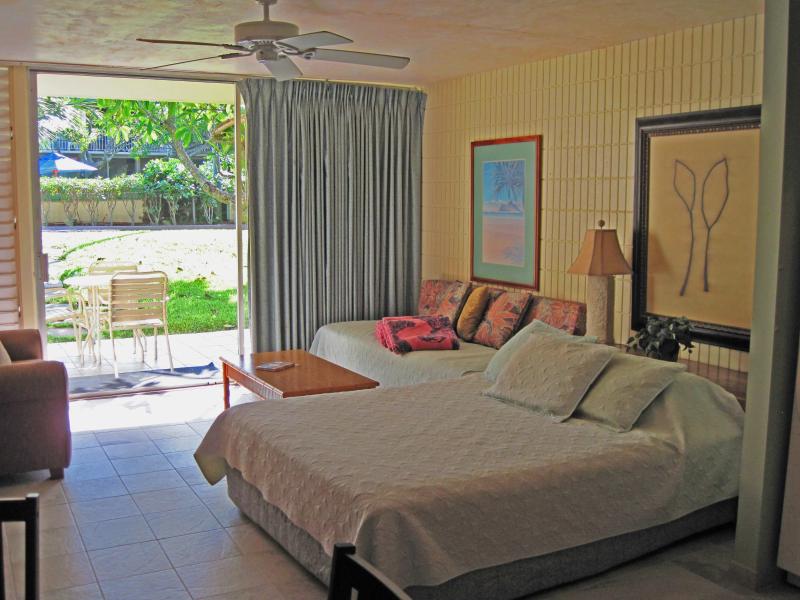 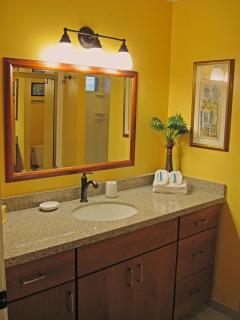 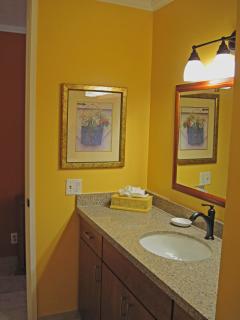 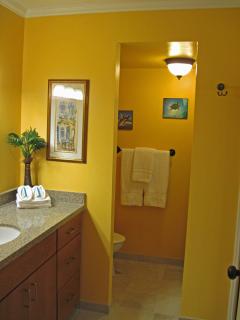 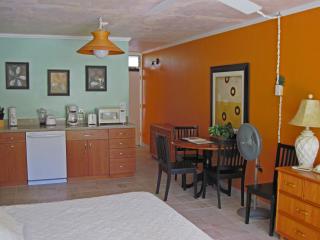 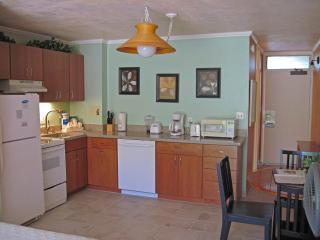 Our family, three seperate groups, just returned from a week at this hotel. My family included my wife and two adult kids (20 & 24) stayed in a one bedroom unit. The unit (135) was the furthest from the beach you could get but was still only a 5 minute walk. It had a bedroom in the rear, a totally stocked kitchen for everything you will need, two fold out couches (single and double) and a beautiful covered patio with solid walls which provides some extra privacy.

The unit was closest to the heated pool and spa which we used several times per day. Pool towels were provided and exchanged in the lobby as needed.

There are two very calm bays on either side of the resort both having very good snorkling. Make sure you go early in the morning.

All staff was outstanding from front desk to security to landscapers.

We ate at both the Gazebo and Iron Imu BBQ. Both had great service, food and the prices were very reasonable.

The only two downsides we found were that there was no air conditioning but as we got used to the heat the fans were enough and the second thing was that you could not unlock the patio door from the outside so you had to walk around to the back of the unit whenever you came back to the unit. Very minor downsides to us so it did not influence our rating.

Date of stay: July 2015
Was this review helpful? Yes
This review is the subjective opinion of a Tripadvisor member and not of TripAdvisor LLC.
Problem with this review? Thank you. We appreciate your input.

My family and I have come to Napili Shores several times and have found it to be perfect for us. It's within feet of some of the best snorkling on Maui, it's away from the big hotels and crowds, has comfortable accommodations at a reasonable price. We will stay here any and every time we come to Maui.

Date of stay: March 2015
Liked best: The location and cost
Liked least: nothing
Traveling group: Teenagers
Would you recommend this hotel to a friend?   Yes.
Recommended for:
Was this review helpful? Yes
This review is the subjective opinion of a Tripadvisor member and not of TripAdvisor LLC.
Problem with this review? Thank you. We appreciate your input.

The place was great! Full kitchen and huge bathroom. Nice portable beach chairs available, which was a nice surprise. Heated pool and jacuzzi right outside the room was great, but the real magic was walking down to the water about 100 yards from the condo. Turtles playing in the rocks right on the edge of the complex! Access to a very nice little bay (best snorkeling in West Maui in my opinion). Beautiful spot with outdoor chairs to watch the sunset and quick drive to Kaanapali Beach, Black Rock and other cool sights in West Maui.

Date of stay: April 2015
Liked best: Easy beach/ocean access
Liked least: Screaming kids in pool outside room (only one night but they stopped by 8pm)
Traveling group: Friends
Would you recommend this hotel to a friend?   Yes.
Recommended for:
Was this review helpful? Yes
This review is the subjective opinion of a Tripadvisor member and not of TripAdvisor LLC.
Problem with this review? Thank you. We appreciate your input.

Palmer, Alaska
Reviewed November 21, 2014 for a stay in November 2014
3
people found this review helpful
Date of stay: November 2014
Traveling group: Spouse/Partner
Would you recommend this hotel to a friend?   Yes.
Was this review helpful? Yes
This review is the subjective opinion of an individual traveler and not of Tripadvisor LLC nor of its partners. Tripadvisor performs checks on reviews.
Problem with this review? Thank you. We appreciate your input.
Previous Next
1 2
Updating list...
Still can't find what you're looking for?

Looking for a place to stay in Napili-Honokowai?
View all 354 vacation rentals