Outstanding self contained flats in an... - Wolfen Mill

Outstanding self contained flats in an idyllic setting

Outstanding self contained flats in an idyllic setting. Everything you could need is here and of a very high standard. Communal areas are well maintained and we'll decorated in keeping with the mill theme. There is a beautiful lake and gardens and even an outback bbq for use by guests. Nearby Chipping offers a selection of pubs, restaurants and takeaways in a quaint rural setting.

Wow, Wonderful to hear about your time with us. Hope you can make another stay with again sometime. Lost to see and discover in the Forest of Bowland. Thank you so much for choosing to have a break with us at Wolfen Mill. Myself, my wife and our team of helpers all value your appriciation of our efforts to make your stay enjoyable. Thanks once again.

Report response as inappropriateThank you. We appreciate your input.
This response is the subjective opinion of the management representative and not of TripAdvisor LLC.
See all 157 reviews
Nearby Hotels 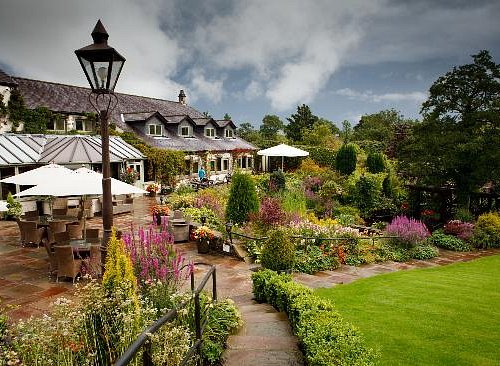 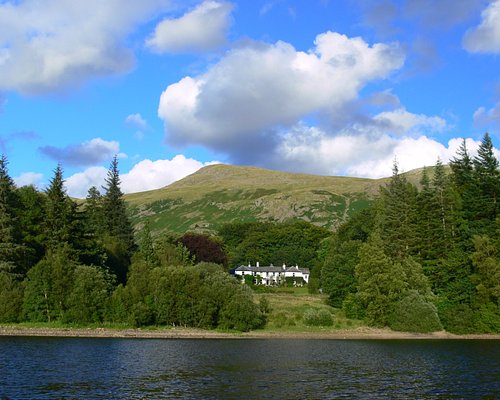 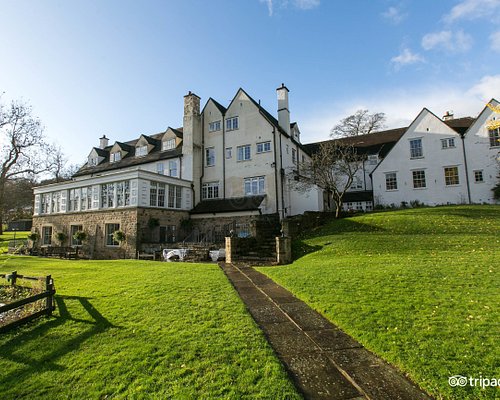 What can I say. Perfect in every way. Cottage was so homely. Lovely fire and comfy sofa. Bedroom looked amazing.kitchen compact but gorgeous. Views to die for. And such lovely people at the end of the phone if needed. Thankyou.

Soooo happy to hear that you enjoyed a lovely break, Thanks you for staying with us and thank you too for sharing your experince about us on Trip Advisor. Our part of Lancashire we believe is truely beautiful and you clearly enjoyed it too. kind regards.

Report response as inappropriateThank you. We appreciate your input.
This response is the subjective opinion of the management representative and not of TripAdvisor LLC.
ebnursey
Liverpool, United Kingdom
3041
Reviewed July 3, 2016
Mini break

Booked a mini break here in March, exceeded our expectations. We were able to take our small dog with us and cannot honestly say who enjoyed it more. The flat was furnished to a very good standard and was very clean. Bed was very comfortable, the kitchen was well stocked with cutlery crockery and equipment. Very good location to get out and about on walks into the countryside, or visiting nearby locations e.g Forest of Boland, wild boar park

Wow,
Thats so encouraging to hear what a lovely time you've had. Thank you so much for staying with us at Wolfen Mill.

Report response as inappropriateThank you. We appreciate your input.
This response is the subjective opinion of the management representative and not of TripAdvisor LLC.
Irene D
Liverpool, United Kingdom
54
Reviewed June 12, 2016
Peaceful wolfen mill cottages

Enjoyable short break at the delightful wolfen mill cottages,would highly recommend these well equipped,clean cottages,ideally located to enjoy the picturesque forest of bowland.would recommend a trip to ingleton waterfalls for the more adventurous

Thanks for letting us hear about the lovely time you had at Wolfen Mill. The Forest of Bowland is wonderful and you clearly appreciate the lovely scenery in the area. So pleased you enjoyed your stay ;-)

Report response as inappropriateThank you. We appreciate your input.
This response is the subjective opinion of the management representative and not of TripAdvisor LLC.
Eddie D
11
Reviewed June 9, 2016 via mobile
Stressfree break

Yes, I like Courtyard Cottage too, its cosy and quaint with the spiral staircase. Thanks for visiting us and the area we appreciate your custom and we hope we can see you back again another time. regards to you both.

Report response as inappropriateThank you. We appreciate your input.
This response is the subjective opinion of the management representative and not of TripAdvisor LLC.
David F
Ascot, United Kingdom
109
Reviewed June 9, 2016
A very expensive disappointment

We recently rented Beech Tree Cottage (June 3rd to 8th) to serve as a base from which to visit relatives in Lancashire and Yorkshire and it proved to be a good location if a little more remote than we had realised or wanted.

The furnishings and level of comfort were both excellent, although we failed to understand the point of a 3D TV that only receives Freeview. The kitchen was well provided with crockery, cutlery and general cooking equipment. Sadly, this is where the positives end.

We have a family situation that requires us to have telephone contact 24 hours a day and were dismayed and concerned to find that there is no mobile signal within 5 miles of the cottage and the fixed phone that is promised in the advertising was simply absent. Additionally, this meant that 999 calls would have been impossible. This led to a very stressful first night in the property. On the following day, we managed to arrange matters temporarily via emails and achieved communications of a sort via ‘WhatsApp’ and the Wi-Fi.

On the same morning, we then discovered that the fridge did not work and that butter had melted overnight. Cleaning up, we then realised that the bottle rack within the fridge was held in place by grubby silver sticky tape; hardly ‘5 star or luxury’. Most of the perishables, purchased the day before, had to then be thrown away.

This led to two very unsatisfactory attempts to speak to the owners via an extremely bad mobile connection. It transpired that the owners were on holiday abroad and all calls were being automatically diverted, after a lengthy delay, to an overseas mobile.

Initially we were promised that someone would be sent to fix the fridge after the weekend on Monday (this never happened) and as an interim measure were given access to another fridge in a vacant property. This is not what you want for early morning tea while on holiday. The fixed phone had allegedly been removed because ‘it was inoperative due to a BT line fault’. Strangely, on Monday morning a very pleasant lady (she didn’t introduce herself) appeared with a phone and plugged it into the wall socket where it worked fine. (I don’t believe in a miraculous BT fix in 24 hours!) Regarding the fridge, she told us to actually turn it down as ‘it had never worked on higher settings’. So clearly this was not a new problem. The ‘fix’ did not result in an appreciably lower temperature.

We then went out for the day only to find on our return that Wi-Fi had now ceased to work. By this stage, we had had enough, packed that evening and left first thing on Tuesday morning, a day ahead of schedule.

For us, the descriptions of ‘Luxury’ and ‘5 star’ are totally inaccurate. As a family, we have rented holiday accommodation on a regular basis all over Europe for over 40 years. Wolfen Mill is poor and poorly managed. Future potential customers should be very wary of the glossy advertising.

We are so sorry to read this report but ponder what more we could have done for you during your stay...Well lets look at the positive first, your review says;
'proved to be a good location' - thats good !
'The furnishings and level of comfort were both excellent' - thats great !
'The kitchen was well provided with crockery, cutlery and general cooking equipment'. That too is Great !

You mention about the 3D new flat screen TV and couldnt understand why we had this.
We we like to equip our properties with some of the best fittings that we can and thats what we've done. We have 3D DVD's for you to use, its a smart TV so you can use iplayer etc. connect to the internet and use it for making free skype calls. Its there along with a sound bar for your use and pleasure.

Then you explain concerns during your stay. The BT line into that property went down the afternoon of your arrival - thats a shame because we realise having a phone in the property deos help guests keep in touch but unfortunately it can happen. BT will not respond at lightening speed but it therefore appears we should be the blamed for faults in their infastructure. You contacted us and we explained how to use the internet (which comes in wrielessly via a seperate line) to keep in touch. We then provided you with a wireless handset to our own personal line to use - free of charge. Is this not good customer service?

You contacted us a second time to complain about the fridge - you reported that it didnt work. It turns out you had turned this up to its maximum. Any appliance engineer will confirm this is the worst thing you can do to a fridge freezer, it upsets how it works. Just give an appliance time at a medium setting of about 4 and it will work and cool. Once you did this the fridge did its job. The fridge is continuing to work normally after your visit. Nothing at all wrong with how the fridge works, it was just user error. You contacted us, we explained and all works well.

You reported the Wi-FI wasnt working at the end of your visit? We've not altered anything and it was working after you left, its still working now. sometimes laptops and phones need rebooting not just the internet. I think that perhaps technology produced a gremlin during your stay and we are the easiest to blame for this.

So all in all how and why are we to be blamed for such bad service that you might want to lambast us as 'Wolfen Mill is poor and poorly managed' You contacted us we reponded immediately, we explained things and we put matters right. I cannot quite feel that you are being totally fair to us. However we understand that you where on a difficult family mission and perhaps this has given cause to your feelings towards us.

We are so sorry you had cause to call on for assistance, sometimes things just do not flow totally how you might like but we did try to appease and help you, thats what we are there for and thats our job and we pride ourselves that in nearly all cases we keep things running along on top notch form.

Thanks for staying with us we appreciate you visit and your comments and we will strive to more and more to help others enjoy their stay At Wolfen Mill and ensure that Beech Tree Cottage continues to earn its coverted 'Gold Star' Award as well as its 5 Star Award from VisitEngland.

Report response as inappropriateThank you. We appreciate your input.
This response is the subjective opinion of the management representative and not of TripAdvisor LLC.
View more reviews
PreviousNext
1…101112…27