$90
$61
View deal
Free cancellation until 11/01/21
ZenHotels.com$67
Expedia.com
Hotels.com
View all 17 deals
Prices are the average nightly price provided by our partners and may not include all taxes and fees. Taxes and fees that are shown are estimates only. Please see our partners for more details.
perceval07
24

Away from the noise from downtown, but super convenient with a U3 subway station right near it. This place was quiet, very clean, and had an amazing breakfast. Nice restaurants and supermarkets within a couple walking minutes.
Lauren's suggestions at the desk made our 3-night stay and travel a memorable one. Can't thank her enough.

See all 1,047 reviews
Nearby Hotels 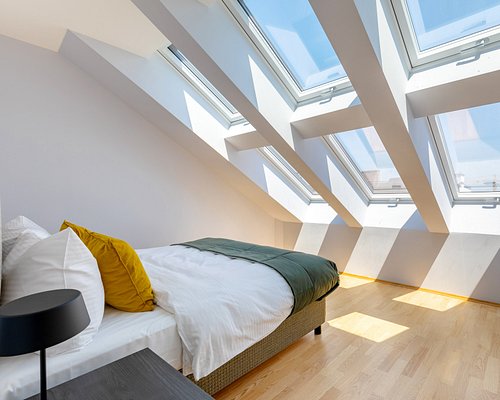 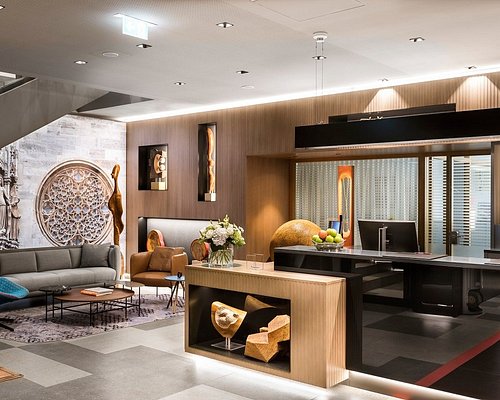 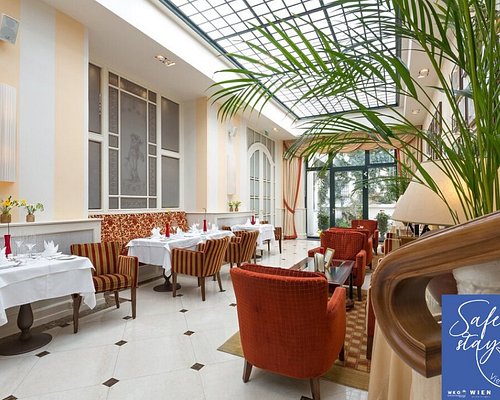 “Hotel Manager”, a complete stranger to me, entered my room while I was asleep, using his key. I fell asleep in the hotel room in the early afternoon. My husband was out and had his own keycard, so I did not hurry to get to the door when I was awakened by someone coming in. Then suddenly there was a COMPLETE STRANGER in my room, a tall man in his 40s, yelling something and coming closer to me. I was in my nightgown. HE DID NOT LEAVE when he saw that I was in, but instead KEPT COMING TOWARDS ME. I was terrified. He was a total stranger to me as he was not at the reception when we checked in. He did not introduce himself, had no ID, wore no uniform. He kept yelling at me and only left after I promised to pay for a minor damage on the hotel room table that I had not even noticed at the time. (I have photos and can provide details). I apologized and promised I would pay, so he finally left. He did not apologize for barging in.

I later paid what he asked for. I did not argue. It scared me and I could not sleep well for 2 days and tried to explain how awful it was only as I was leaving, at check out, when he also forced me to pay an additional amount before I could leave. I said I might write a review of the hotel mentioning this. He screamed at me, told me I can “write what I want”, that I was “not normal” and a lot else.

Those are the main issues, but there is a lot more, and if you are interested in the details, feel free to contact me on social media (instagram @tijana.medic).

I have no words about your behavior. It is impossible to comment this. It was unfortunately not possible to discuss with you in a reasonable way as you screamed without any possibility for me to say something when you checked-out.
The damages caused by you where so much, that we can not provide this room at the moment to other guests.
When I came to your room I knocked a few times at the door and was waiting but nobody react and therefore I opened the door. If you did not want to be disturbed you have hang out the red "don´t disturb" sign outside. We are a family running hotel and not a hotel chain. Therefore I don´t have a uniform, but a sign on my shirt where my name is readable. After I recognized you in the room I went back and you started talking with me. I explained who I am and why I had to check the room after the housekeeping recoginzed damages caused by you. Your were definitely not suffering a panic attac. I went out of the room and you came a few minutes later to the reception.
As you can read from many other very positive reviews me and my staff are all very friendly, helpful and polite to all our guests. I am sorry but your whole comment does not correspond to the truth.
I would appreciate if you choose for next stay in Vienna an other hotel.
Kind regards,
Erik Simulevski
Manager & Owner
HOTEL LUCIA

Report response as inappropriateThank you. We appreciate your input.
This response is the subjective opinion of the management representative and not of TripAdvisor LLC.
Mary A
13
Reviewed July 18, 2019
Extremely unpleasant experience...

Our 1st unpleasant incident:
One day, our room did not get cleaned (at all). We reported it to the reception staff, which arrogantly suggested that “it must be your mistake that you forgot the do-not-disturb sign on the outside door handle”. Since we were sure that we had placed it on the green/please-make-my-room and we complained that this was not the case, they gave us the most arrogant/rude reply we could ever anticipate: “Sorry, but we cannot authenticate your claim as it will be your word against theirs” !!!

Our 2nd unpleasant incident:
The day before our check-out day, we requested a late checkout as our plane was at 6pm. Our request was denied, the hotel does not allow this type of service. On our checkout day, we were running late, got a call at 11am that we had to leave the room, we offered our apologies and asked for another 30 minutes to finish packing, which was reluctantly accepted by the reception staff.
Around 11:10am, some old lady (probably the - family run - hotel owner) opened the door with the staff key, stormed into our room, stood in the middle of the room while we were getting dressed, mumbled a few german words, pointed at our luggage and said ‘fünf minuten’ (5 minutes), then stormed out of the room !!!

Ask Mary A about Hotel Lucia
3  Thank Mary A

This review is the subjective opinion of a Tripadvisor member and not of TripAdvisor LLC.
justmecqbm
Singapore
1431
Reviewed July 3, 2019 via mobile
Great breakfast

Me and my husband stayed in this hotel in Vienna during our Eurotrip. The breakfast spread is splendid!!! The room is huge and have basic needs. Great value for money!!! It has a tram and bus stop near, train station is 5-8 mins walk. There is also resto near.

This review is the subjective opinion of a Tripadvisor member and not of TripAdvisor LLC.
501alinaz
1942
Reviewed June 30, 2019 via mobile
Good quality

We are currently staying in this hotel and we feel Pretty pleased with our choice for 3 nights stay in Vienna.
I chose the hotel based on the reviews from the other travellers and, as always, everything is as described.
Mr Dimitri from the reception is a very nice person, always smiling and willing to help the guests. Previous conversations via email with Lauren also went smoothly and replies were fast and satisfying.
Hotel location is far from city center indeed but very close to the nicest attraction in town, Schonbrunn gardens. Also, I think location may be considered convenient as there are a lot of supermarkets and restaurants nearby(please take note that during the weekend absolutely no store is open). Transportation is also convenient as U3 line has a station just 3-4minutes from the hotel+a few buses stops nearby.
Regarding the room, this is pretty basic, but chill and spacious and with a very comfortable bed. The minus here would be that there is no mini fridge in the room and no slippers in the bathroom.
Another plus is the breakfast, which was dealicious!! Great variety to choose from and very good taste.
All in all, I am really happy with my stay and I would come back, chance given:)

This review is the subjective opinion of a Tripadvisor member and not of TripAdvisor LLC.
Helene432
Concord, California
33
Reviewed June 22, 2019
Great hotel with great breakfast

We really enjoyed staying in this hotel. It was clean, comfortable with good beds, staff was helpful and friendly. The breakfast was super with eggs cooked as you like on request. I would stay there again without hesitation.

Trip type: Traveled as a couple
Review collected in partnership with this hotel
This business uses tools provided by Tripadvisor (or one of its official Review Collection Partners) to encourage and collect guest reviews, including this one.
Ask Helene432 about Hotel Lucia
1  Thank Helene432