arthotel Blaue Gans
arthotel Blaue Gans
Lowest prices for your stay
Lock in the lowest price from these sites
$281
$266
View deal
Expedia.com$281
Hotels.com$281
eDreams$266
Priceline$280
CheapTickets$281
Travelocity$281
View all 14 deals
Prices are the average nightly price provided by our partners and may not include all taxes and fees. Taxes and fees that are shown are estimates only. Please see our partners for more details.
frogsleap18
whitehouse station, NJ
3154

Small hotel with humor and service

This small, boutique hotel, is located at the edge of the old town Salzburg and offers comfortable, well-designed rooms, a wonderful restaurant (both breakfast buffet and dinner were excellent), and a very helpful and accommodating staff. There are works of art displayed throughout the common areas, many of which display a sense of humor (an automated rabbit that dances to Santana's Black Magic Woman, for example). We thoroughly enjoyed our stay and would happily book again.More

Thank you very much for your lovely Feedback. We would be happy to welcoming you again during your Next stay in our hotel and in our restaurant.

Report response as inappropriateThank you. We appreciate your input.
This response is the subjective opinion of the management representative and not of TripAdvisor LLC.
See all 712 reviews
Nearby Hotels 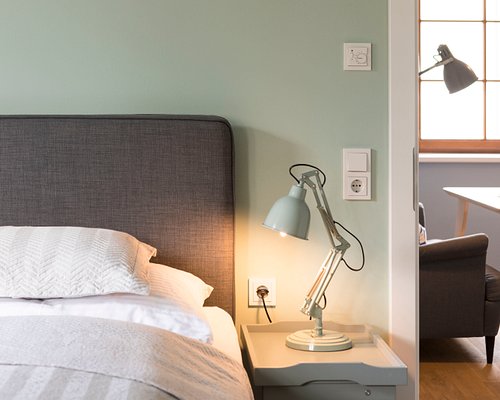 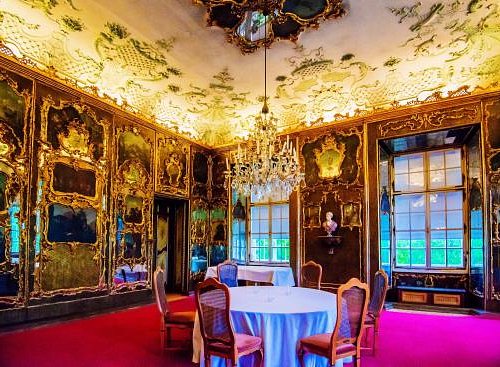 We had a terrific stay here. We were a large group but found the staff very accommodating. From check in to check out, every member of staff was friendly and helpful. Particular high lights were the modern and well maintained rooms, the various pieces of art work around the hotel and the location. Highly recommended!

Dear NeilsNYC,
thank you very much for your kind feedback.
We hope to see us again soon in our hotel.
Best regards,

Report response as inappropriateThank you. We appreciate your input.
This response is the subjective opinion of the management representative and not of TripAdvisor LLC.
bonmec
Los Angeles
2146
Reviewed March 20, 2019
Wonderful place to explore the city from.

This small hotel offers it all. The proximity to the historic downtown makes it the perfect spot to call home. The guest services are welcoming and very accommodating. Parking was easy and close. Added plus is the wonderful restaurant in the hotel where locals come to eat and enjoy the atmosphere.

Hello bonmec,
we also enjoyed your stay in our hotel & restaurant! Thank you for your kind Feedback!
We hope to welcome you again soon!
Best regards,
Johanna Bacher

Report response as inappropriateThank you. We appreciate your input.
This response is the subjective opinion of the management representative and not of TripAdvisor LLC.
waiake1
Auckland, New Zealand
963238
Reviewed February 26, 2019
Boutique, but not luxury

My last trip to Salzburg I ate in the hotel restaurant and was so impressed I decided to book a room. This time I had two rooms for two nights.
The booking process was a bit complicated as I was booking from New Zealand. This was easily sorted with a phone call. The arrival is a bit of a drama as there is a lot of construction in the area. There is a spot to park and unload, but it can be difficult to see and get to; be sure to study a map before arrival. The hotel offers to take your car to the garage, and luggage to the room. There was a disconnect and my luggage was left in the car. Once I informed the front desk this was cleared up quickly. When my second car arrived it was late, and the person who parked cars was gone for the day. This meant self parking and we found that the garage is a maze of a whole different level. After quite a hike we did manage to get back to the hotel.
Although I had booked dinner for two nights, the restaurant is shut on Sundays. The staff did direct me to another restaurant, but the confusion caused a momentary horror.
I had two rooms. One room was standard and on the main street where the construction was a bother in the morning. The second was a suite facing the courtyard which afforded a great sleep and had one of the largest showers I have seen in Europe. I suspect 10 people could fit in.
Each morning we had coffee in the room and then went down to breakfast which was grand. The staff is a bit sparse, but they are very willing. There is no redundancy so if there is a line you wait. This is fairly typical in boutique hotels. Despite the small quirks I will definitely stay here on my next visit to Salzburg.

This review is the subjective opinion of a Tripadvisor member and not of TripAdvisor LLC.
TheSGB
Hertfordshire
11465
Reviewed January 18, 2019 via mobile
Good but could be better...

We stayed for a week in December 2018. We were upgraded to a suite upon arrival (room 316)....a bedroom, seating area, large bathroom (2 sinks) and separate toilet. Generally a very nice room (We loved the wooden beams and bed), although not perfect.

The plumbing is clearly an issue in this old building with very noisy water pipes inside the walls (hidden), occasional fluctuations in shower temperature, a smell of drains in the bathroom at times and one absolutely boiling hot radiator which we could not turn down or off...we kept the windows open constantly. In the bathroom the bath towels provided were quite thin and tiny as well...but the main thing I disliked about the bathroom and separate toilet was the lino on the floor....it was filthy (looked like black marks from shoes or ingrained dirt or something...not our dirt) and is clearly impossible to get clean. In the bedroom there was only one pair of slippers provided between two and drinking glasses were never taken away/replaced the whole week.

We wanted to order room service breakfast but gave up after the first morning because there were no menus in the room (And it was all very well asking us if we wanted the small or large breakfast but without a menu we didn't know what was in either so resorted to just asking for the items we wanted). How happy I was to see a lovely pot of tea...which was in fact a pot of hot water with no teabag for which staff were very apologetic. On checking out there was no record of us even ordering this breakfast so it was kindly given to us on the house. Reception staff were friendly if a little disorganised.

Twice during our stay people came into our room when we were in it...very strange!! The first time was a mistake by housekeeping, the second claimed to be someone from reception and shouted an apology (We never saw them as we were in the bedroom but heard the door open
in the living area). I would have been pretty scared if I'd been alone.

Finally (and this is not the hotel's fault) there is building work next door which regularly woke us up at 7am or earlier....if the bells didn't wake us first!

You might think I'm crazy but in spite of all of these things I did like this hotel...it's quirky, a bit different, the bathroom was big with a lovely shower, bed was comfy and clean and, above all, the location is second to none. I don't think this hotel is quite the luxury hotel it thinks it is but if I could award it a 3.5 I would.

Oh and the little blue rubber duck to take home is a cute idea...Ours now sits on a shelf in our downstairs loo!

This review is the subjective opinion of a Tripadvisor member and not of TripAdvisor LLC.
MaryKay519
New York City, New York
196135
Reviewed January 11, 2019
Historical Hotel with Historical Quirks

My family and I spent two nights at this boutique hotel conveniently located in Salzburg. We stayed in the "Suite" which was a two bedroom, one bathroom unit with an efficiency kitchen. Be prepared for the lack of bellmen at this hotel - we had to lug our suitcases up and down narrow cobblestone hallways which had steps up and down along the way as well as leading into the hotel room. I was exhausted by the time I finally got my bag into the room. The living room was thankfully spacious as we needed to add a rollaway bed to it in order to accommodate our two college age sons. (The second bedroom was a single bed and if you stretched out your arms - you'd touch both walls - in other words - not hospitable for two "men" to sleep in.). The bathroom while contemporary/modern in style, lacked drainage sufficient to handle the shower flow. On both days, we encountered a fully flooded bathroom floor given the poor shower drain construction. Scheduling shower times to manage the water drainage became necessary. Housekeeping was also less than average...the lights in our room were very complicated and there were no instructions as to how to use them. We had burned out light bulbs when we first entered the room and left over food in the refrigerator - additionally, while it was known we were four in the room, the towels provided did not seem to match our headcount -ever. I'm struggling with this review as on the surface, the hotel was "charming", but practically speaking - it was hard to stay there on many counts.