Beautiful place to stay. Close to... - Haus Am Moos

Haus Am Moos
Haus Am Moos
Contact accommodation for availability.
There are similar hotels available.
View all
Julie B
Minneapolis, Minnesota
1523

Beautiful place to stay. Close to Salzburg, but away from the crowds.

Our famly of five stayed at this inn for one night. We had two separate rooms, one that slept two and one that slept three. Both rooms were very nice and had everything we needed. I had seen some reviews about the bathrooms being small so I was concerned going in. The bathrooms were small, but certainly not unreasonably so. There was plenty of room to shower without any problems.

The location is great! Close to the city area, but far enough away to not have all of the crowds. Our hostess recommended a nearby restaurant for dinner and the food there was so good!

Other notes: Our kids loved the pool and the owner's dog! Breakfast was very good with lots of variety. Our host and hostess were accomodating. The house itself is beautiful! We would highly recommend staying here if you are visiting Salzburg.More 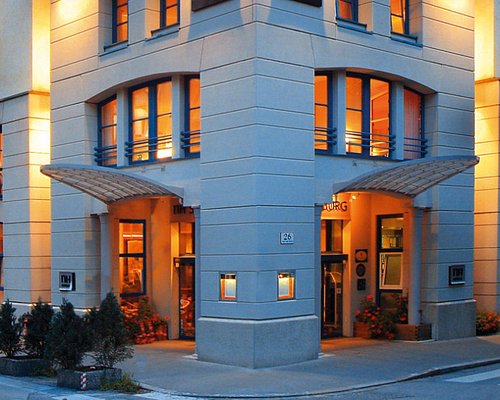 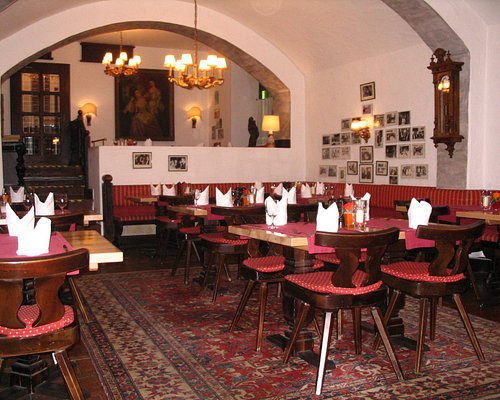 Absolutely stunning location a little out of town with a bus stop right outside making transport very easy. Gorgeous little house with really comfy rooms and a fantastic breakfast. Great value and a perfect spot to enjoy beautiful Salzburg (even a pool for when it gets hot!)

This review is the subjective opinion of a Tripadvisor member and not of TripAdvisor LLC.
Eurotrekker_10
Nanaimo, Canada
2116
Reviewed August 3, 2012
"Our home in Austria"

My husband and I have stayed with Walter and Gudrun twice (2005/2007) and will be staying there in 2015 when we next visit that part of Europe. Haus Am Moos is the most welcoming and and one of the most comfortable B&Bs we've stayed in over the years. I read with dismay the comment about there being no soap in the bathrooms and not having access to the remainder of the house and conclude that this reviewer did not understand the concept of European B&Bs. They are not mini luxury hotels! They are private homes with rooms to rent. The breakfast is substantial and you can easily vary your selection over your stay. We have stayed in two rooms which open onto the balcony; one was smaller than the other but both were completely comfortable. We will stay in the two person apartment on our next visit.
We love the convenience of the location; close to the Autobahn and a central home base for exploring the Salzburg area and close to the bus into town.
Whenever we "come home" to Haus Am Moos we are guaranteed a welcome from Walter and Gudrun and of course....Nino the dog.

Room tip: Rooms overlooking the pool open onto a shared balcony with views of the Untersburg mountain.
Ask Eurotrekker_10 about Haus Am Moos
6  Thank Eurotrekker_10

This review is the subjective opinion of a Tripadvisor member and not of TripAdvisor LLC.
JohnA507
Paradise Valley, Arizona, United States
15188
Reviewed July 31, 2012
Fantastic Place in Salzburg

On vacation with my family and we were fortunate to stay at the Haus Am Moos. The accomodations were perfect, the beds comfortable, very clean, plenty of space, and a fantastic value.
The breakfast was excellent. Lots of choices, delicious meats, breads, cereals and yogurt.
My biggest recommendation is that if you are driving to them, and coming from the autobahn, use a GPS or a detailed mapquest to find them. It will make it much easier to find. If you are coming from Salzburg then it is quite easy to find.

The owners were very accomodating, and had great suggestions as to places we might want to eat, see, etc.

This review is the subjective opinion of a Tripadvisor member and not of TripAdvisor LLC.
Katie F
Stuttgart, Germany
3515
Reviewed July 9, 2012
Sweet B&B

We took the bus as directed, which worked out well. Beautiful location, though the cars were quite noisy. The man at check in spoke English quite well and was very nice and helpful. There was a pool that he uncovered for us but we didn't get a chance to use it. The building itself is quite lovely, with plants everywhere and nice staircases and just very pretty. our room was just fine, a little dated but fine. The TV was a bit small and didn't work sometimes. We had a lot of bugs in our room, and our bed broke when one of us tried to climb on the bed to get a spider! but we fixed the bed OK! The bathroom was tiny and just awful. Unacceptable in my opinion, but we might've had the "cheap room" that I had seen offered on the website, not sure. There was just no room, and the bathmat slipped around on the floor which was dangerous. Sink in the room, door to the balcony which was shared with other guests, though we couldn't open the door. We had another room that also opened onto the balcony which was basically the same but for 1 person. Breakfast was very nice, and a sweet dog sat by our feet :) Very nice hosts. Would stay here again, but maybe with a car? OH the internet did not work at all, which he seems to know, but I just think something needs to be done about it. It is awful knowing there is internet, but it just doesnt work well enough to use it! It is like teasing us! Probably not their fault, but I wonder if they could change providers etc. It did work on the porch downstairs outside, but it was late and we wanted to Skype and felt bad being loud, plus getting bitten by bugs and being in the dark!

Thanks very much for your review.Also with this, i want to thank all the other guests who spend some time and do some review at trip adviser for our house.Most of them are very good and -so sorry to read- some are not so--but for shure i read them all and they are very helpfull.
we are always try to do our best and try to change bad things and make it better next time
i just want to make a short answer abouth the bathrooms---yes some of our bathrooms are very small and not so comfortable.I have this written also at our home page.And just want to make shure to our future planing guests that you can ask, with booking, for a larger bathroom.
Abouth the bugs? i am shure it means butterflies and mosquittos .It is always a problem in summer if the windows are open and the lights are on--so that is why we have some VERMIN PLUGS ( i hope it is the right word in english ??) in all the rooms at the tables. i always recomment to plug them in and turn off the lights as loong nobody is in the room
So thanks very much for the review and also thanks to all the other guests who stayed with us in all the years
with best regards
walter

Report response as inappropriateThank you. We appreciate your input.
This response is the subjective opinion of the management representative and not of TripAdvisor LLC.
jgibbs_12
Dewsbury, United Kingdom
4636
Reviewed July 2, 2012
June in Salzburg

Fabulous b&b run by Walter and his wife. Very welcoming and charming couple. This is the second time we have stayed here with exactly the same care and cleanliness.Breakfasts are nicely presented with adequate choice.Swimming pool a plus as it has been very warm.

Room tip: Most rooms are like suites.
Ask jgibbs_12 about Haus Am Moos
5  Thank jgibbs_12