Such welcoming and friendly hotel

Just returned from 2 weeks staying at Sammys. Arriving at 11 at night we were warmly welcomed by Budda and Matt who took charge of our cases and taking us to our rooms explaining about hotel meal times and amenities etc. The rooms were very comfortable with a refurbished bathroom and all public rooms light and airy. All staff very helpful and room kept clean the whole 2weeks. The meals were good with a choice but there were so many good restaurants about you could eat out just letting them know you wouldn't be in. The reception always helpful advising , ringing for taxis, etc. A lot of people staying there where returning guests over numerous years which speaks volumes for hotel. My party of 4 all agreed we would have no hesitation in returning. A big thanks to all staff for making our first trip to Northern Cyprus so enjoyable.More 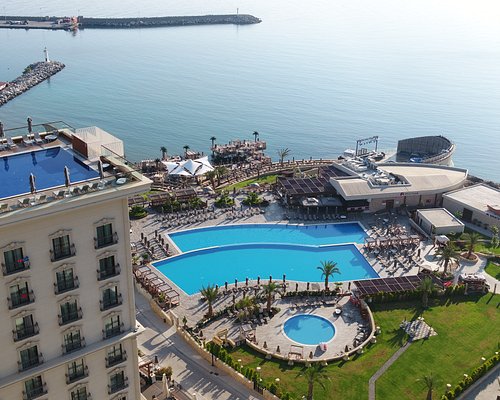 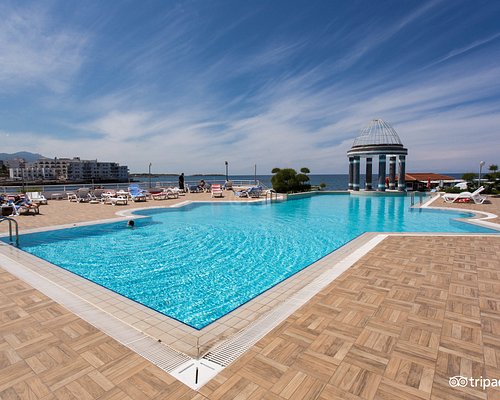 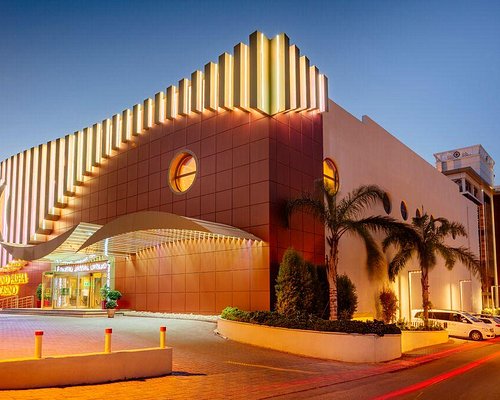 Originally picked this hotel because we had read okay reviews but our experience of the hotel was very different and ultimately extremely disappointing.
The hotel was miserable, dark and dingy, and this was supposed to be after it had recently been refurbished, so god knows what it was like before!!! The balcony was small with a view to a barren hotel garden and overlooking piles of rubbish on the street.
We booked half board thinking it would make our lives easier but when we got there, the food choice was very limited. The owner did have a positive approach to recycling…unfortunately this was the food…the stale bread you got in the morning appeared again with the soup in the evening, the melon from breakfast was regurgitated for your dessert in the evening. However it isn’t funny when you get served bread with green mould on it which we brought up with hotel staff and management who having witnessed this agreed it was not acceptable and agreed to deduct some of the charges on our bill, however on the last day we were asked to pay for all the items on our bill, we asked to speak to the hotel owner who denied serving mouldy food even though she had not witnessed it, she screamed and said “Pay the bill and get the hell out of my hotel”. Later after putting in a complaint through the travel company she responded differently by saying “it was only a bit of mould”…so that makes it okay then? And without any apology!! 0 out of 10 in the hygiene ratings and customer service, so if you value your health I would advise you to avoid the food….and even better avoid this hotel!
If you have just come out from doing a stretch in Wormwood Scrubs this hotel might seem like luxury but for everyone else, maybe not!
I would advise you not to waste your money here!!!

This review is the subjective opinion of a TripAdvisor member and not of TripAdvisor LLC.
alan s
Newcastle upon Tyne, United Kingdom
3924
Reviewed October 14, 2015
small and friendly

this was the first time we had been to Kyrenia in northern cyprus and we had an excellent holiday, not in a small way due to to the staff and fellow holiday makers at the hotel. Sammy,s only has 20+ rooms and the pool area is really excellent all the sun beds had mattresses and in good condition, the pool had a swim up bar and a separate lunch and snack area. The bathrooms have all been refurbished the rooms are small but comfortable, when booking request a balcony. We made several friends which made are holiday all the more enjoyable.

This review is the subjective opinion of a TripAdvisor member and not of TripAdvisor LLC.
BY123
Hornchurch, United Kingdom
2112
Reviewed October 13, 2015
Lovely hotel

Travelled to Kyrenia in August for a short holiday with my daughter and we stayed at Sammy's hotel. The hotel was lovely, felt really comfortable. It was clean, quiet, excellent location. We arrived at 2am but the young man on reception got us something to eat and was really helpful. All the staff were really helpful and nothing was too much for them. The pool was surprisingly big for a small hotel. Breakfast was included and was really nice. Overall it was a lovely little hotel in a good location, clean and friendly. I would definitely recommend this hotel.

This review is the subjective opinion of a TripAdvisor member and not of TripAdvisor LLC.
Penny J
Carlisle, United Kingdom
712
Reviewed October 8, 2015
Great family run hotel

Had a lovely stay here recently, the staff were so helpful and friendly,especially Walter who had an amazing supply of local knowledge and was always more than happy to help.
Breakfast was good,with a choice of eggs cooked to your choice.
The bedroom was refurbished and provided a hairdryer and tea and coffee facilities plus a fridge and aircon, perfect. The downside was the beds were really hard.
The swimming pool,beautifully clean with available sun beds at all times which is always a joy.
Would definitely go back, it was a very relaxing holiday.

Room tip: Our balcony was very small, would ask for a room with a bigger balcony next time.
Ask Penny J about Sammy's Hotel
1  Thank Penny J

This review is the subjective opinion of a TripAdvisor member and not of TripAdvisor LLC.
Suemed11
Mirfield, United Kingdom
11
Reviewed October 7, 2015
Sue

This was the first time I had been to Cyprus I went with my parents the hotel staff were very friendly the food was lovely I will be goin again thanks to the staff for making me feel welcome turan , kishan . Mert and boudha see you again soon

This review is the subjective opinion of a TripAdvisor member and not of TripAdvisor LLC.
View more reviews
PreviousNext
1…131415…46