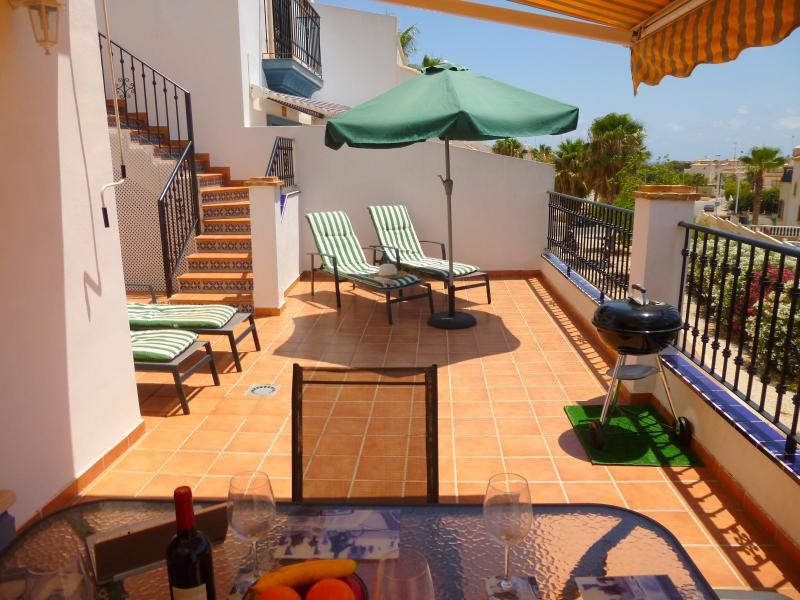 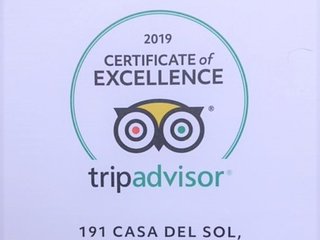 Excellent - based on 44 reviews
Write a Review

Spent 2 weeks in Case Del Sol during May, the home is exactly as seen on the website.
The home was roomy and the area was really quite at night, yet a 5 minute walk to Los Dolses plaza, although the plaza was sadly a tad run down. It was a nice 20 minute stroll to the Villamartin plaza and 25 in the other direction to Le Zenia blvd. So position of the house is perfect.
We were met by Richard when we arrived, as well as giving us the keys he let us know were everything was and suggested some places to eat etc.
The house was immaculate when we arrived we could not fault anything about in, both in terms of cleanliness and as I mentioned earlier, the position of the house.
Both the owner, Peter and the dream-cleanz the company that look after the home over in Spain were a joy to deal with and answered every question that was asked including arranging a spare set of keys for the house.
Casa Del Sol may not be the cheapest rental in the area but represents great value and with both its condition and position is a great option in Villamartin and I would recommend it without hesitation.

Date of stay: May 2014
Liked best: Position and condition of property
Liked least: Nothing
Traveling group: Spouse/Partner
Would you recommend this hotel to a friend?   Yes.
Recommended for:
Was this review helpful? Yes
This review is the subjective opinion of a TripAdvisor member and not of TripAdvisor LLC.
Problem with this review? Thank you. We appreciate your input.

It was the first time for us to choose a holiday-apartment instead of a hotel room. And we were a little sceptical. But all doubts vanished when we stood on the terrace of Casa del Sol. It is so large a plane could land on it. Not literally, of course. Not to talk about the view. Casa del Sol is one of the few privileged properties in Los Dolses that was build directly on a beautiful (and large) park where you can enjoy the view until the last sun ray because of its perfect orientation.
The apartment itself is well maintained, equipped and very clean. The livingroom is unlike many others suprisingly spacious but still cozy. AND: It provides comfort for actually four real persons and not the usual three and a half as we should find out later.
Talking about comfort. The next big supermarket is 30 (!) seconds away (by car). Add 15 more seconds and you'll get to a centro comercial with plenty of everything. Restaurants, bars, shops. On foot it takes approximately 10 minutes depending of how good of a walker one is.
Los Dolses itself is unlike many older urbanizations in OC coherent and harmonic. It has the peacefulness of an uptown residential area but with very down to earth prices.
The only downside was that we had to leave the apartment when we decided to stay a little longer to make space for the next renter. It was not so easy to find an equivalent new stay.
One great experience was to meet the owners in person. We left our sunglasses in Casa del Sol, Peter and his wife, the owners, not only contacted us instantly but invited us to have coffee with them.
To make a long story short:
It was such a great experience at Casa del Sol that we decided to buy a porperty ourselves in OC.
We only can hope that we'll get anywhere close to the high standards of Casa del Sol.

Date of stay: January 2014
Liked best: The overall experience.
Liked least: To leave Casa del Sol.
Traveling group: Spouse/Partner
Would you recommend this hotel to a friend?   Yes.
Recommended for:
Was this review helpful? Yes
This review is the subjective opinion of a TripAdvisor member and not of TripAdvisor LLC.
Problem with this review? Thank you. We appreciate your input.

Date of stay: August 2020
Would you recommend this hotel to a friend?   Yes.
Was this review helpful? Yes
This review is the subjective opinion of a TripAdvisor member and not of TripAdvisor LLC.
Problem with this review? Thank you. We appreciate your input.
Previous Next
1 … 4 5 6 7
Updating list...
Do you own a vacation rental? List it here.

Looking for a place to stay in Villamartin?
View all 189 vacation rentals