“Beautiful, relaxing, hospitable!”
Wkl1XzEzX2hZMw==
other travelers have booked this property 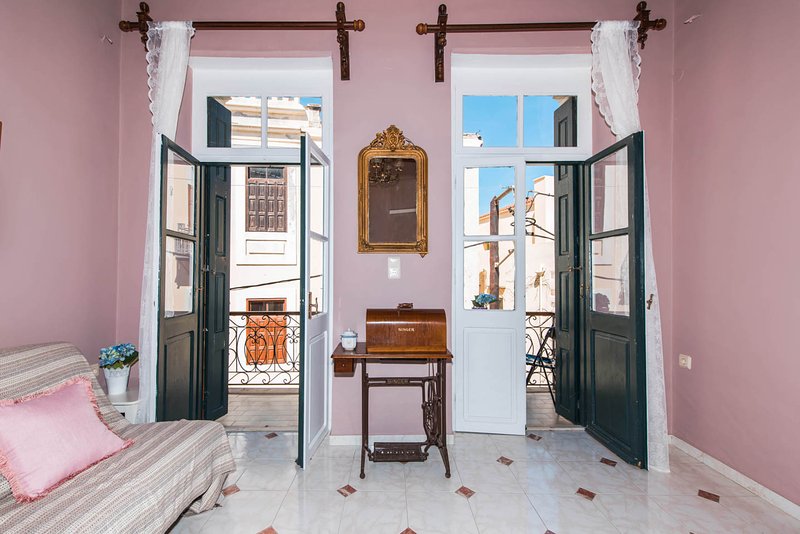 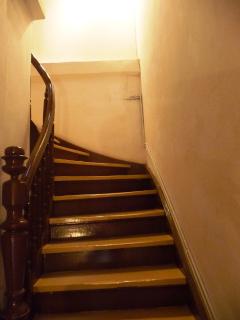 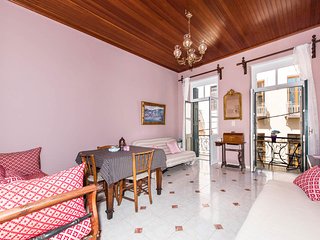 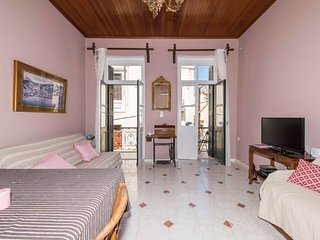 We had a fantastic time in this apartment; it is well presented, very clean and Dimitris was extremely hospitable (meeting us at the bus station, providing a wealth of advice and information and fruit for when we arrived!). The apartment is perfectly located within Rethymno old town (with some amazing places to eat very close - including across the road and in the church square). You can access everything you need very quickly from the apartment and the local area has some beautiful sights and activities. The apartment is very good value for money. An incredibly enjoyable stay - we didn't want to leave and hope to return soon! Thank you Dimitris for all your help and letting us stay in your lovely family home, Emma, Carrie and Kirsty.

Date of stay: June 2014
Liked best: The hospitality and support from Dimitris and the cleanliness and location of the apartment
Liked least: More fans would be good.
Traveling group: Friends
Your age range 25-34
Would you recommend this hotel to a friend?   Yes.
Recommended for:
Was this review helpful? Yes
This review is the subjective opinion of a Tripadvisor member and not of TripAdvisor LLC.
Problem with this review? Thank you. We appreciate your input.

2 helpful votes
“Excellent apartment in a good location”
Reviewed May 30, 2014 for a stay in May 2014
1
person found this review helpful

We were greeted by Nina the owners wife who showed us around and provided useful information including car parking.
Could not believe as she showed us around how much was provided, eg. coffee, tea, milk, washing powder for the washing machine, Iron and Ironing board. The list went on and on.

The apartment itself is very spacious with a living room containing 3 couches which could be converted to beds if required. Gives an idea of the size of the room that it was not cramped at all, there was also a television, video player including assorted videos and a broadband wireless modem.
.
Further there is a separate kitchen with all the appliances you could wish for, then a bathroom including the washing machine. Two bedrooms one with a double bed and one with a single.
Even though the apartment is in the middle of the old town close to the major tourist sites it is very quiet. We discovered that not much more than 100 yards away were two all night discos, we never heard a thing!
Dimitris provided us with his and his wife's mobile numbers and told us they were contactable any time if we wanted anything, a nice touch.

One note, if you have any difficulty managing stairs, as it says in the description the apartment is on the second floor and there is no lift. Fine for able bodied people and gives a way of working some off the good food available in the area

Date of stay: May 2014
Liked best: The amount of room, the equipment and consumables provided, the location
Liked least: Nothing
Traveling group: Friends
Would you recommend this hotel to a friend?   Yes.
Recommended for:
Was this review helpful? Yes
This review is the subjective opinion of a Tripadvisor member and not of TripAdvisor LLC.
Problem with this review? Thank you. We appreciate your input.

Great welcome from the lovely and knowledgeable hosts - Dimitri and Nina. The best thing about this apartment is its position in Rethymno. Although right in the middle of the old town, it is not above busy restaurants so no noise in the evening, (bedrooms are at the back so very quiet anyway). Every thing is in walking distance. Moments from great bars and restaurants. Seconds from the harbour and very close to great shopping. Cute little balcony to watch the world go by. The apartment is spacious and quite simple, but is very comfortable and well appointed with lots of character. The hosts have thought of everything with lots of little personal touches. Thank you for a wonderful stay!

Date of stay: March 2014
Traveling group: Young Children
Would you recommend this hotel to a friend?   Yes.
Was this review helpful? Yes
This review is the subjective opinion of a Tripadvisor member and not of TripAdvisor LLC.
Problem with this review? Thank you. We appreciate your input.

Date of stay: August 2019
Was this review helpful? Yes
This review is the subjective opinion of a Tripadvisor member and not of TripAdvisor LLC.
Problem with this review? Thank you. We appreciate your input.

Date of stay: June 2014
Was this review helpful? Yes
This review is the subjective opinion of an individual traveler and not of Tripadvisor LLC nor of its partners. Tripadvisor performs checks on reviews.
Problem with this review? Thank you. We appreciate your input.
Previous Next
1 2
Updating list...
Still can't find what you're looking for?

Looking for a place to stay in Rethymnon?
View all 1,471 vacation rentals