I stayed at the hotel with my husband. The check in process was very easy and quick. The location is perfect, 2 minutes walk to the metro station. The room was clean and very comfortable. We left for Santorini and were able to leave our luggage at the hotel since we had another booking right after we came back from Santorini.

Matina is amazing. The day we came back, it was early in the morning and she was able to find a room for us before the normal check in time, in order for us to get some rest. We also had a quick dinner at the lobby and the food was really good.More

Show less
Trip type: Traveled as a couple
See all 344 reviews
Nearby Hotels 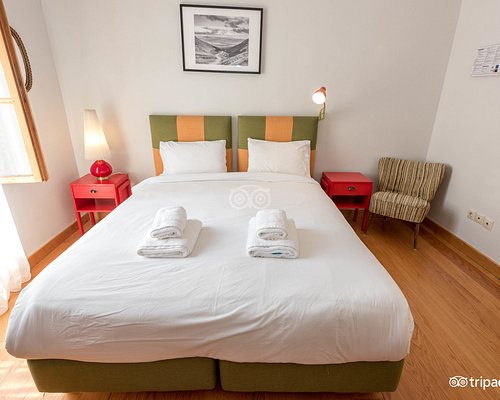 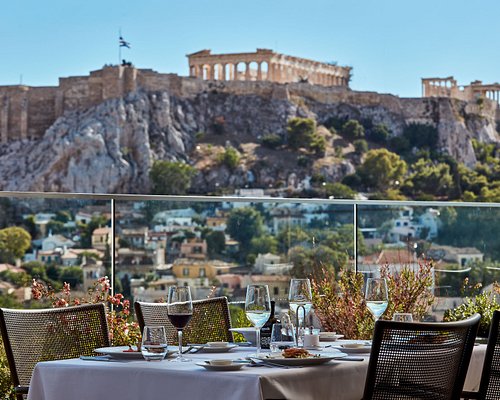 The hotel was easy to access from the airport via the metro. We had a corner room on the fifth floor - it was fairly spacious and clean ( curtains had a few cigarette burns). Bathroom was compact. Buffet breakfast was good. The staff (names escape me...young lady with short dark wavy hair and young, short guy...) were terrific and very helpful. Their command of the English language was great and nothing was too much of a problem.

This review is the subjective opinion of a TripAdvisor member and not of TripAdvisor LLC.
Cloudy_awe
Milan, Italy
7250
Reviewed November 5, 2017 via mobile
Budget hotel near railway station

Hotel is located near Larissa station which has both subway and regional trains. Room on the first floor was rather noisy as it is directly overlooking the busy street. Stayed two nights and bed wasn't done on either one, however the general conditions are not bad considering the price.

This review is the subjective opinion of a TripAdvisor member and not of TripAdvisor LLC.
ToTheWanderers
Australia
28177
Reviewed October 17, 2017 via mobile
Nice hotel, handy location

If you're looking for a nice, clean hotel with good metro access, this hotel is great. The room was nice and had all I needed. The shower pressure is low and the base of the shower is uneven (it is a bath that seems to have been designed for sitting, so is not completely flat). That being said, it is only a minutes walk to Larissa station (same line as Acropolis stop). I'm a little unsure about the area surrounding the hotel, doesn't seem the safest and there aren't really any restaurants in the area. I just caught the metro back into the centre as there's heaps of food options there. The staff are really friendly and helpful. The breakfast is also fine.

This review is the subjective opinion of a TripAdvisor member and not of TripAdvisor LLC.
archie m
Boston, Massachusetts
1623
Reviewed October 14, 2017
Nice Hotel Located Near the Train Startion

I stayed at the Hotel Ariston for two nights in October. It is conveniently located less than a block from Larissa train station and the metro subway stop. There isn't much in the way of restaurants in the area. There is a decent coffee/pastry shop called Everest next to the train station and a supermarket across from the Hotel Oscar. The neighborhood safe, but there are homeless people.

The hotel is small, but recently renovated. My room was small, but clean. Beds are hard. But I've found this to be true across Europe. One drawback for Americans would be the way you turn on the lights. Your hotel key is a card that you place in a card holder. That controls the lights. If the card isn't in its holder, the lights or TV wont go on. So, everything is turned off when you leave the room with the key card. I had this type of key card for two hotels in Athens.

There wasn't a big selection for breakfast, but it was tasty. There was good yogurt, honey, fresh fruit, feta cheese, ham/cheese slices, fresh bread, fresh fruit, mini cheese pastries (which as popular in Greece), juice and as much Greek coffee as you could drink.

This was a very nice hotel, reasonably priced. It's easy to hop on the subway and get to the Athens nightlife as well as all the tourist attractions. I stayed here because I needed to catch the early train to Kalambaka.

One last drawback, it's a hotel. It means that you will hear doors slam at all hours. You will hear talking and you will hear street noise. Athens is noisy. These are not quiet rooms. This is something you learn to deal with if you travel in Europe.

Room tip: Rooms with a balcony have more street noise, but the breeze is nice during a hot evening.
Ask archie m about Hotel Ariston
1  Thank archie m

This review is the subjective opinion of a TripAdvisor member and not of TripAdvisor LLC.
Yanamaya13
Jebel Ali, United Arab Emirates
45
Reviewed October 3, 2017 via mobile
Friendly staff & great location

Great location! Its just a minute away from the train station and taxi queue. Lots of grocery & shops nearby as well as local restaurants and bakery. The room is tidy and well maintained. Staff are friendly and very helpful!

This review is the subjective opinion of a TripAdvisor member and not of TripAdvisor LLC.
View more reviews
PreviousNext
1…345…58